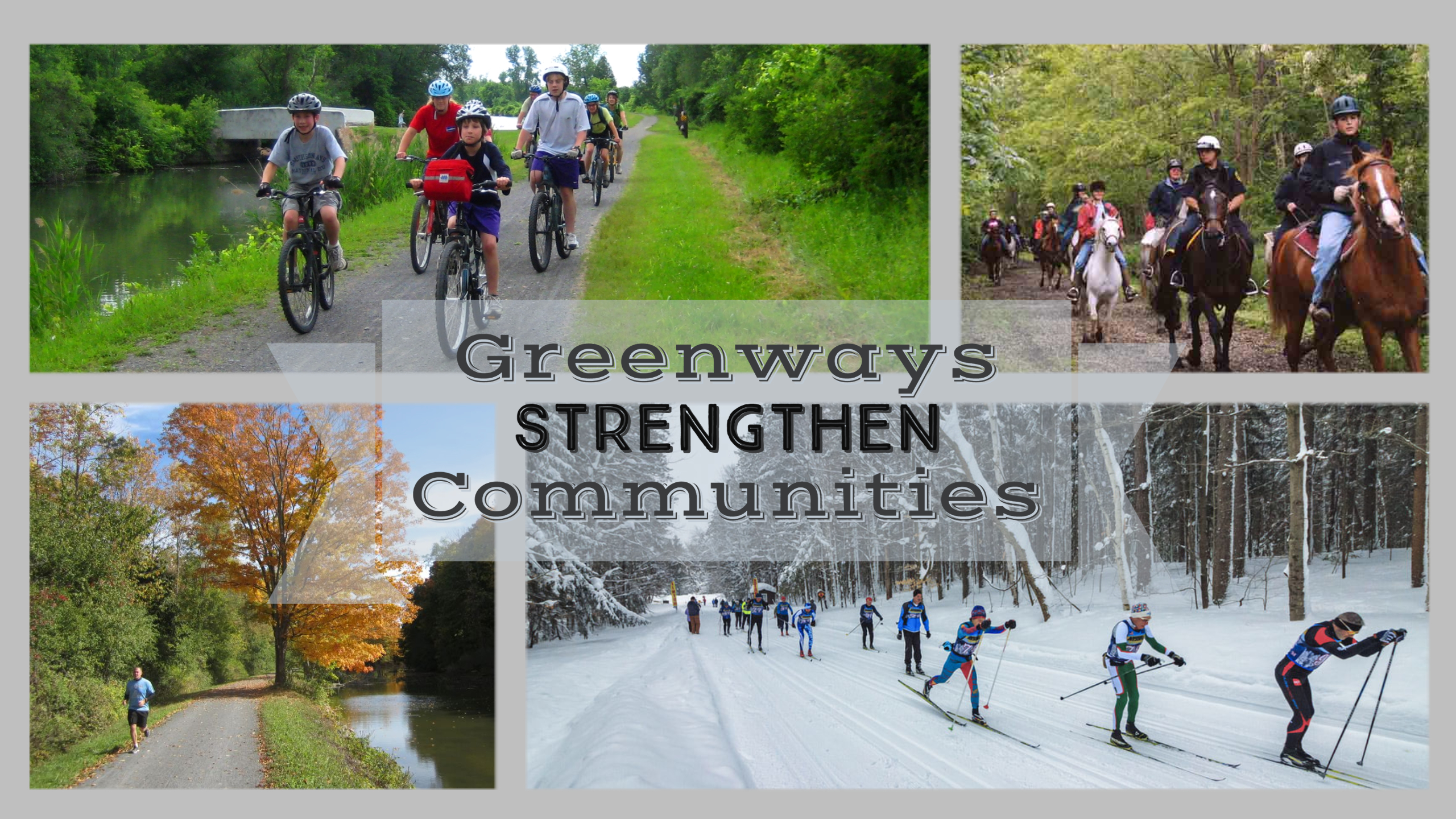 As part of the Greenway Trails Plan, PTNY and OPRHP are hosting quarterly meetings with stakeholders and partners involved in the ownership, planning, development, and maintenance of greenway trails across the state. These meetings serve to cultivate connections, solicit information and data, and review and prioritize the goals and recommendations of the GWT Plan. The stakeholders involved in these meetings will also provide input on the annual greenway trails progress report (see below).

We are collecting input from greenway trail advocates, planners, managers and users on projects and other efforts that should be included in this report.

PTNY is in the process of researching and writing a publication that will provide an overview of effective steps for non-profits, local governments, planning organizations, and other trail groups seeking to develop GWTs in New York. The document will contain recent example projects and success stories from across the state, strategies for identifying potential trail corridors and acquiring land, ideas for partnerships, and more. This publication will be released in 2023.

In Spring 2020, Parks & Trails New York (PTNY) and the New York State Office of Parks, Recreation, and Historic Preservation (OPRHP) partnered to create a survey for the general public about current use of and preferences for greenway trails, as part of the 2021 Statewide Greenway Trails Plan. The survey included 15 questions about general greenway trail activities and five demographic questions.

READ THE SURVEY RESULTS AND ANALYSIS

The more than 2,400 survey responses make it evident that greenway trails are a highly valued and well-used resource for residents in all parts of the state. The full survey analysis is included as an appendix in the Statewide Greenway Trails Plan, and can also be found here.

PTNY was instrumental in leading the charge to pass the legislation that required the state to complete the plan. Read more about PTNY's advocacy efforts here.

On April 23, May 12, and June 4, PTNY hosted three webinars with statewide stakeholders, including county-level planning staff, MPO staff, and trail managers, to introduce the plan, request information to inform plan components, provide the opportunity for feedback and recommendations, and to solicit the sharing of GIS data for inclusion in the plan. From this webinar series, PTNY drafted a summary document to help inform the goals, vision, and recommendations in the plan.

In addition to the webinars, PTNY solicited participation in an online survey from April 30 to July 2, 2020 intended to form a cohesive narrative about what kind of activities greenway trail users engage in, why, how often, and what aspect of trail development and maintenance they would like to see prioritized in the future.