The 2016 Capital District Trail User Counts were conducted by Parks & Trails New York for the Capital District Transportation Committee (CDTC). Counts were conducted during the month of September (2016) at 22 locations on nine multi-use trails in Albany, Rensselaer, Saratoga, and Schenectady Counties. These trails varied in length, surrounding density of development, and the number of access points. All nine trails allow multiple uses such as bicycling, walking, and rollerblading.

The counts used the National Bicycle and Pedestrian Documentation Project's methodology to ensure that accurate comparisons could be made between future counts at these locations and against other trail counts conducted across the United States and Canada using the same methodology. In accordance with this methodology, trail count assistants performed observational counts during two-hour peak usage periods on a Tuesday, Wednesday, or Thursday and on a Saturday of the same week. Electronic counters also collected seven continuous days' worth of data to supplement the observed count data.

These counts mark the second time CDTC has conducted trail user counts in the Capital District. The previous counts, conducted in 2006, used a different methodology and counted fewer locations, however, some comparisons, such as between gender and mode split, can be made. 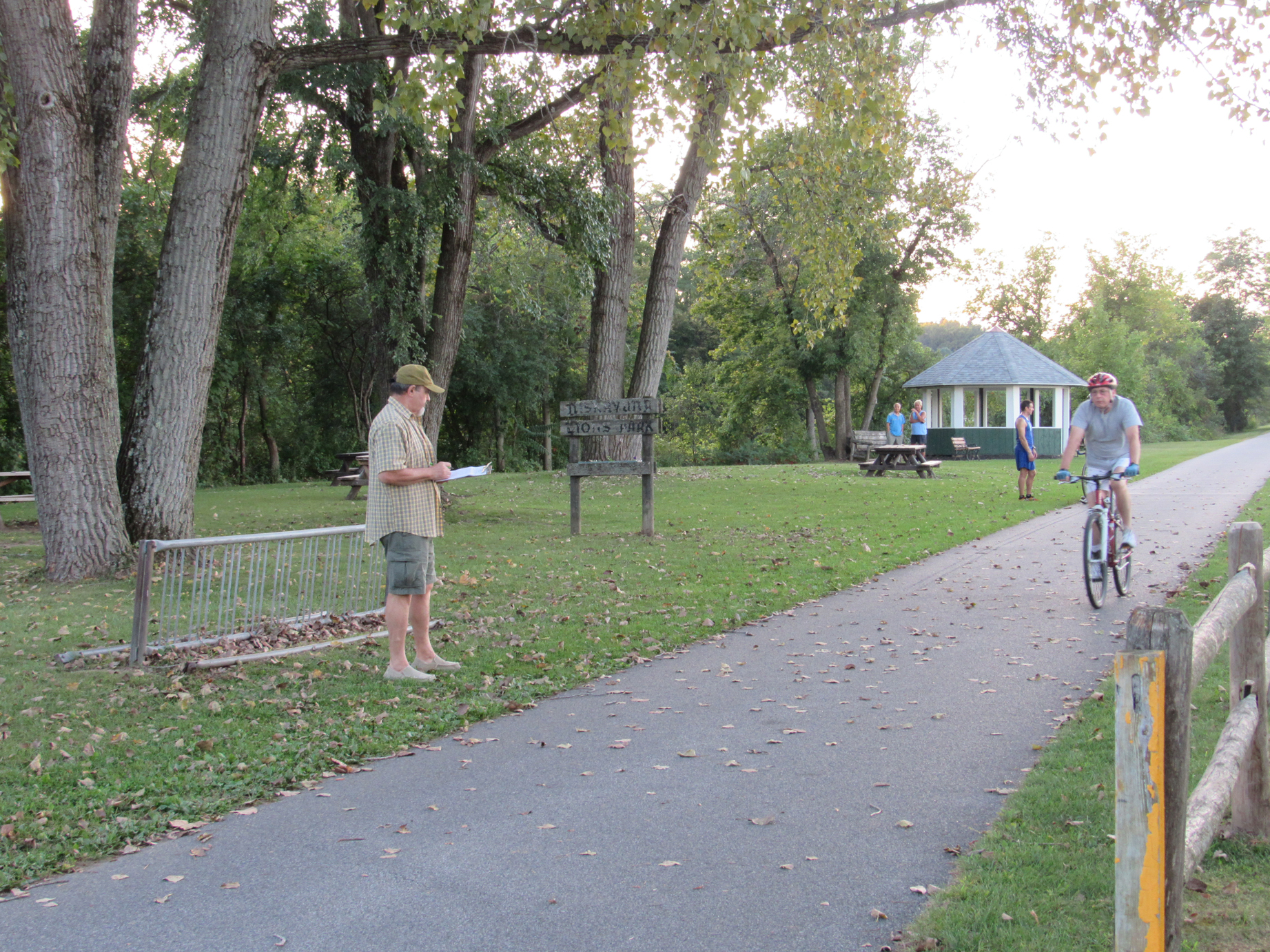 As these counts demonstrate, trails across the Capital District are well used by a variety of people throughout the course of the day and week. Individual results for each trail are located below in the Trail Count Profiles section and are also included in the full 2016 Capital District Trail User Counts report.

Use the map below to learn more about each of the 22 locations counted in the 2016 Capital District Trail Counts. The location markers are sized proportionally based on the annual usage estimate calculated using the NBPD methodology. The map also displays each location's gender and mode split based on observational counts conducted during peak usage hours on one weekday and one weekend.

PTNY created individual trail count profiles for each of the locations counted in the 2016 Capital District Trail User Counts. These profiles display the large amount of data collected during the count in an easy to read format that is consistent across all 22 locations.

The Capital District Transportation Committee (CDTC) is the designated Metropolitan Planning Organization for the Albany-Schenectady-Troy and Saratoga Springs metropolitan areas. CDTC is a forum for local elected officials and transportation representatives to share ideas and make decisions about major transportation capital investments, including bicycle and pedestrian infrastructure.