Decisions regarding design, funding, operation, maintenance, and promotion of New York State's growing network of multi-use trails are based in large part on understanding the level and type of trail usage. Estimates of annual trail traffic volume inform current and future expenditures for construction and maintenance; they also demonstrate the economic impact of these trails on the counties, towns, villages, and cities across the state.

Parks & Trails New York began using trail counts in 2005 to support anecdotal claims of the Erie Canalway Trail’s popularity among walkers and cyclists with more objective evidence. PTNY has taken the lead in New York State in using the most innovative and accurate methodology to measure trail usage. In partnership with the New York State Canal Corporation, the Department of Health, the Capital District Transportation Committee, and local municipalities, PTNY has conducted trail user counts in dozens of locations across the state since 2005.

Who's on the Trail? 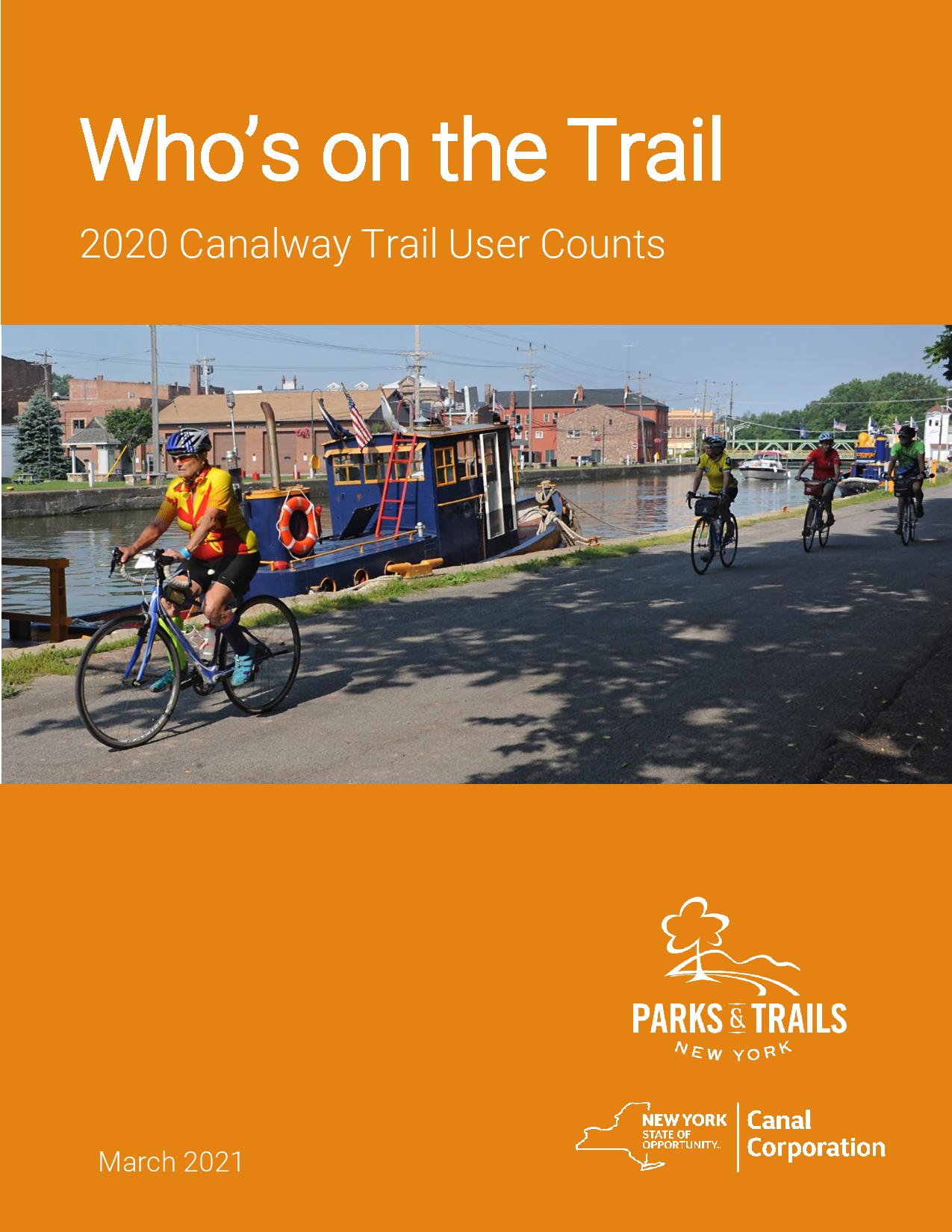 Each year since 2005, PTNY and the NYS Canal Corporation have conducted trail counts at several locations along the 524-mile Canalway Trail system.

The 2020 Who’s on the Trail report marks the 16th annual trail count conducted by Parks & Trails New York for the New York State Canal Corporation in an effort to develop a comprehensive profile of trail usage across the Canalway Trail system. This year's report also includes an estimate of total visits along the length of the Erie and Champlain Canalway Trails - a whopping 4.2 million trips!

WHO'S ON THE TRAIL REPORTS FROM PREVIOUS YEARS