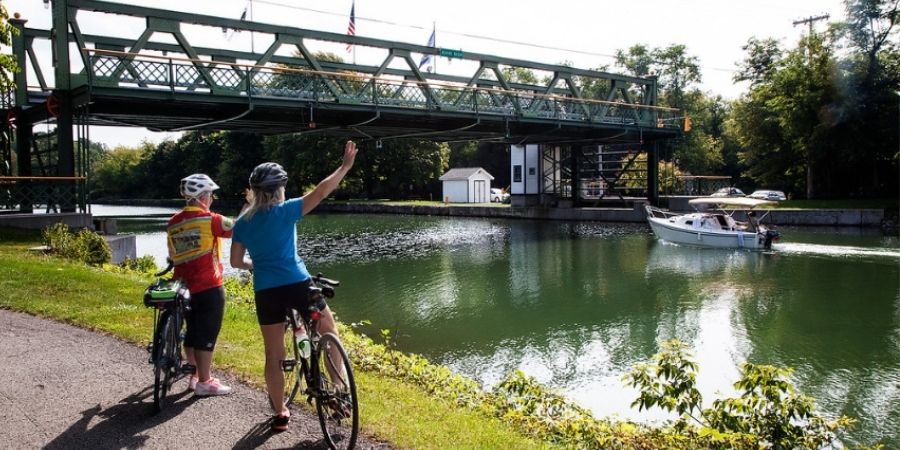 Since 1995, Parks & Trails New York has worked in partnership with the New York State Canal Corporation to create a trail system that is an asset to nearby canal communities and a destination for bicyclists from around the world.

Early on in this partnership, PTNY and the Canal Corporation focused on assessing gaps in the trail network, hosting community charrettes, and developing local interest in the trail and support for continued development. As these efforts progressed, a strong emphasis was placed on advocating for closing the gaps in the trail. During that time, we published annual Close the Gaps reports, and held media events such as close the gaps bike rides and postcard-writing campaigns. These advocacy efforts were a significant factor leading to the 2017 announcement that the state would create the Empire State Trail.

Today, our partnership is focused on community engagement and promoting the Trail. PTNY currently administers the following programs in partnership with the Canal Corporation.

The primary source for the general public to receive information about the cycling opportunities available along the Canalway Trail system, CycletheErieCanal.com features an interactive map, information on PTNY’s annual Cycle the Erie Canal Bike Tour, and trip planning resources, including information on lodging, things to see, and bike shops, and events along the trail. 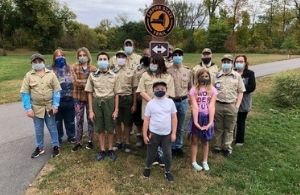 Through the Canalway Trail Adopt-a-Trail program, members of the public have the opportunity to join a network of stewards that assume primary responsibility for routine maintenance along the Erie Canalway Trail throughout the season, offering a safe and enjoyable experience for users of all ages and abilities. 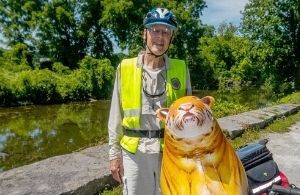 Trail Ambassadors are the “eyes and ears” of the Erie Canalway Trail, and are responsible for offering assistance with directions, local attractions and lodging, and other issues that are encountered on the trail. 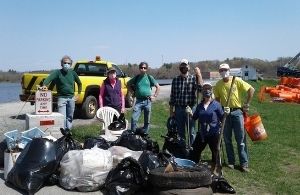 Each year, in commemoration of Earth Day, members of the public, community organizations, and local groups join together to participate in Canal Clean Sweep to prepare the Canalway System for the recreation season by cleaning up debris and undertaking various beautification projects. 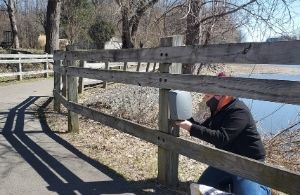 Parks & Trails New York conducts annual user counts along the trail through both manual surveys and by using electronic counters, and produces an annual report summarizing usage along the trail. The data collected is used to create an annual report, “Who’s on the Trail?” In 2020, usage of the Canalway Trail totaled 3.97 million people, up 32%, or nearly 1 million users, from the 2019 figure. 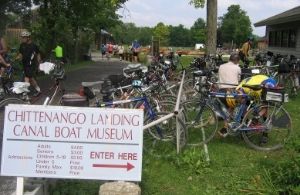 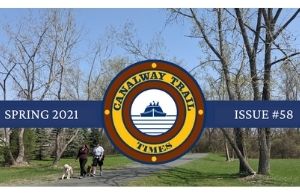 The quarterly Canalway Trail Times newsletter provides updates on work to expand and enhance the state’s Canalway Trail network. The newsletter is digitally available, and highlights the many volunteers and businesses that make the Canalway Trail such a wonderful, unique place to visit. 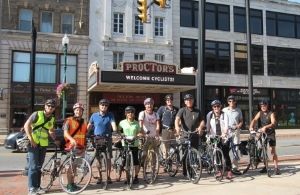 The annual Bicyclists Bring Business (B3) event is held in a select location along the Erie or Champlain Canalway Trail. The event includes a workshop and community bikearound that provides community partners, businesses, residents, and cyclists a unique set of resources to help them capitalize on the growing bicycle tourism market in their area. 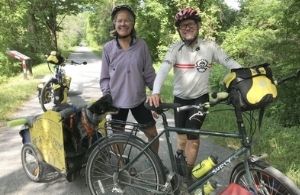 The End-to-End Recognition Program acknowledges those individuals who complete the entire 360-mile Erie Canalway Trail between Buffalo and Albany. An End-to-Ender is anyone who has traveled the entire trail, by bike or foot. It can be in one multi-day trip or in segments over a long period of time. Since 2012, almost 2,000 people have since shared their End-to-End experience along the Erie Canalway Trail.