TrailsBlog: Gateway to the Adirondacks

TrailsBlog: Gateway to the Adirondacks 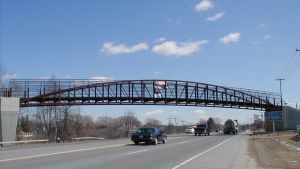 As the calendar rolls into summer, the crowds flock north into the Adirondacks, searching for a respite from the heat, a scenic hike, or just the tranquility of being in nature. While many drive north along the Adirondack Northway, those who are searching for a two-wheeled route can turn to the Warren County Bikeway.

Running 10 miles between Glens Falls and Lake George, the Warren County Bikeway was one of the first rail to trail conversions in the state, and to this day remains a popular, convenient route for those looking to travel by bike for exercise or just for a fun day’s excursion. 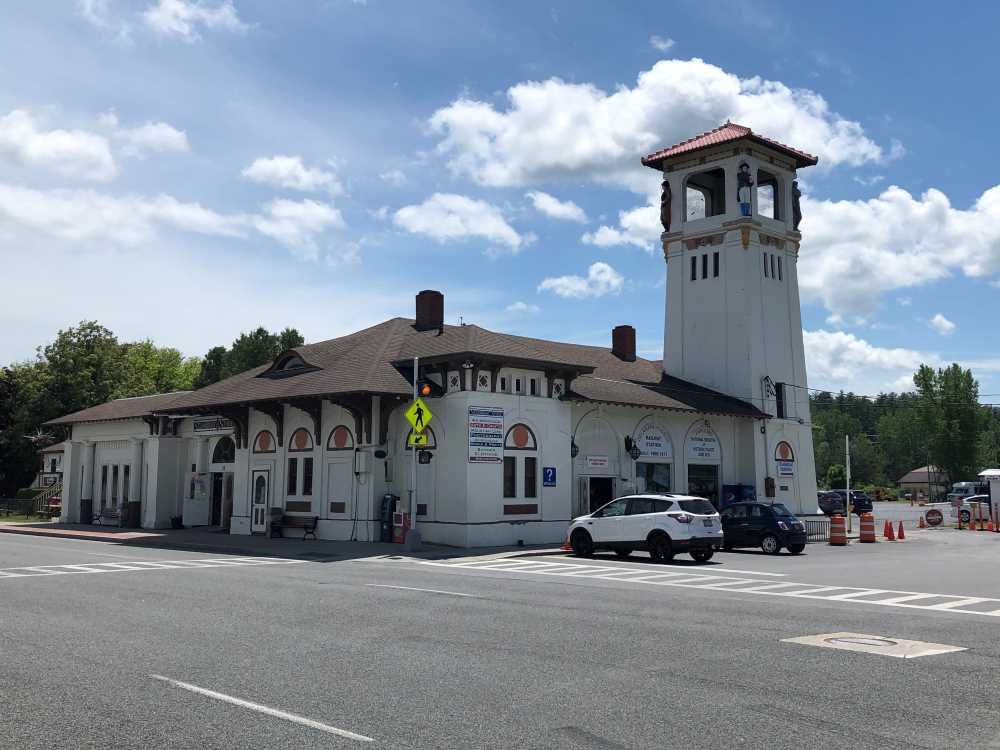 History of the Trail

In 1882, the Delaware and Hudson Railroad opened a new branch line running north from Glens Falls to Lake George, a connection that made possible a spectacular tourist route that would have vacationers travel south on a steamer on Lake Champlain to Fort Ticonderoga, make a short transfer by rail, then continue on a second steamer the length of Lake George to the port then known as Caldwell. There travelers could transfer to a waiting train and arrive in New York City the following morning.

This connection greatly spurred the development of Lake George (the village was incorporated and renamed in 1903) as a tourist destination. The former rail station stands today as a tourist shop, across the street from the still operating Lake George Steamship Company and just down the road from the famous “Million Dollar Beach.” Massive public investment in automobile infrastructure led to the demise of hundreds of passenger routes around the country in the mid-20th century, and service on the Lake George branch was no different, with the last trains running on the branch in 1958.1

In 1978, the line was officially converted to a rail trail, one of, if not the first such conversion in the state.2

The trail’s southern end is at Platt Street in Glens Falls (the rail line is still in use south of here), and the bikeway runs through residential neighborhoods, cutting at a diagonal across city blocks (and along Leonard Street for a short stretch). A parking area off of Leonard Street is a good place to start a ride to Lake George. In addition to the many downtown businesses in Glens Falls, the bikeway runs just past Grey Ghost Bicycles on Lawrence Street, and past the always busy Cooper’s Cave Ale Company (which features burgers, craft beer, gourmet sodas and a window serving homemade ice cream). For rides ending in Glens Falls - Cooper’s Cave makes a great stopping point. Bike racks located along the trail make it easy to pop in for a quick drink, bite or cone.

In 2019, PTNY, in partnership with Adirondack Cycling Advocates, brought our annual Bicyclists Bring Business roundtable and community bikearound to Glens Falls, Part of the route of the bikearound involved a ride on the Warren County Bikeway, and the workshop looked at how well Glens Falls attracts the business that cyclists bring.

The trail continues its diagonal route across the city grid for a few blocks further before a busy, challenging crossing at Bay Road. Cyclists should use caution at this road crossing because while there are traffic lights , it is difficult for trail users to see what the lights are displaying or to know when traffic will yield to them.

The trail continues through an office park before following a bridge over Quaker Road which, when opened in 2000, allowed the trail to extend into Glens Falls. Cyclists should use caution at subsequent busy crossings at Glenwood and Country Club Roads. At just over three miles from its southern end, the trail begins its only lengthy on-road segment, routing via Country Club Road, Round Pond Road and Birdsall Road, the first two of which can have heavy and fast-moving traffic. A sharp rise on Birdsall Road and quick descent allows riders to get moving very fast - but take note, the trail picks up again on the left with little advance notice.

When the trail resumes, it follows a short stretch that was actually not the routing of the D&H Lake George Branch, but the path of the former Hudson Valley Railway that ran electric trolley service from the Albany area up to Lake George before being abandoned in 1928. The trail through this stretch runs between a marshy area and Glen Lake, although houses obscure the view of the lake in most places. Just over the ridge to the left stands the popular Great Escape amusement park, From Glen Lake Road, the trail begins a noticeable incline (about 110 feet of gain over ¾ of a mile - welcome to the Adirondacks!) to where another bridge takes trail users over busy Route 149.

Through the next stretch, the trail returns to the old railroad bed, where it runs through a wooded area that runs parallel to a small creek. Along this stretch, you cross the so-called “blue line” that marks the boundaries of the Adirondack Park Preserve. The trail the rises to meet its highest point alongside U.S. Route 9 before beginning a rapid descent into Lake George. A quick stop to read the historical signage through this stretch is worth it - the area boasts a fascinating military history as part of the French & Indian and the Revolutionary Wars.

The trail then curls around along its final descent, passing through the NYS DEC Lake George Battleground Campground and Day Use Area, before reaching it’s northern end just across the street from Lake George, and a short walk or ride to the shops and restaurants of Lake George Village.

While the Warren County Bikeway is worth a visit on its own, an increasing web of connections has the trail poised to serve a significant role in the state’s Greenway Trails network into the future. The southern end of the Warren County Bikeway is only blocks away from the Feeder Canal Trail, which itself runs east to a connection with the Champlain Canalway Trail, a part of the state’s Empire State Trail. Less than two miles away from the trail near Glen Lake is the popular Gurney Lane Recreation Area, which in addition to a large outdoor swimming pool, includes a newly expanded Mountain Bike Park, with over 13 miles of single- and double-track trails. And at the north end, discussions among regional planners and advocates have been seeking a potential route to extend the bikeway up to Warrensburg where, eventually, it might be able to connect with the proposed Upper Hudson Rail Trail, which could extend as far as 87 miles between Saratoga Springs and the source of the Hudson River near Mount Marcy. A gateway to the Adirondacks, indeed.

For a GPX file of the Warren County Bikeway, click here

1 - For more on the history of the Delaware and Hudson Railroad, check out Jim Shaughnessy's comprehensive history of the line - available on Amazon at https://www.amazon.com/Delaware-Hudson-New-York-St...

2 - If you know of an earlier rail trail in the state, let us know - send the author an email at dcarey@ptny.org