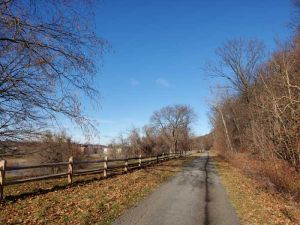 Feeling patriotic? Then hop on your bike and explore the Uncle Sam Bikeway in Troy, located on the east side of the Hudson River in the Capital Region.

Connecting north and south Troy and serving as a recreational asset for area residents, this seven-mile bikeway has seen tremendous growth over the last several years. No longer an isolated off-road path, visitors can now enjoy 3 miles of paved off-road riding along the former Troy & Boston Railroad line (the stretch between Cemetery Drive and Northern Drive is newly paved) and experience the heart of downtown Troy using a combination of shared lanes, bicycle lanes, and cycle tracks. 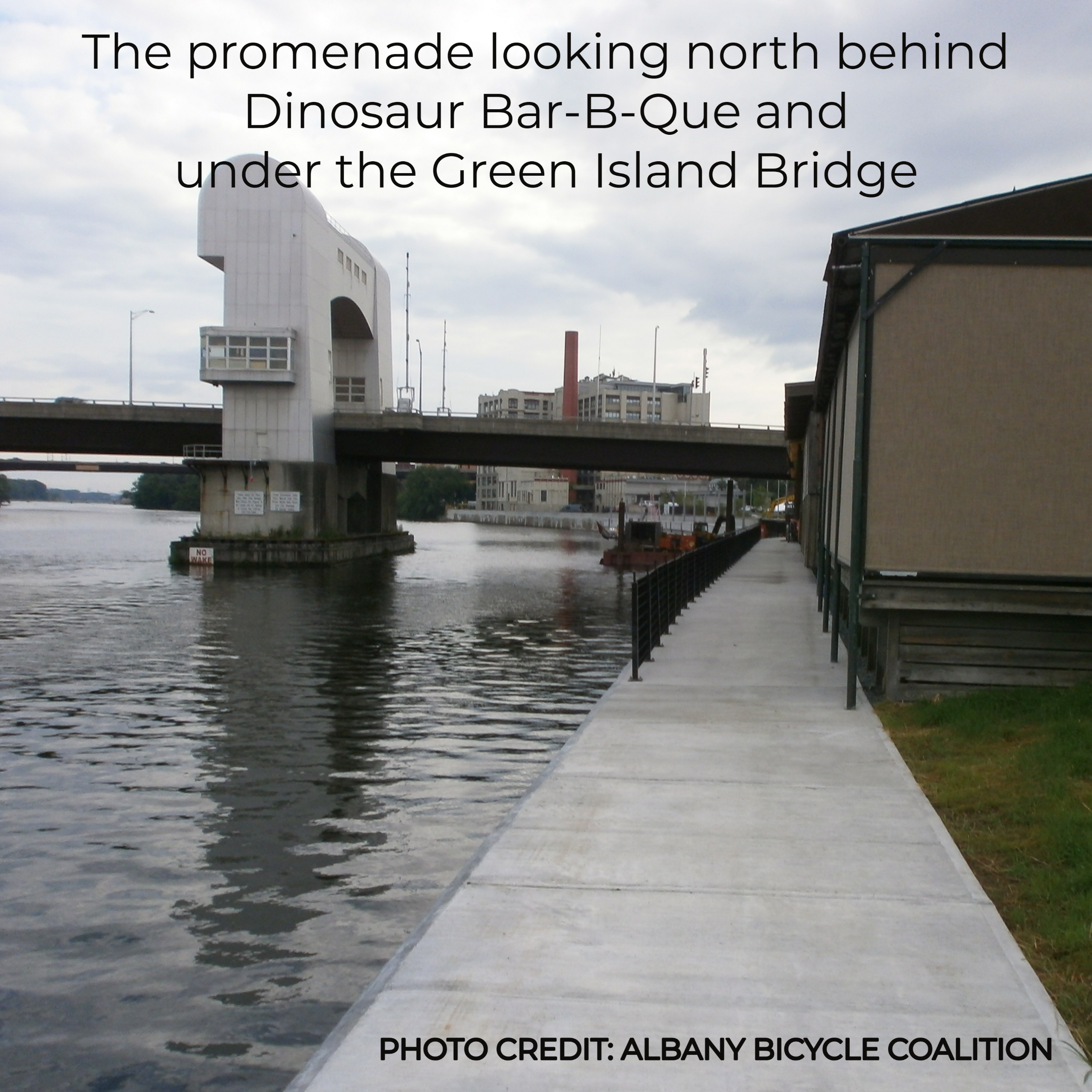 Those driving in from out of town can find off-street parking available where the bikeway intersects with Gurley Avenue. Both those parking at Gurley Avenue and those picking up the trail at the northern end of the route (Northern Drive and Old Mill Hill Road) will head south along a three-mile off-road stretch shaded by oak, aspen, maple, and cottonwood canopies and cruise behind Knickerbocker Park, a recreational facility and ice skating arena. From there, the scenery changes to inner-city backyards and beautiful brownstones before riders make their way east along Middleburgh Street.

Shared lane markings will guide riders down tree-lined River Street before turning left on Vanderheyden Street to enjoy a new promenade with stunning views of the Hudson River. The promenade extends north to the Green Island Bridge and City Hall/Hutton Street and the pocket park under the Route 7/Hoosick Street Bridge. Before taking the promenade south all the way to the intersection of Front and State Streets, stop off for a lunch detour at Dinosaur Bar-B-Que (located at 377 River Street) for some quality southern-style barbeque.

Not interested in deviating too far from the bikeway? There's plenty to do near to the Bikeway. Make a quick stop by the Vietnam War Memorial in William D. Chamberlain Riverfront Park, check out the statue of Uncle Sam, or drop by the Placid Baker for some delicious French-style pastries & artisanal bread. Once you’re done checking out the sights, cruise along a two-way cycle track at the intersection of State and Front Streets, pass underneath the Congress Street Bridge and hug the river before coming around a bend at Division Street and making your way south down River Street. Turn left on Adams Street and make a quick right onto 1st Street. At Madison Street, the route returns to a shared-use roadway before picking up a cycle track at Jackson Street.

Take a right at Polk Street to check out the Burden Iron Works Museum, offering a unique perspective on Troy’s industrial history throughout the 19th century. Proceeding to the route, riders should be cautious as they head from Burden Avenue to High Street before crossing over the Troy-Menands Bridge via a new bike/pedestrian path with connections to the Erie Canalway Trail/Mohawk-Hudson Hike Bike Trail. 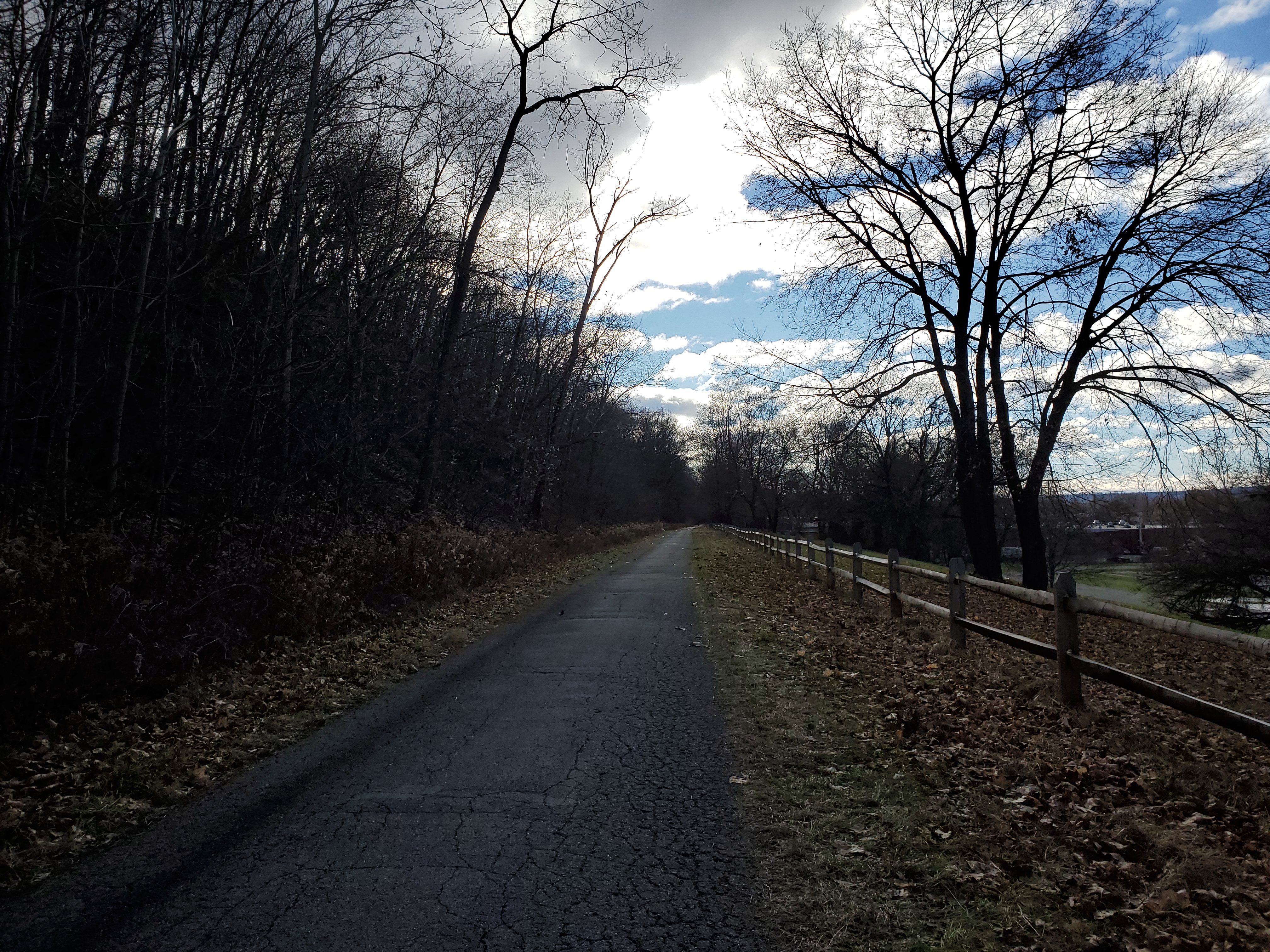 Something about the Uncle Sam Bikeway shouts community character. From the origins of its namesake— Samuel Wilson, a Troy meatpacker originating from Massachusetts, who supplied barrels of meat to the American forces during the War of 1812 and was rumored to have stamped the initials “US” on the meat barrels, leading soldiers to dub Wilson “Uncle Sam”— to the charming urban landscape, the Uncle Sam Bikeway has certainly proved to be a worthwhile investment over the years.

PTNY, the City of Troy, the Capital District Transportation Committee, and a local cycling advocacy group, Transport Troy, recognized the Bikeway’s potential years ago. Together, these groups developed the Troy Bicycle Connection Plan to establish a template for city officials to use to grow the network of infrastructure and amenities to make bicycling safe, enjoyable, and efficient in the Collar City. Troy is similar to other post-industrial cities across the country where bustling downtowns brought in an influx of residents and visitors to dense, walkable urban cores.

Investments in bicycling and walking help improve residents’ mobility and health and attract new businesses and residents. The bicycle-friendly improvements that the City of Troy has instituted have certainly helped shaped the future of bicycling in the Collar City.