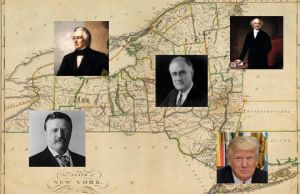 New York State has produced significant figures in many spheres, including five Presidents. These individuals are commemorated at historic sites from Buffalo to Long Island. 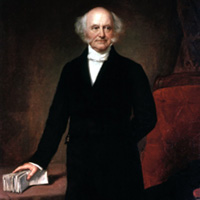 Martin Van Buren, America's eighth President, holds the distinction of being the "first American" president, as he was the first to actually be born in the United States. Van Buren hails from Kinderhook in Columbia County, which at that time was rich with Dutch culture and heritage, so much so that Van Buren spoke English as a second language.

Van Buren, educated as a lawyer, is remembered as a transformative and polarizing figure in politics. Beyond holding seven elected offices throughout his career, he is known as the "father of modern political campaigns" and a shrewd strategist. Perhaps his greatest legacy is the creation of a phrase Americans use every day. During his 1840 Presidential campaign, supporters gave him the nickname "Old Kinderhook" and formed the OK Club. The club brandished the phase "OK" on their political ads and signs, boosting the abbreviation's popularity.

Today, Van Buren's Kinderhook residence, Lindenwald, is a National Historic Site operated by the National Park Service and available for visits and tours, with some social distancing restrictions. You can also take a virtual tour of the home, which offers unique architectural elements and fascinating stories of political intrigue and scandal. 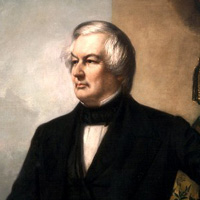 In stark contrast to Van Buren's larger-than-life personality and national fame, America's 13th President, Millard Fillmore, had a significantly more modest political career and upbringing. Born in 1800 in a one-room cabin in Moravia in Cayuga County. Fillmore's family struggled throughout his childhood. In his early teens, Fillmore took an apprenticeship with a wool maker, giving him a moniker that would follow him throughout his adult life, "Old Wool Carder."

Fillmore slowly advanced his political career until he reached what he thought would be the pinnacle of his career, Vice-President to Zachary Taylor in 1848. Two years later, Taylor died suddenly from a bout of cholera, leaving Fillmore to reluctantly lead the nation through the growing internal conflict over slavery. As an escape from political pressure, Fillmore would read each night; in fact, he was such an ardent lover of books that he raced across Washington and risked life and limb to personally fight a fire at the Library of Congress.

Fillmore hosted Queen Victoria's visit to the White House, when she famously noted that he was the most handsome man she had ever laid eyes on. Fillmore did not win the election of 1852 and retired to Buffalo where he quietly lived out his remaining years. Today, you can visit Fillmore Glen State Park in New York's Finger Lakes region where you can not only explore an exact replica of his family's home, but enjoy the natural beauty of the park's gorges, waterfalls and scenic views. 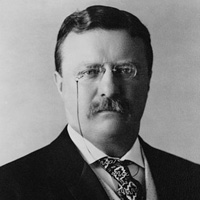 Six years after Fillmore's unsuccessful re-election attempt, "Teddy" Roosevelt was born in New York City in 1858. He spent much of his career in New York State, serving in the NYS Assembly, starting in 1881, and two years as Governor until he became Vice President in 1900 under William McKinley. In 1901, while hiking Mt. Marcy, Roosevelt was informed by a messenger that President William McKinley (who was shot several days prior) had taken a turn for the worse. This began a treacherous night ride to the train station in North Creek so that he could be in Buffalo to be sworn in as the 26th president.

Often referred to as the “Conservation President,” Roosevelt had a remarkable impact on our public lands. According to the National Park Service, he established over 230 million acres of public lands by creating the United States Forest Service, instituting The Antiquities Act in 1906,which “authorizes the President to protect landmarks, structures, and objects of historic or scientific interest by designating them as National Monuments, and establishing five national parks. Four years after his second term, he decided to seek a third term as President. While campaigning in Milwaukee, he was shot by an assassin on his way to give a speech. Declining medical assistance, the “Bull Moose” proceeded to give n 80-minute oratory with the bullet lodged just beneath his lung.

And, yes, the “Teddy Bear” really was named after this extraordinary figure of our nation’s history. 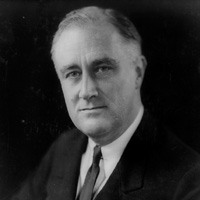 The fifth cousin of Teddy Roosevelt, Franklin Delano Roosevelt was born in Hyde Park in the Hudson Valley and often returned Springwood, his Dutchess County estate

FDR, our country's 32nd and longest-serving president, brought the country through the Great Depression and the Second World War. One of his greatest accomplishments is the creation of the Social Security system.

FDR was a man of many firsts. He was the first sitting president to fly in an airplane, as well as the first president to speak on television. He selected the first woman, Francis Perkin, to hold a cabinet position as Secretary of Labor. He was very passionate about his lifelong hobby of stamp collecting, boasting over 1.2 million stamps which he regularly maintained and admired even during his years in office. He developed polio at the age of 39, and managed to successfully keep his condition out of the public eye.

State parks throughout New York commemorate FDR’s legacy. The Civilian Conservation Corps (CCC), created in response to the severe unemployment of the Great Depression, provided thousands of jobs, including much needed infrastructure work in our state park system. Letchworth State Park boasts many CCC-built picnic shelters, cabins, stone tables and picnic grills that are currently being restored. The picnic pavilion, concession stand, wooden bridges, and stone tables at Newtown Battlefield State Park are evidence of the hard work of one of the many African-American CCC companies, and Gilbert Lake State Park (which also benefitted from many CCC projects) hosts the New York State Civilian Conservation Corps Museum. 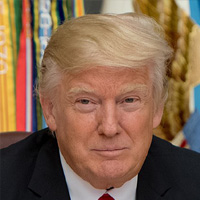 The 49th president, Donald Trump, was born in 1946 in Queens. When he was 13, his parents sent him to the New York Military Academy in Cornwall-on-Hudson for five years which, according to Trump, helped to develop his path to the leadership role of the presidency. He has been well-known to New Yorkers through the decades, particularly to those who stroll down Fifth Avenue in New York City and encounter Trump Towers that served as his residence and base of operations since the early 1980s until he switched his residence to Florida in 2019.

During his presidency, he signed the Great American Outdoors Act. This landmark legislation, which permanently funds the Land and Water Conservation Fund, will invest $900 million a year in royalties from offshore oil and natural gas drilling for conservation and recreation projects throughout the United States.

Whatever location is chosen eventually to memorialize Trump's presidency, we are sure it will add to the rich and robust presidential history of the state.