Huge win for the American outdoors

Huge win for the American outdoors 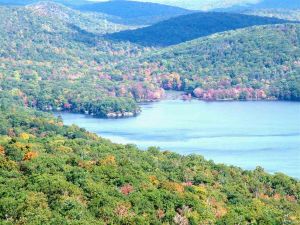 Already passed by the Senate in another stunning bipartisan vote, the House of Representatives voted 310-107 in favor of GAOA, with almost unanimous support from the New York State delegation. The bill will now be sent to the President’s desk, where it is expected to be signed into law.

The legislation would provide $900 million annually for LWCF, America’s most important conservation program. For more than half a century, LWCF has provided critical funding to protect parks, wildlife refuges and recreation areas at the federal, state and local level. It has conserved iconic landscapes from coast to coast, including many in New York State. What’s more, LWCF does not use taxpayer dollars – it is funded through a small portion of revenues from offshore oil and gas royalty payments, under the premise that if you deplete one federal natural resource, you should replenish another.

Parks & Trails New York has long supported full funding for LWCF and has been an active participant in the national LWCF coalition, a broad-based alliance of 1,000 environmental and conservation groups, outdoor recreation businesses, and other stakeholders.

“In these highly partisan times, it’s a testament to the passion Americans feel for the outdoors, that the Great American Outdoors Act passed Congress with such strong bipartisan support. It’s also fitting that in this time of continued difficulty, when people have been turning more and more to the outdoors for recreation and respite, and when the need to ensure that all Americans have access to the outdoors has never been greater, the 50-year dream of a fully funded LWCF has finally come to fruition,” says Parks & Trails New York Executive Director Robin Dropkin.

Over the past 50 years, New York has received $348.4 million in LWCF funding for projects as diverse as protecting forestland and waterways in the Adirondacks to developing pocket parks and playgrounds in urban centers. LWCF also enhances the country’s historic and cultural heritage by funding monuments and battlefields, and provides economic stimulus directly to communities and the outdoor recreation businesses that support them

In addition to permanently and fully funding LWCF, GAOA funds a multibillion-dollar backlog of maintenance projects on federal public lands, including national parks and national forests.

Please take a moment to thank your U.S. representative for supporting this historic legislation (all of the NYS delegation except Rep. Chris Jacobs voted in favor of GAOA). 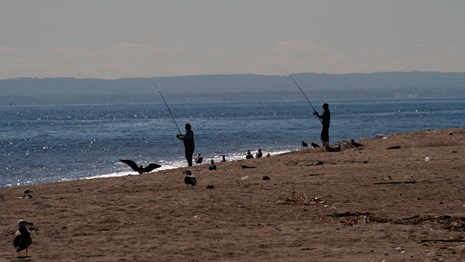