Still under construction, and planning to open in the fall of 2020, the new JBENC is an innovative public-private project that aims to further understanding of the interplay between human action, energy use, and environmental conservation.

Organized by PTNY Board Member Richard Remmer, the tour also included fellow board members Ed Bergstraesser, Rob Basch, David Bronston and JP Laqueur as well as members of their families.The group walked the grounds of the new center to see the surrounding pollinator gardens and pathways as well as the interior of the facility which will feature exhibits on coastal ecosystems and energy conservation. Afterwards they enjoyed a picnic lunch and a walk through the adjacent nature preserve on what proved to be a gorgeous “beach day”. 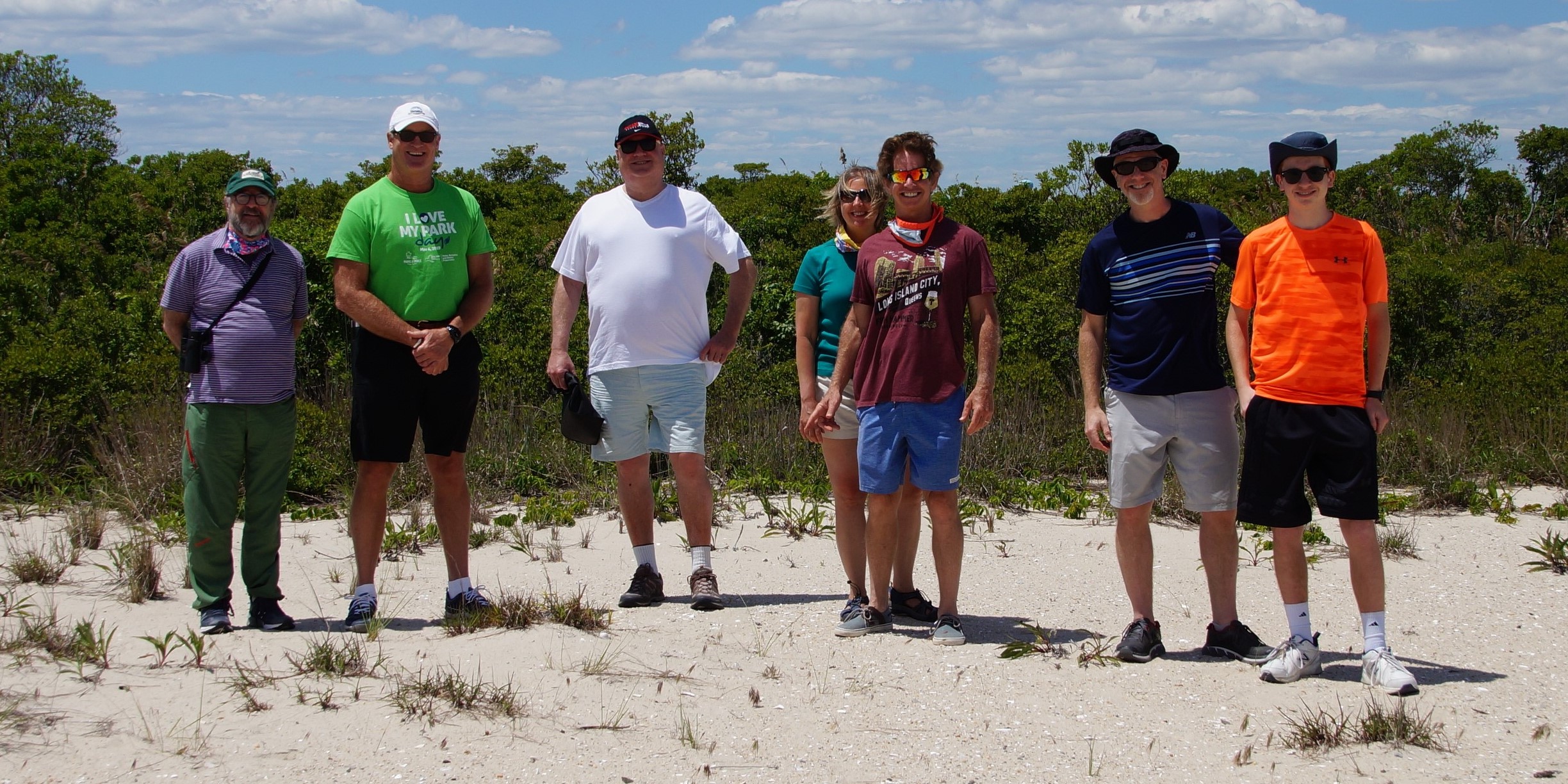 Jones Beach is an ideal site for education and reflection on the power of nature—that is, how energy flows through ecological systems—and the nature of energy. From the power of the sun, wind, and waves, to trophic levels and energy infrastructure, to shoreline engineering and ecological conservation, Jones Beach encapsulates the role of human and non-human forces in shaping the coastal landscape and the environment more broadly.

It’s also one of New York State’s most popular State Parks, drawing over 8 million visitors each year. The $37 Million Energy and Nature Center has been designated a priority project by Governor Andrew M. Cuomo, as part of New York State’s broader transition towards reliance on renewable energy resources. The Center will play an important role in that effort by educating the public about renewable energy and the role of energy in the environment. A public fundraising campaign has raised over 50% of the project costs from private funders.

PTNY looks forward to being at JBENC for the grand opening this Fall!

Thanks to PTNY Board Member JP Laqueur for sharing the photos and the summary of the outing!