From Paper to Pathway: The Life Cycle of the Greenway

From Paper to Pathway: The Life Cycle of the Greenway 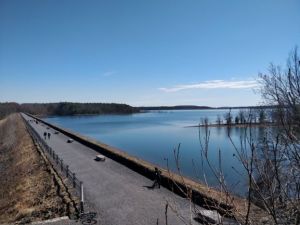 What do the Albany Hudson Electric Trail, Ashokan Rail Trail, and the Maybrook Trailway all share in common?

The Office of Parks, Recreation, and Historic Preservation (OPRHP) released the Statewide Trails Plan in 2010, offering a vision and objectives, along with long- and short-term goals, for the creation of a statewide trails system. The 2010 plan featured these three trails as dotted lines, indicating that at that time, they were simply “proposed.” Ten years later, one of these trails is open to the public and two are under construction, one to be completed by the end of 2020 and one in 2021.

Next year, we are highly anticipating the completion of the Albany-Hudson Electric Trail (AHET) which will open up a major pathway from the Capital Region to the Mid-Hudson Valley. Late in 2019 we celebrated the opening of the 11.5-mile Ashokan Rail Trail between West Hurley and Boiceville along Ashokan Reservoir. We can also look forward to the opening of the Maybrook Trailway in 2021, which will connect the Putnam Trailway at the south with the Dutchess Rail Trail and the Walkway Over the Hudson southeast of Poughkeepsie. Seeing these projects come to fruition after so many years is exciting.

All three trails also share in common a connection to the Empire State Trail (the AHET and the Maybrook Trailway are components of the Empire State Trail; the direct connection for the Ashokan remains a work in progress). In 2017, 400 miles of trail existed in disconnected segments from New York City up through the Hudson Valley and the Adirondacks and west past the Finger Lakes. The Empire State Trail will fill in the missing gaps, creating a continuous 750-mile route from the Battery in Manhattan north along the Hudson River Valley Greenway and the Champlain Canalway to the Canadian Border, and west via the Erie Canalway Trail.

The groundwork for the AHET and Maybrook Trailway were in large part a direct result of past efforts; therefore, both trails had a significant advantage by the time money became available from the Empire State Trail initiative. We commend all of the groups, municipalities, and elected officials that have contributed towards these years-long efforts. We wanted to take a look back at these projects and how they went from a simple proposal to shovel ready. 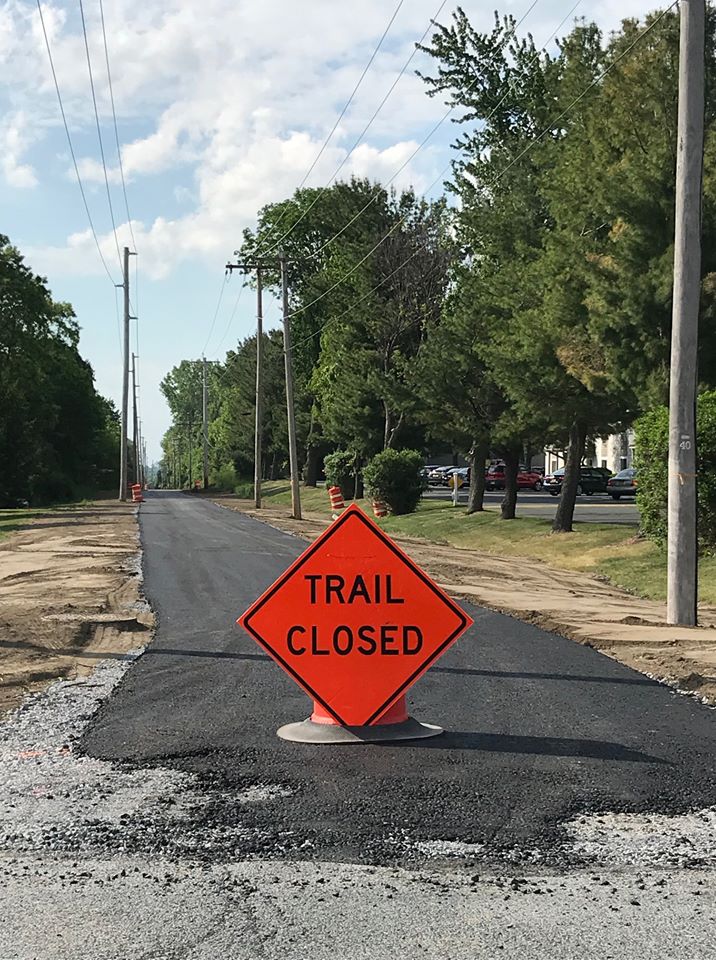 Off limits to the public until 2021, the Albany Hudson Electric Trail has received a significant amount of attention and devotion for many years. Running through two counties, and passing through eight towns, two cities, and three villages, this trail will feature 27 miles of off-road sections and 8 miles of on-road facilities. Along the way, users will get a glimpse of the rich and varied history, cultural attractions, and rural and urban landscapes of the the region.

The history and background of this project is tied to the 2010 Comprehensive Plan that the Village of Kinderhook issued calling for a “continuous, bicycle/pedestrian trail on the Niagara/Mohawk right-of-way from Niverville through Valatie to the Village of Kinderhook.” From here, the volunteers would form the Town of Kinderhook Trails Committee, consisting of residents from Stuyvesant and Stockport, in an effort to fulfill a shared vision of establishing more non-motorized multi-use trails that crossed town lines. After the 2010 Kinderhook-Stuyvesant-Stockport (K-S-S) Intermunicipal Trail Study revealed that the cost of a 7.5-mile segment of the right-of-way from Chittenden Falls in Stockport to North Chatham was prohibitive, the committee met with representatives from National Grid to further discuss the K-S-S trail concept; however, negotiations fell short. In 2011, a feasibility study was completed, but it wasn’t until several years later, in 2016, that the Hudson River Valley Greenway (HRVG) would lease the right-of-way from National Grid. By August 2017, HRVG issued the Draft Albany Hudson Electric Trail Concept Plan. Now, residents are excitedly awaiting this 35-mile recreational trail that will run alongside the former Albany-Hudson Electric Trolley corridor from Hudson, N.Y. to Rensselaer, N.Y. 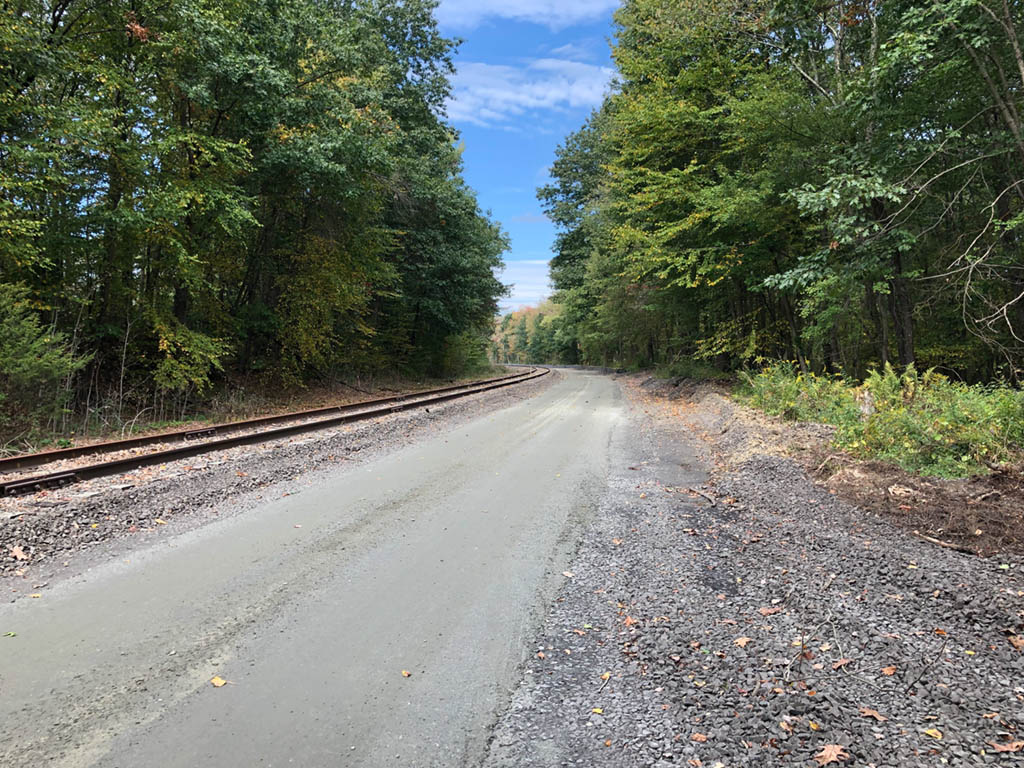 The Maybrook Trailway is both a unique and notable project because the new trail will run alongside the active, but largely unused, Beacon Line owned by Metro-North. Running north, the proposed Trailway will intersect the multi-state Appalachian Trail in the Town of Pawling.

As early as 2007, Dutchess County was already thinking about alternative uses for what would eventually become the Maybrook Trailway. At this time, intentions to use a segment of the abandoned Maybrook Rail-line right-of-way that Dutchess County acquired in the mid-1980s to form an 11.2 mile path (connecting Poughkeepsie and Hopewell Junction) were already underway; this would later form the Dutchess Rail Trail. In 2007, the Poughkeepsie-Dutchess Transportation Council “New Connections” report made reference to the first phase of a “larger plan to construct a trailway to Brewster (Putnam County) and Danbury (Connecticut) and also the North County Trailway in Westchester County.” In 2009, Dutchess County continued to pursue its goal to acquire right-of-way along the Beacon Secondary to carry out Phase III of the rail-trail project, but were largely unsuccessful. It took the Empire State Trail being announced for this project to really get rolling,. Once funding was in place, a compromise was reached - the trail would be built alongside the rail line as a "rail-with-trail." This model has been tried in many places across the country, and on some smaller trails within New York, but this will be the longest example of a "rail-with-trail" in the state. Today, construction is underway on the 23-mile greenway that will connect the Putnam Trailway with the Dutchess Rail Trail, and the new stretch will be open to the public by 2021. 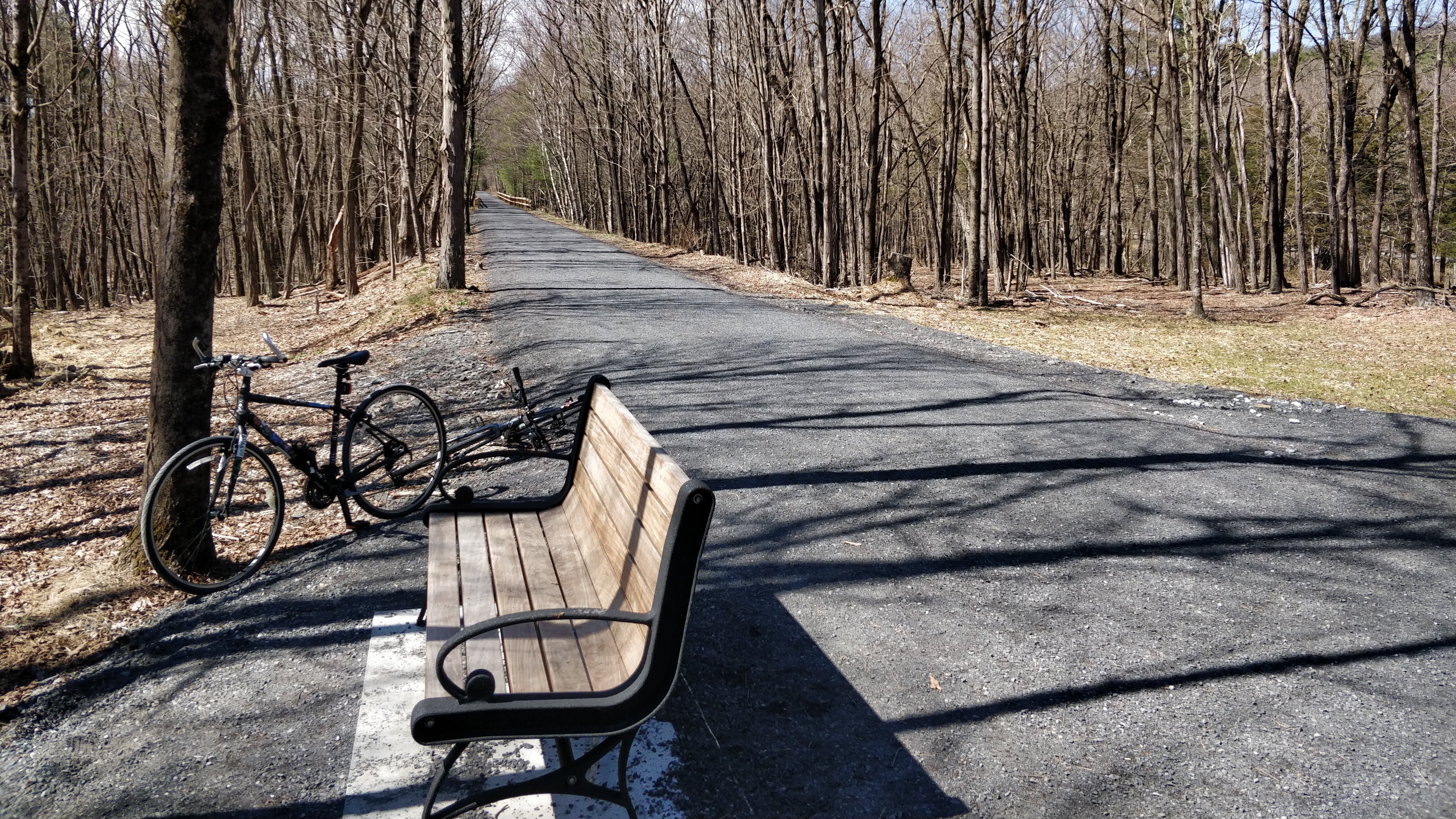 Nearly 30 government resolutions later, and after years of discussion and collaboration between county, state and city entities, the Ashokan Rail Trail (ART) is now open to the public. Offering 11.5 miles of trail that showcases the area's red maples and white pine trees, wetlands, stunning views of the reservoir (which provides New York City with 40% of its drinking water), and the Catskill Mountains, this project is certainly one to be proud of.

For years the New York City Department of Environmental Protection (DEP) denied public access to the Ashokan Reservoir to avoid inadvertent impacts on the city’s water supply. Eventually, residents that lived within the watershed area requested public use of the land, and the DEP opened up 138,000 acres for “low-impact recreation” (hiking, fishing, trapping) only to find that this action did not result in impacts to the water supply. Given these findings, DEP then allowed trail developers to create rudimentary trails and provide access to scenic vistas. Because impacts on water quality were not identified through the DEP’s water-quality monitoring program, DEP was more amenable to opening up land for recreation. Ulster County acquired the rail easement in the late 1970s; however, it wasn’t until 2010 that then County Executive Mike Hein proposed to transform the rail line into a rail-trail. Because the DEP had not found any reason to associate public access to impacts on water quality, the DEP would eventually come to fully support the ART project.

OPRHP, working with Parks & Trails New York, is in the process of developing a dedicated Statewide Greenways Plan. As was made evident after the 2010 plan, we expect that a lot of the trails that are proposed in this plan will become new recreation assets in the years to come. New York State residents are encouraged to participate in the process by completing a public survey that will provide insight into user needs, desires, and usage patterns. Ten years ago, New York’s statewide trail network looked much different than it does today— and it will continue to transform through the end of 2020 and beyond, as we start to think about the future of the Empire State Trail and the potential connections to and from it.