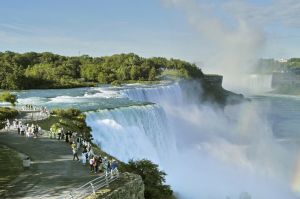 Niagara Falls State Park is renowned for its breathtaking scenery and its beautiful namesake waterfalls, where the combined flow of four of the Great Lakes cuts through the Niagara River Gorge. It is the most visited state park in New York , welcoming 9.5 million visitors in 2019, twice as many as Yellowstone National Park.

You might think you know all about the park - you probably visited it as a child. But how much do you really know about its place in history?

Niagara Falls wasn’t always an iconic place for making memories. During the 19th Century, industrialists built mills and factories along the river to harness its power. Environmentalists became concerned about the lessened flow and banded together to create the Free Niagara movement. Inspired by California’, which had just protected Yosemite Valley and Mariposa Grove, the movement to protect the Niagara Gorge from overuse lasted 16 years. The Niagara Appropriations Bill established the Niagara Reservation for public access in 1885, making it the first official state park in America. 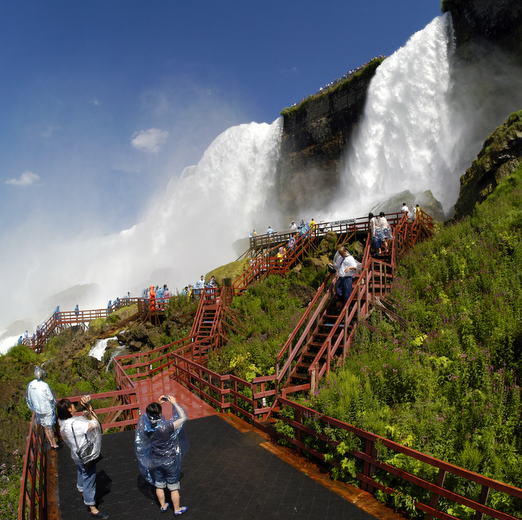 Today, Niagara Falls State Park is over 400 acres (140 of those acres under water) and offers a lot more than just 3,160 tons of flowing water every second. It features a visitors center, a scenic trolley, an observation tower, an aquarium, a boat ride and a theater. Visitors can hike, bicycle, and fish at the park.

Visitors can also discover a wealth of flora and fauna as the unique Niagara River and Gorge ecosystem is home to many endangered fish and animal species, including the Peregrine Falcon and American Bald Eagle. Additionally, 14 rare or threatened plant species can be found in the Gorge.

Niagara Falls is unique in so many ways - its history, its geography and its ecology. In addition, the park was designed by famed landscape architect Frederick Law Olmsted, who also designed Manhattan’s Central Park. You can check out Niagara Falls anytime and from anywhere by taking a virtual tour. For more about the park and travel tips, visit the Office of Parks, Recreation, and Historic Preservation’s website. You can also find nearby attractions and things to do in the Cycling the Erie Canal guidebook 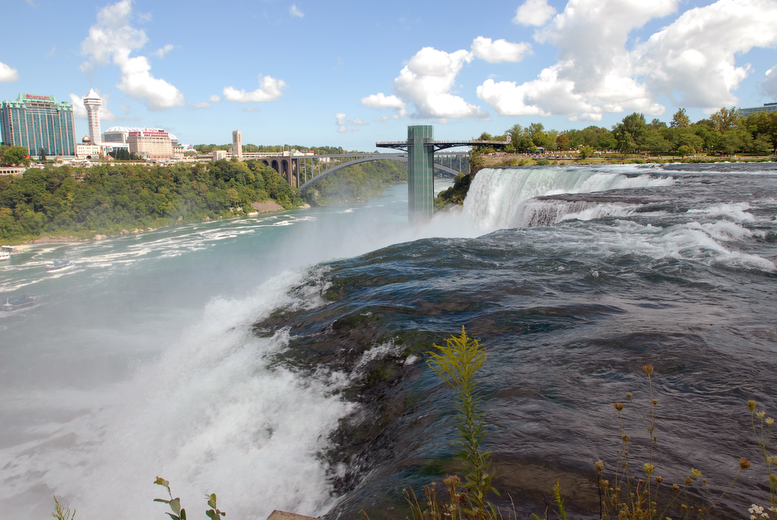