Reimagine initiative to give new life to old canals

Reimagine initiative to give new life to old canals 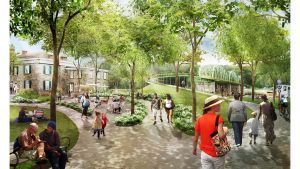 When originally proposed, the Erie Canal was ridiculed by some as “Clinton’s folly,” as opponents scoffed at the idea of the artificial waterway connecting the Great Lakes with the Hudson River. However, the next 200 years clearly proved those narrow-minded political opponents wrong, as the Erie Canal transformed New York State, opening the interior of the nation for development and establishing New York City as the world’s economic capital. Now, as the state approaches the 200th anniversary of the Canal’s completion, a new plan promises to repurpose the state’s canal system as an economic driver for the 21st century.

Earlier this month, the Reimagine the Canals Task Force report was released and laid out a plan for $300 million in investment over five years that would boost tourism, mitigate flooding, enhance irrigation and recreational fishing and restore wetlands. Governor Cuomo hailed the plan saying, "This bold and visionary plan to transform this historic waterway will build on the success of the Empire State Trail, grow tourism across Upstate New York, improve resilience of today's Canal communities and ensure the economic sustainability of the waterway into the future."

The first phase of funding will include a $100 million economic development fund to support projects that adaptively reuse canal infrastructure to enhance water recreation, tie the Canal's new recreational improvements to the Governor's Empire State Trail, celebrate historic canal structures, and develop unique canalside attractions and activities. Projects to receive funding under this proposal will include:

Other projects to be funded through this effort will include $65 million to help mitigate chronic flooding in the Mohawk River Valley. Further study will explore ways that funding can address other recommendations included in the task force report, including using the water from the canal system to enhance drought resilience in Western New York, managing water resources to create enhanced public fishing opportunities, and exploring ways to rejuvenate the Mohawk River valley through ecosystem restoration efforts.

The Task Force was convened by Governor Cuomo in May 2019, with PTNY Executive Director Robin Dropkin as a member. The Task Force set out to:

The Task Force engaged with municipal leaders, stakeholders, local business owners, scientists and other experts, along with community members, to identify opportunities and solutions that support a new vision for future investments in the waterway. A series of outreach sessions were held during the summer in five canal communities - Lockport, Brockport, Schenectady, Utica and Syracuse - to solicit new ideas from the public at large. Ideas were also solicited on the Reimagine the Canals website, offering more distant canal users an opportunity to provide their views to the Task Force.

The best way to learn more about the Erie Canal is to see it in person as part of the vacation of a lifetime - on a bike! Join Parks & Trails New York for the 22nd annual Cycle the Erie Canal bike tour from July 12 to 19 - and learn about the fascinating history of this engineering marvel throughout the trip. For more information, visit our website at www.CycletheErieCanal.com

Renderings of proposed investments from the Reimagine the Canals Task Force are below: 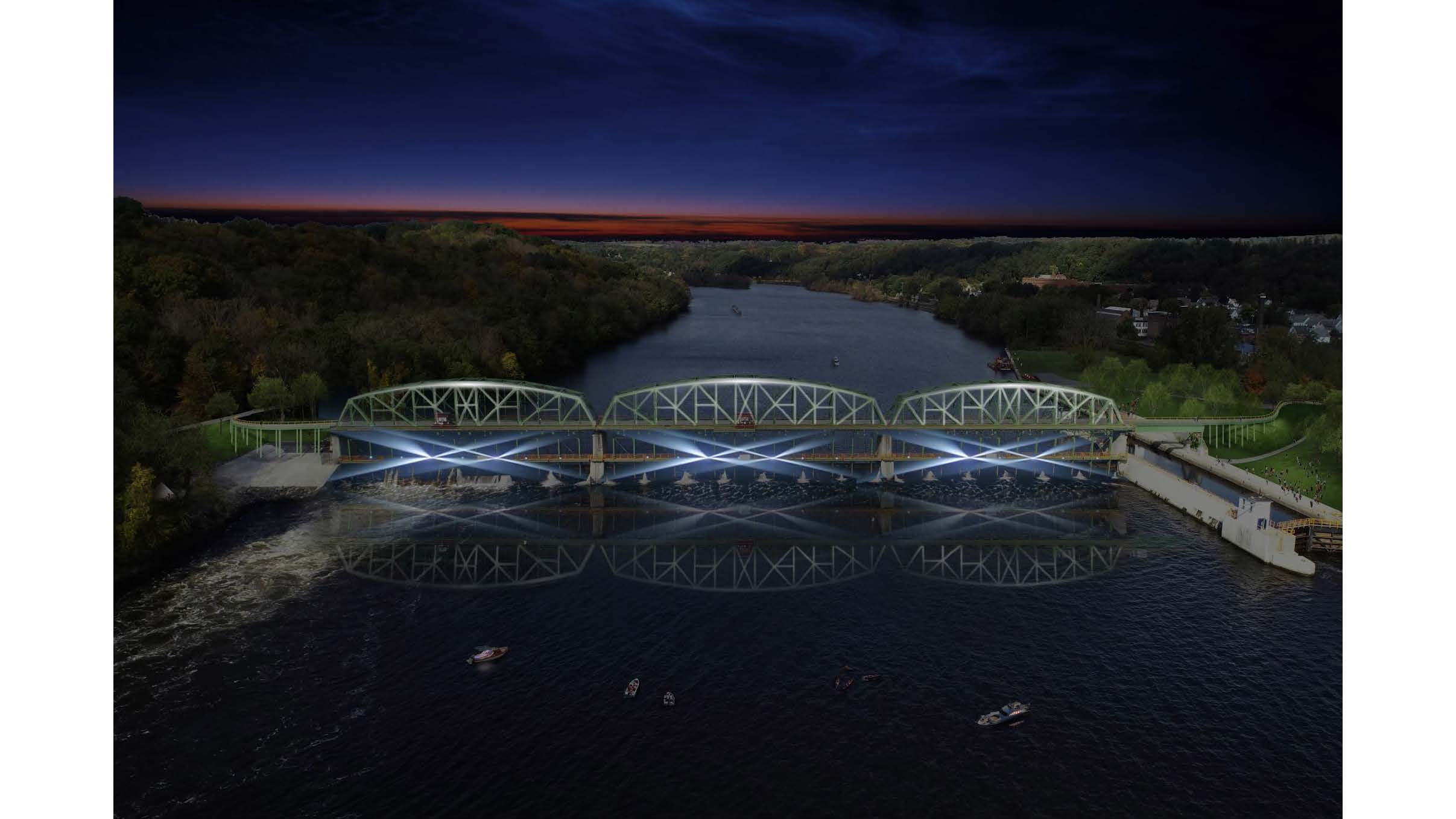 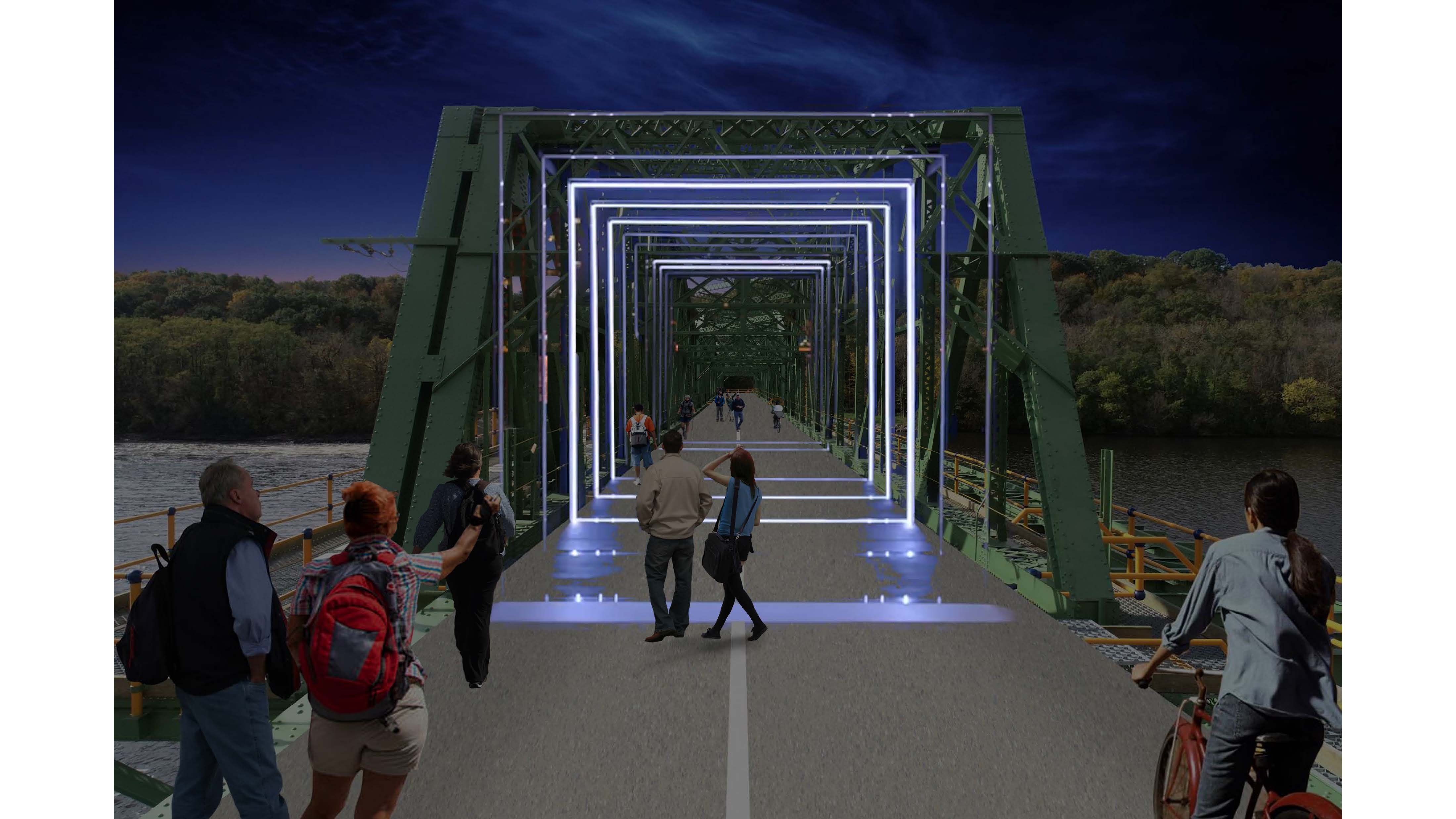 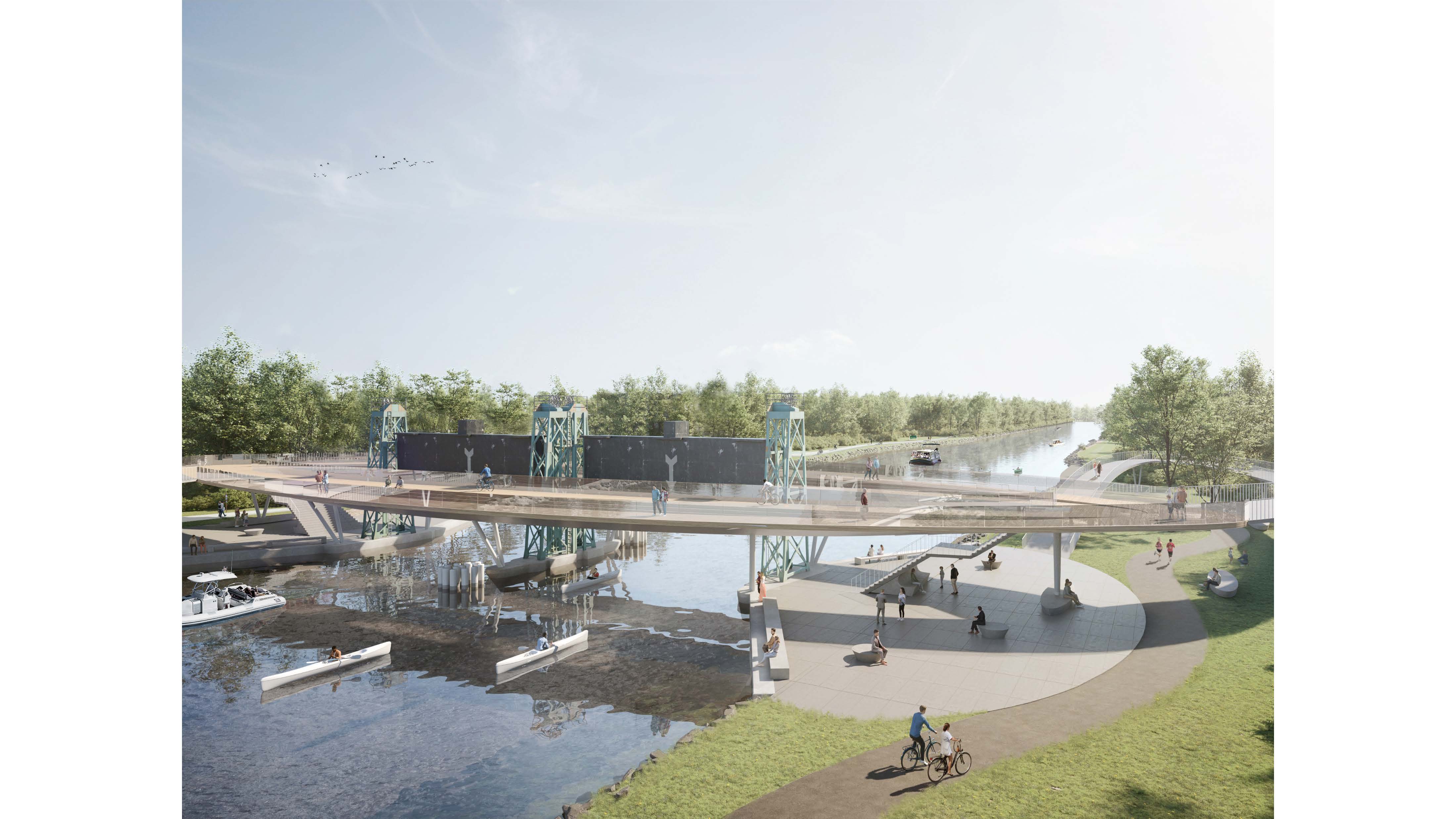 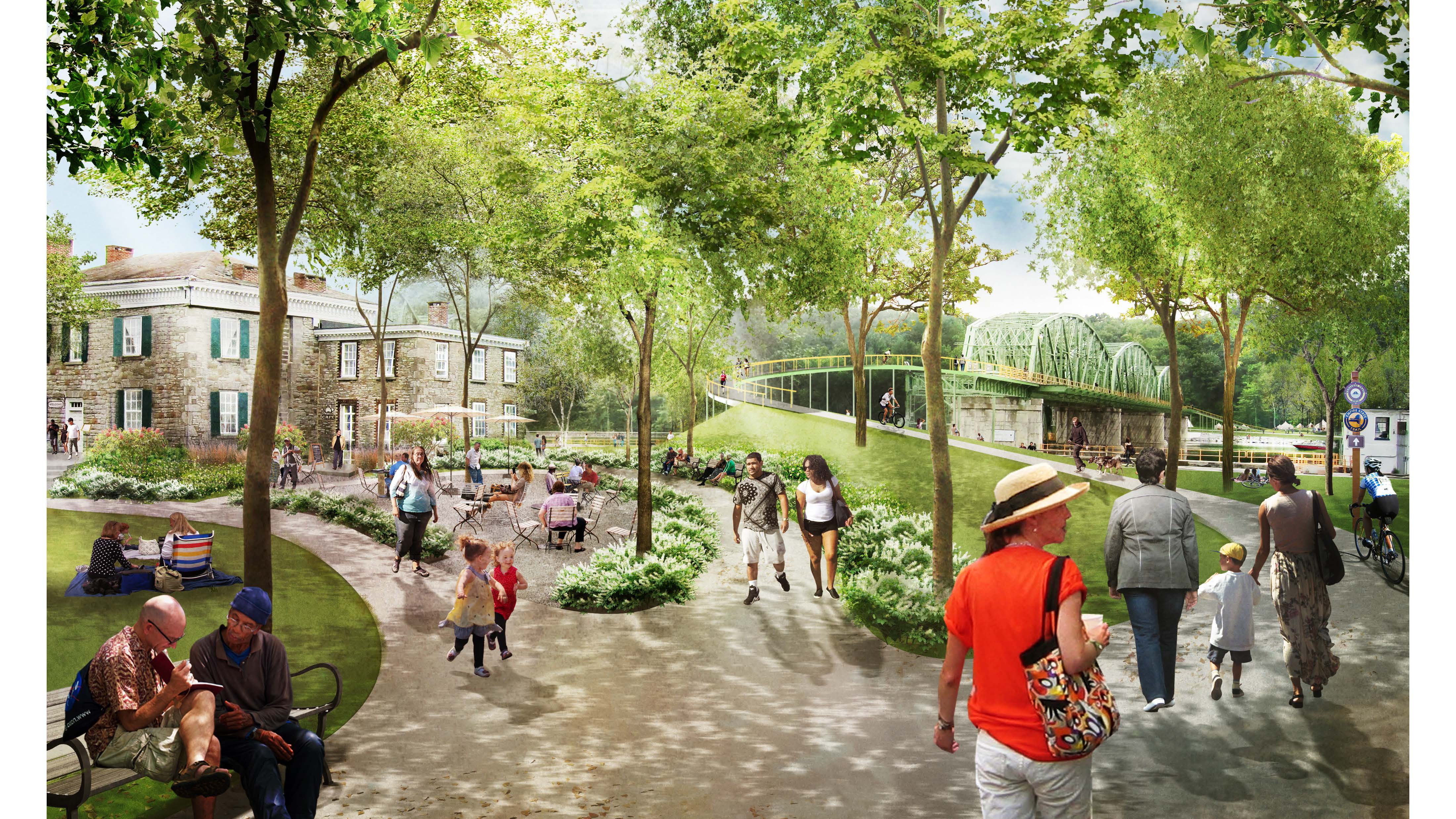 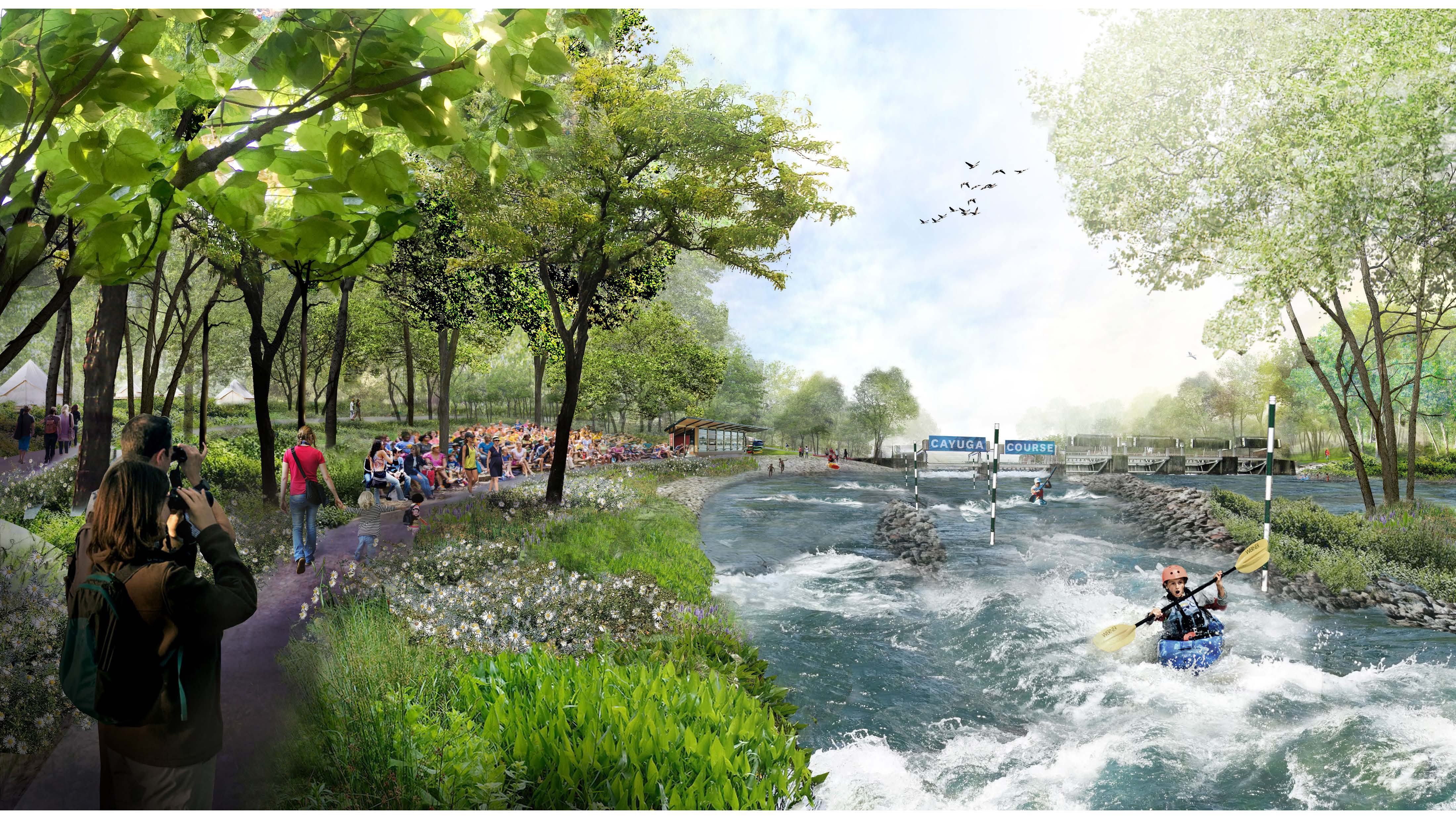 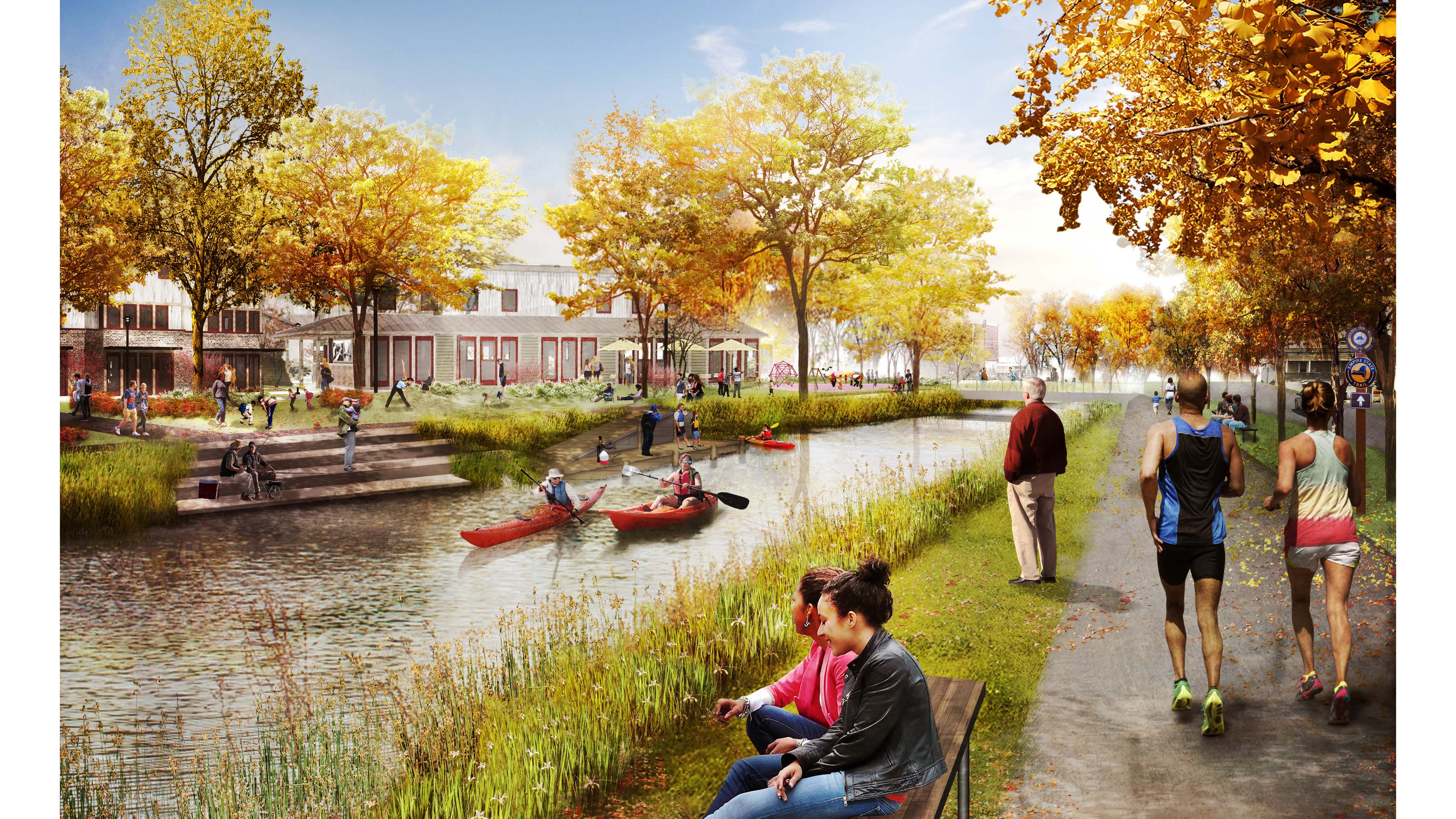