2019 Friends Conference Brings Groups Together From Across the State

2019 Friends Conference Brings Groups Together From Across the State 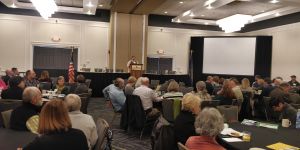 Parks & Trails New York, in collaboration with the New York State Office of Parks, Recreation, and Historic Preservation, hosted a wonderful statewide Friends of the Parks conference. The conference was held at the Gideon Putnam hotel at Saratoga Spa State Park, November 15 and 16.

Friends groups of public open spaces and staff from the Office of Parks, Recreation, and Historic Preservation joined together at this conference to network, learn, and have earnest conversations. Guests also attended informative sessions, presentations, and formalized talks. Session topics ranged from fundraising, board development, social media, and grants.

On Friday, guests had the option of attending an in-depth session on fundraising or, a tour of Saratoga Spa State Park. This was followed by a reception in the evening where guests had the opportunity to network. During the evening’s dinner, Erik Kulleseid, Commissioner of the Office of Parks, Recreation, and Historic Preservation, gave a presentation about New York’s distinguished state parks system. The programs continued Saturday, beginning with a panel hosted by Alane Ball Chinian, Regional Director of the Saratoga-Capital Region District, about making the relationships between park staff and Friends groups successful. A fantastic ending to a fantastic conference, attendees engaged in thoughtful conversations at the peer-to-peer roundtables. Topics included trail focused stewardship, diversity, historic site needs, youth programming, and planning for I Love My Park Day.

A particular favorite aspect of the conference was networking and engaging with other Friends groups for many. Officers, board members, trustees, and star volunteers of Friends groups learned from one another. Tabling, panels, a Friends group led presentation by John Brown Lives!, inquiries, and genuine discussions were mentioned frequently as the most valued part of the conference. The hosts, PTNY and OPRHP, premiered the new, free Best Practices Manual for State Parks & Historic Site Friends Groups in print. This Best Practices manual is also available online and downloadable.

Parks & Trails New York is the statewide leading advocate for public open spaces. This conference is one of the many ways we help those who devote themselves to supporting New York’s state parks and historic sites. You can join the fun by finding a Friends group near you - for more information go to ptny.org/our-work/support/nys-park-friends or, by calling Parks & Trails New York at 518-434-1583.

Many thanks to the staff of the Gideon Putnam, OPRHP, CHA Consulting Inc., Barton & Loguidice, our exceptional consultants and presenters, and all the attendees for making the conference incredible.

Wish you had attended the conference? We want to make sure that doesn’t happen again. Take our survey and let us know why you couldn’t make it. 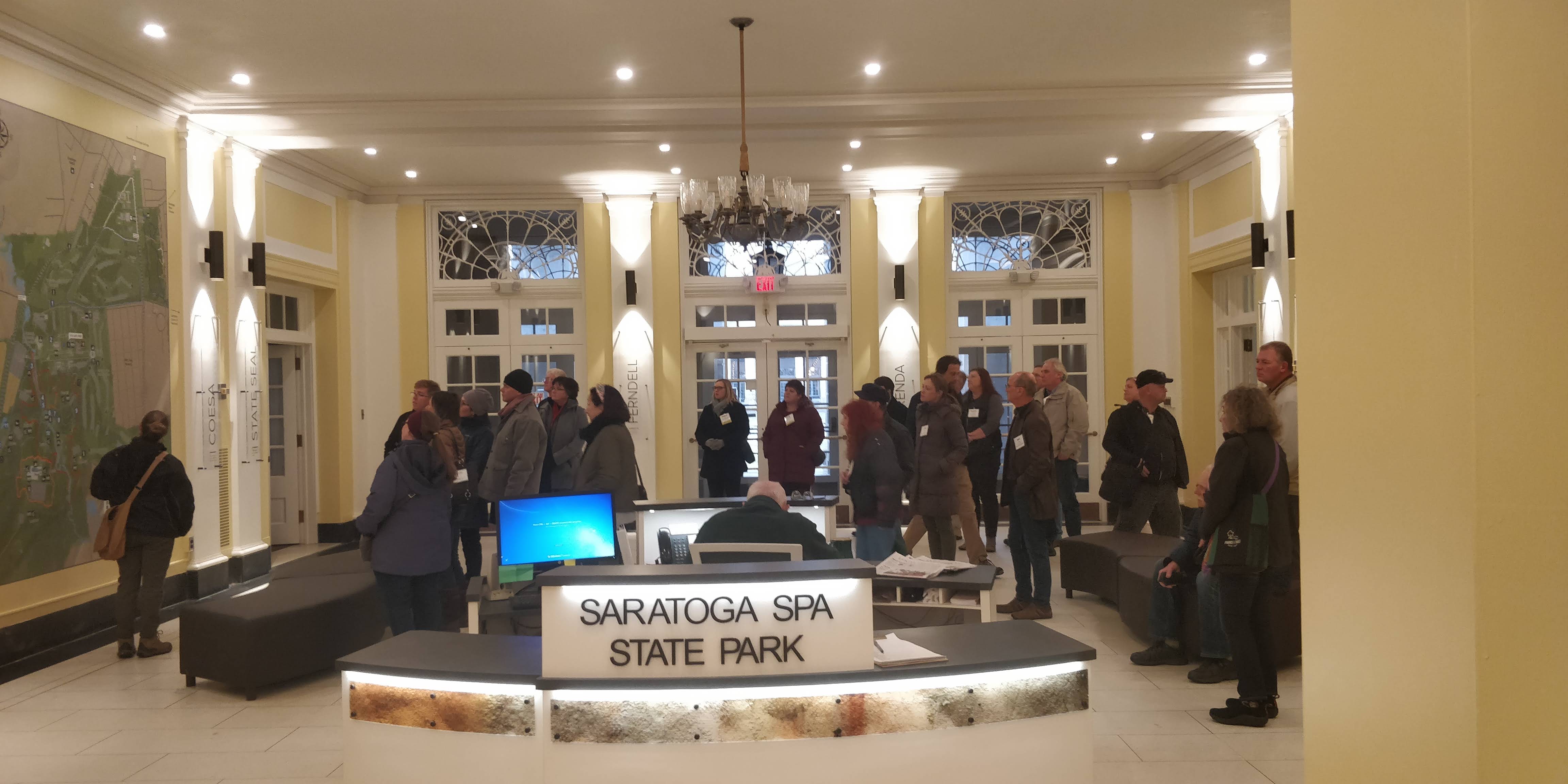 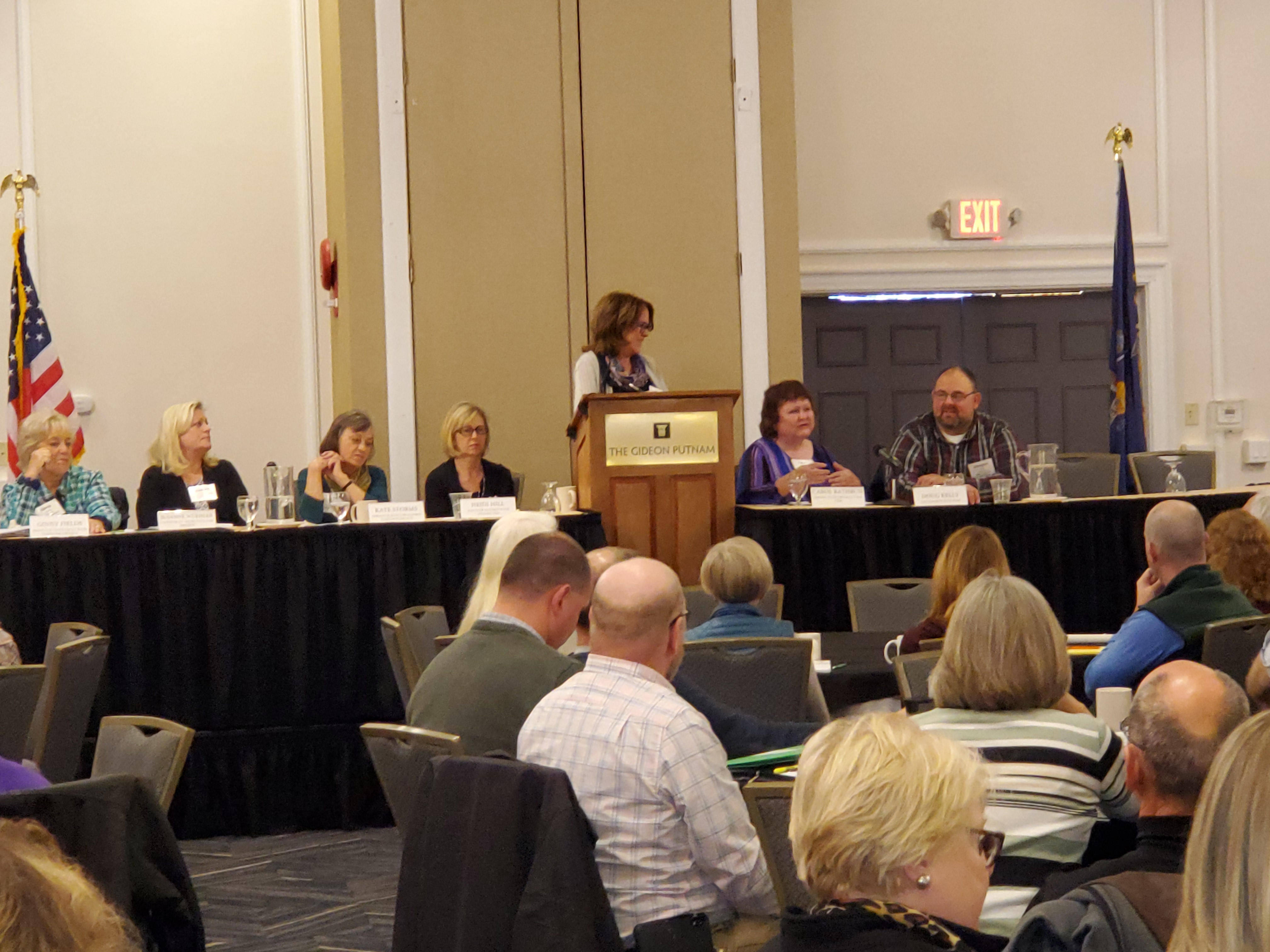 2. Multiple facilitated learning sessions including, 'Better Together,' a session focused on Park Manager and Friends Groups working towards common goals. 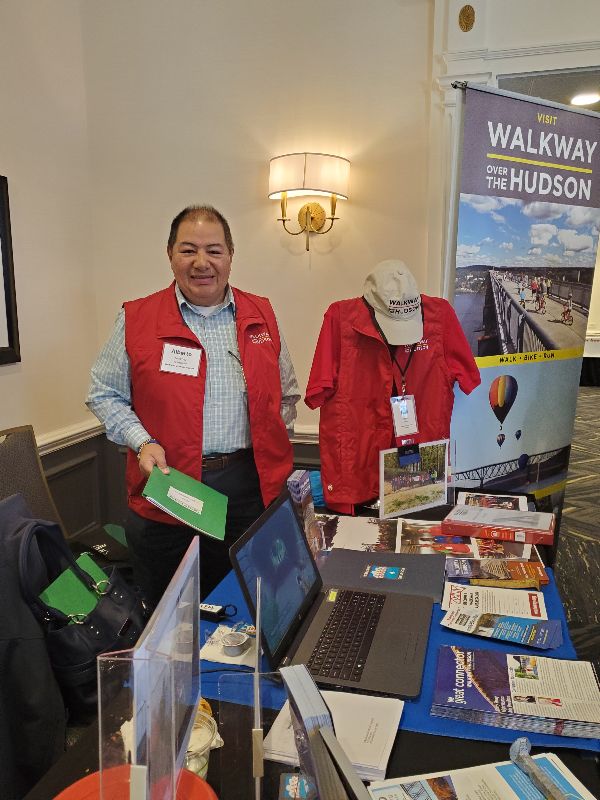 3. Friends were invited to bring materials for a tabling session, highlighting programming at their site.