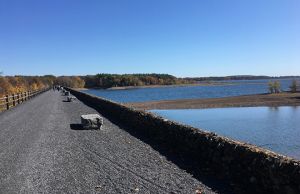 Residing in Ulster County for ten years, I frequently yearned to discover what lay beyond the limited view I had of the abandoned tracks I repeatedly crossed when heading south from Route 28 just west of Kingston. But I knew if I parked my car and strolled along between those rusty steel rails, a Department of Environmental Protection (DEP) officer would soon confront me requesting my access permit, for those tracks skirted the shores of the Ashokan Reservoir, one of New York City’s largest and heavily protected water supplies. I was thrilled a few years back when all of the talk about it potentially becoming a rail trail looked as though it was coming to fruition. That day has finally come and an avid Albany cyclist/Thacher Park trustee/supporter of Parks & Trails New York (PTNY) shared some of his experience (and photos) with me as he created tire tracks upon former train tracks. 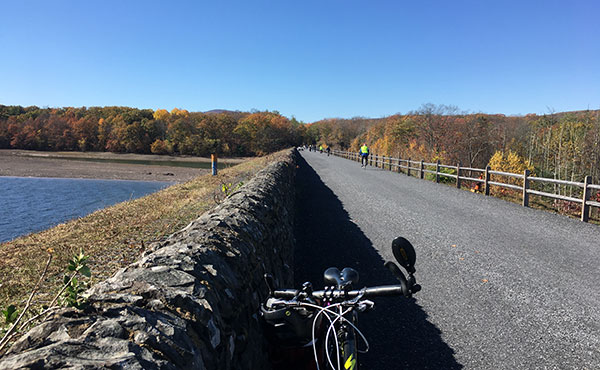 Bert Schou of the Friends of Thacher Park is an Albany resident who is no stranger to us here at PTNY. He has attended most of our advocacy days throughout the years, is a supporter of our work, and is among the first of our immediate connections to have experienced one of New York State’s newest multi-use trails. 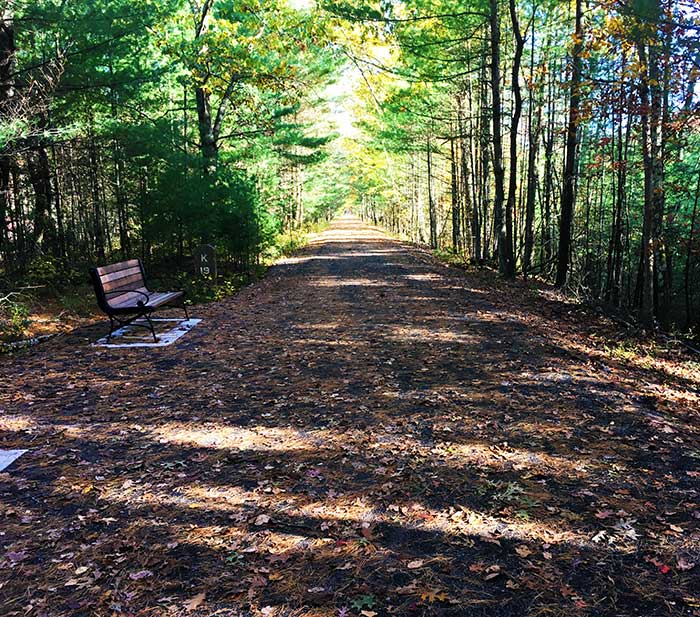 The Ashokan Rail Trail (“ART”) is an 11.5 mile multi-use trail (only 9 miles of which are completed as of early November 2019) newly converted from the bed of the (mostly) defunct Delaware & Ulster Railroad that operated between Kingston and Oneonta (there is still a tourist train that operates on the remaining tracks just west of the end of the rail trail). This has been a highly anticipated project not only because the land has been mostly inaccessible under DEP protection due to its water supply proximity, but also due to the fantastic views of the vast reservoir framed by the undulating line of blue/grey Catskill summits in the distance. The trail itself is flat (as one would expect any rail trail) with a slight gravel composition, so tires at least 28mm wide with a bit of tread is recommended. 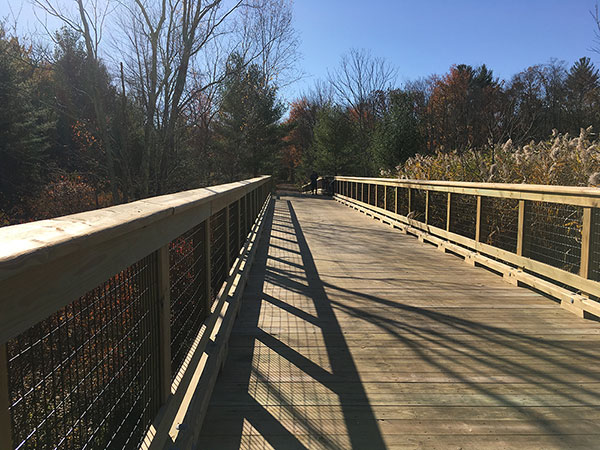 In a follow-up email I had sent to Bert about his experience, he responded, “There were many people on the eastern end of the trail, likely since it was the only access open. Everyone was smiles and quite pleased with this new access and trail. Mostly walkers and dog walkers on the eastern end.”

He continued, “The surface and width of the trail was remarkable considering it wasn't paved those with strollers and narrow tire bikes seemed to glide along smoothly. The historical significance in development of the Ashokan Reservoir can be seen by all the old foundations and it was nice to have information signs describing the movement of the hamlets and cemeteries. It was fascinating to see the layout of old mills and farms walls etc, like looking at an old European settlements. It would be nice to have a guided tour as it is so interesting. Some locals in the area said this was a long time coming, it opened up access and recreational opportunities.” 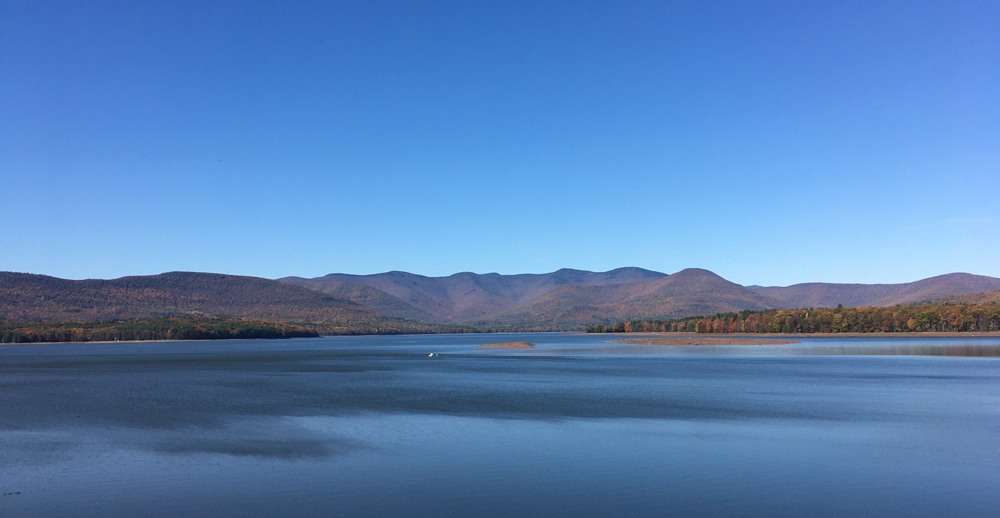 As of early November 2019, the parking lot on Basin Road is the only designated trailhead. However, should one wish to double up on the impressiveness, follow in Bert’s footsteps…er…tire tracks and add on an additional couple of miles of flat-terrain cycling.Start at “The Frying Pan” parking lot accessible from Route 28A on the south side of the reservoir and you will immediately be rewarded with stunning views that look as though the Catskill Mountains are rising out of the western edge of the reservoir.

Information about the trail including maps, news regarding the opening of the remaining section, and additional enticing imagery, visit the official ART website: www.AshokanRailTrail.com