New York’s remarkable historic sites keep alive the stories of many significant figures who have contributed to our nation’s story. From founding fathers to abolitionists, from politicians to painters, these figures continue to influence and inspire us. One such figure is poet and author Walt Whitman.

The Commemorative Whitman Stamp Dedication commenced with the singing of the National Anthem, followed by remarks from New York State Parks Commissioner Erik Kulleseid and Walt Whitman Birthplace Association Trustee Jeffrey Gould. Executive Director, Cynthia Shor shared several interesting Whitman tidbits, including this quote: "It's wonderful how much of a man’s income is sent forth in the course of a year, by postage." 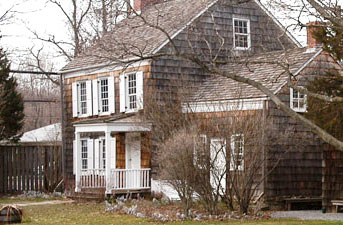 USPS Vice President and Controller Cara Greene presented the stamp, paying tribute to the “Father of American Poetry," “Whitman was more than a giant in American literature. He was a remarkable human being who helped nurse thousands of the Civil War’s sick and dying soldiers.”