TrailsBlog: Five Trails for the Fall

TrailsBlog: Five Trails for the Fall 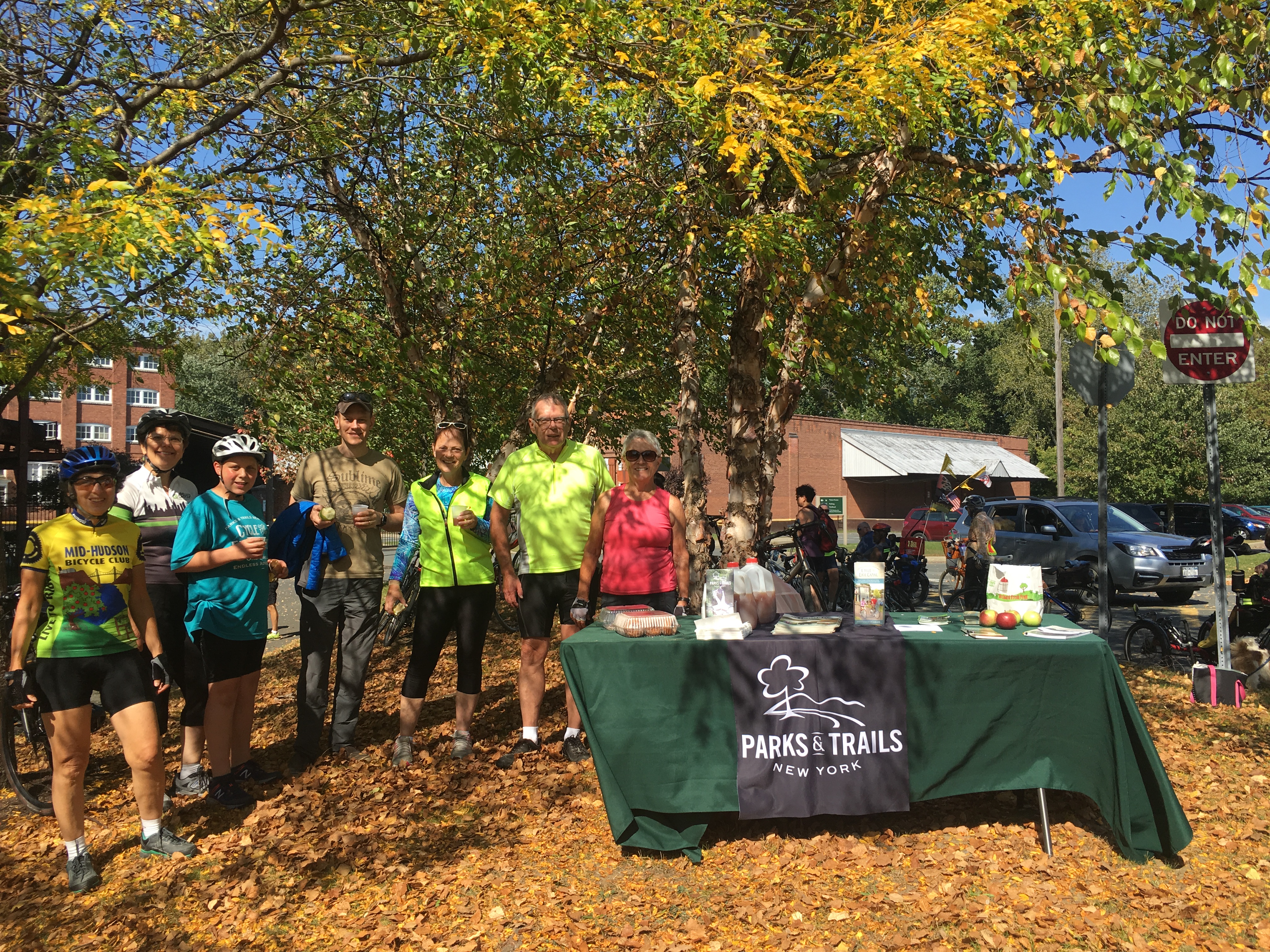 A part of both the Erie Canalway Trail and the Empire State Trail, the Mohawk-Hudson Bike-Hike Trail runs along its namesake rivers from Rotterdam Junction, west of Schenectady, down to Albany. Along the way, the trail runs alongside old canal and railroad infrastructure. The trail connects directly with the downtowns of Schenectady, Cohoes, Watervliet and Albany along its 36-mile route.

As a part of the annual Bike Your Park Day and Hudson River Valley Ramble, Parks & Trails New York hosted “Pedal to Peebles on the Empire State Trail” on Saturday, September 28. This 21-mile ride took about 50 participants from Corning Preserve in Albany up to Peebles Island State Park and back along the Mohawk-Hudson Bike-Hike Trail. At Peebles Island, ride participants got special fall-themed treats and a walking tour/history lesson about the island and the State Park. 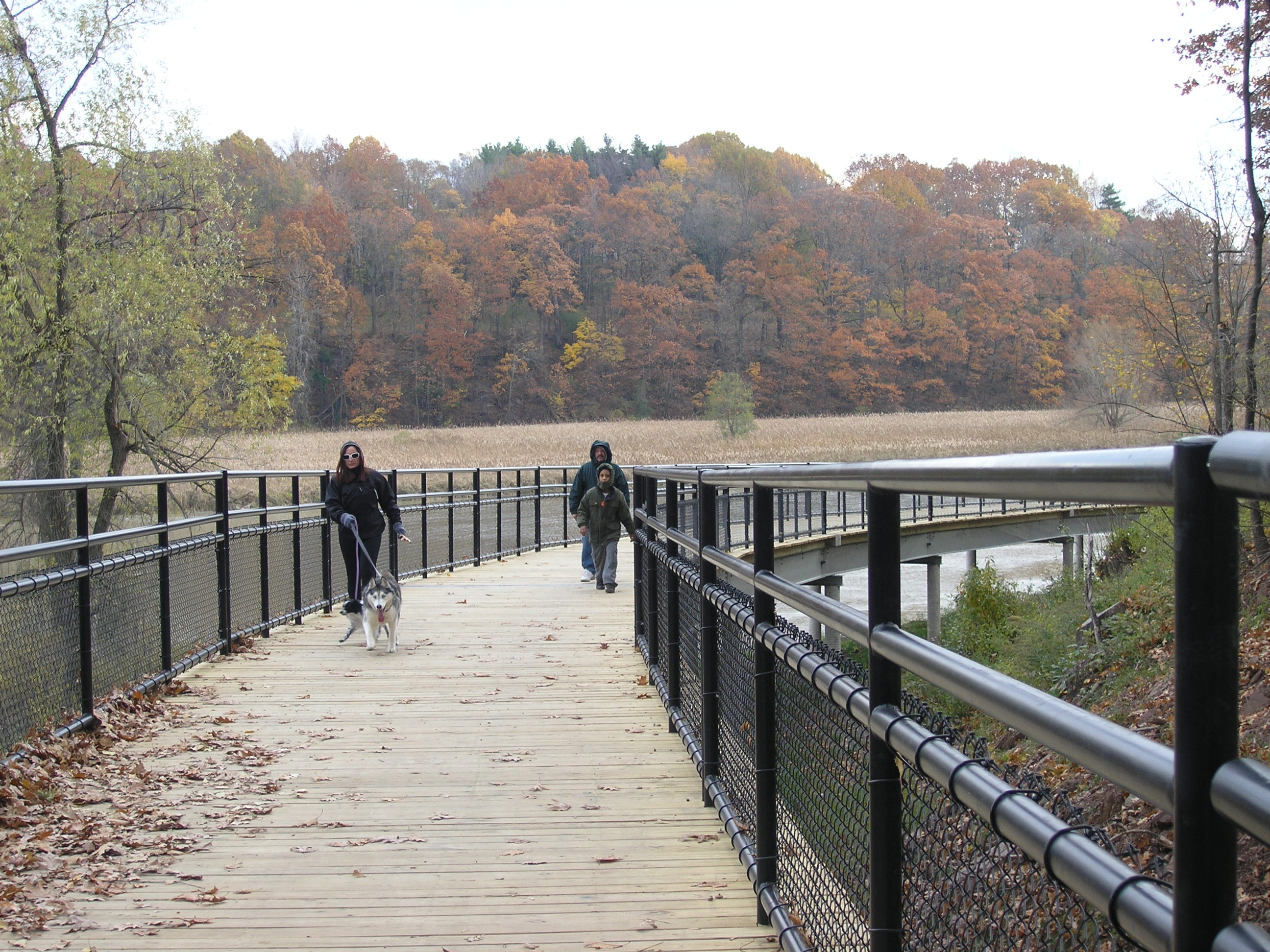 A designated National Recreation Trail, this trail is also named for the river it parallels. As the trail runs along its length from Rochester out to the shore of Lake Ontario, it passes next to the waterfalls that powered the flour mills that gave Rochester it’s nickname of “Flour City.” At Turning Point Park, the trail runs on a boardwalk across the Genesee River Turning Basin, giving trail users a view of foliage on both sides of the river.

The trail runs through the historic core of downtown Rochester before passing into Olmsted-designed parklands along the banks of the river south of the city. Here, the trail offers the opportunity to connect with a number of other multi-use trails, including the Erie Canalway Trail, the Genesee Valley Greenway, and the Lehigh Valley Trail. 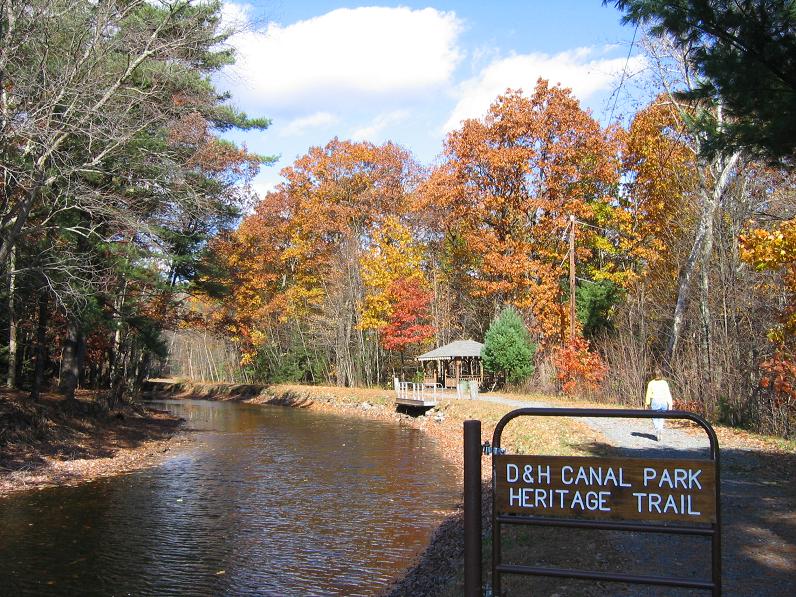 This beautiful trail is one of a number of trails that follow the banks of the former Delaware & Hudson (D&H) Canal in Orange and Sullivan counties. The D&H Canal was constructed in the late 1820's and featured 108 locks over its 108-mile length. The canal was built to transport coal from mines in northeast Pennsylvania to the Hudson River, and the main stretch ran between its two namesake rivers, traveling from the Delaware River at Port Jervis to the Hudson River in Kingston.

This stretch of trail is in a 249-acre park in the hamlet of Cuddebackville in Orange County, and is also the home of the Neversink Valley Museum, which features classic canal-era exhibits and memorabilia. 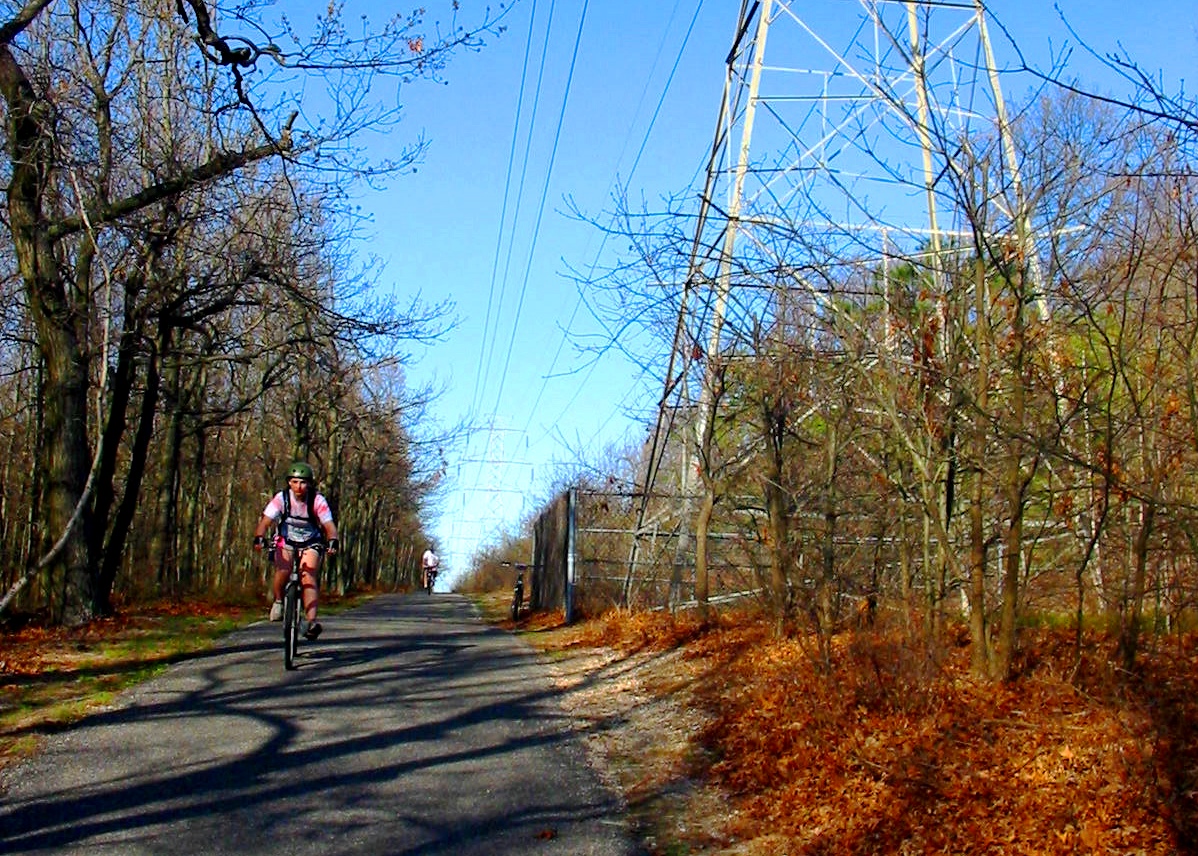 Long Island’s most popular multi-use bikeway connects three beautiful parks - Bethpage State Park, Trail View State Park, and the Massapequa Preserve. This route connects suburban neighborhoods with some of Long Island’s state park system gems.. The trail provides a refuge in nature among heavily used suburban roads and highways and, with short amounts of on-road riding, can provide connections to the oceanfront at Jones Beach via the Ellen Farrant Memorial Bikeway. Since fall foliage reaches Long Island later in the fall you can stretch out your fall foliage season, with leaves waiting until late October or early November to reach peak color. 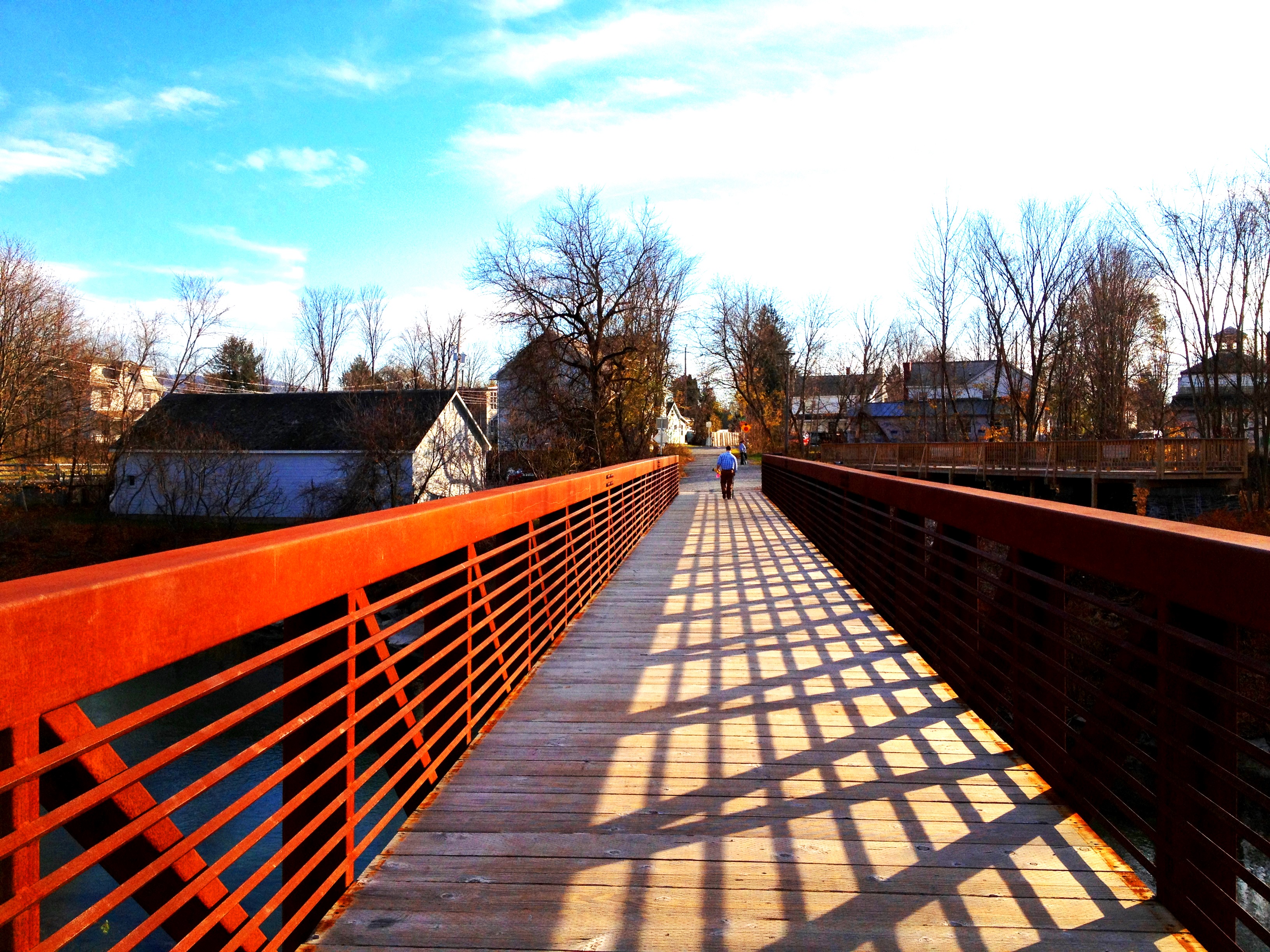 Washington County’s Delaware and Hudson Rail Trail (named for the railroad company, not the canal) is unusual in that it meanders across state lines between New York and Vermont along its 26-mile total route. Also known as the Slate Valley Trail, after the slate mines that the railroad was originally built to service, this trail runs along a valley in one of the most scenic parts of the state, with the foothills of the Taconic Mountains rising on either side of the trail. After you’re done enjoying the trail, go check out some apples at some of the apple orchards found in the region, including Borden’s Orchard, McWhorter’s Orchard, or Hicks Orchard!