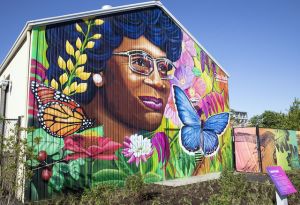 New York City’s largest public park is now open, and ready for you to come visit. Governor Cuomo announced the opening of the first phase of the 407-acre Shirley Chisholm State Park in Jamaica Bay, Brooklyn.

The park will be open daily, and visitors can enjoy 10 miles of multi-use trails, with free loaner bikes for park visitors of all ages, a bayside pier for picnicking; fishing along the park's Pennsylvania Avenue side; and water access. Environmental education will be offered, on topics such as fishing, and guided bird walks.

Park-goers can look forward to enjoying an amphitheater, an environmental education center, and a patio overlooking Hendrix Creek by 2021, as part of the second phase. The park is part of the Governor’s “Vital Brooklyn” initiative, which calls for 34 new or improved pocket parks, community gardens, playgrounds and recreation centers within a ten-minute walk of every Central Brooklyn resident.

This State Park is named for the exemplary historical figure, Shirley Anita Chisholm (1924-2005). Chisholm is known for her political advocacy work for social rights, education, and equity. She was the first elected black Congresswoman in 1969, serving until 1983, and the first woman to run for President of the United States. She was given the Presidential Medal of Freedom in 2015 for her life’s work.

Chisholm has said that she wanted to be remembered as a “catalyst for change” most of all. Shirley Chisholm State Park is fitting to remember her legacy -- Chisholm was a native of Brooklyn and represented Brooklyn in Congress.

The park is an impressive example of sustainable land reuse, turning the former landfill site into an inviting open space, and encouraging users to get outside, get active and reconnect with nature.