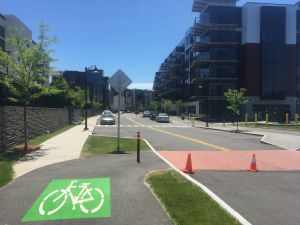 One hundred years ago, Schenectady's waterfront was filled with industrial buildings, as the main manufacturing plant of the American Locomotive Company (ALCO) was churning out locomotives that were used across the growing nation to transport both people and goods. Over the sixty-plus years that ALCO's Schenectady plant was in operation, it was the second largest steam locomotive builder in the nation, producing over 75,000 locomotives, including the iconic Union Pacific Big Boy, one of the largest steam locomotives ever constructed. ALCO's predecessor, the Schenectady Locomotive Works, manufactured locomotives in the city from 1848 to the 1901 merger, including the famous Jupiter, one of two locomotives to take part in the Golden Spike Ceremony that celebrated the completion of the First Transcontinental Railroad.

The switch to diesel power locomotives proved to be a death knell for ALCO. Despite some early innovations in the field of diesel products, other manufacturers came to dominate the market and ALCO was unable to compete. The last locomotives to be made at the Schenectady plant were completed in 1969, and the plant closed later that year. For the next forty years, the site of the former ALCO plant sat largely vacant, and the city struggled to retain employment and lost population to suburbanization. In 2014, however, fortunes for the site changed, as the 60-acre brownfield site was selected as the home of one of three casinos permitted in New York State not on a Native American reservation. The project, branded Mohawk Harbor, and spearheaded by the Galesi Group of Rotterdam, involved the construction of what is now known as Rivers Casino, and also features over 200 apartments, 50 condominiums, 15 townhouses, 2 hotels, and over 100,000 square feet of retail/dining space. The Galesi Group was instrumental in developing the ALCO Heritage Trail and plans to grant a permanent easement on the property to the county guaranteeing public access (read more about that here...). 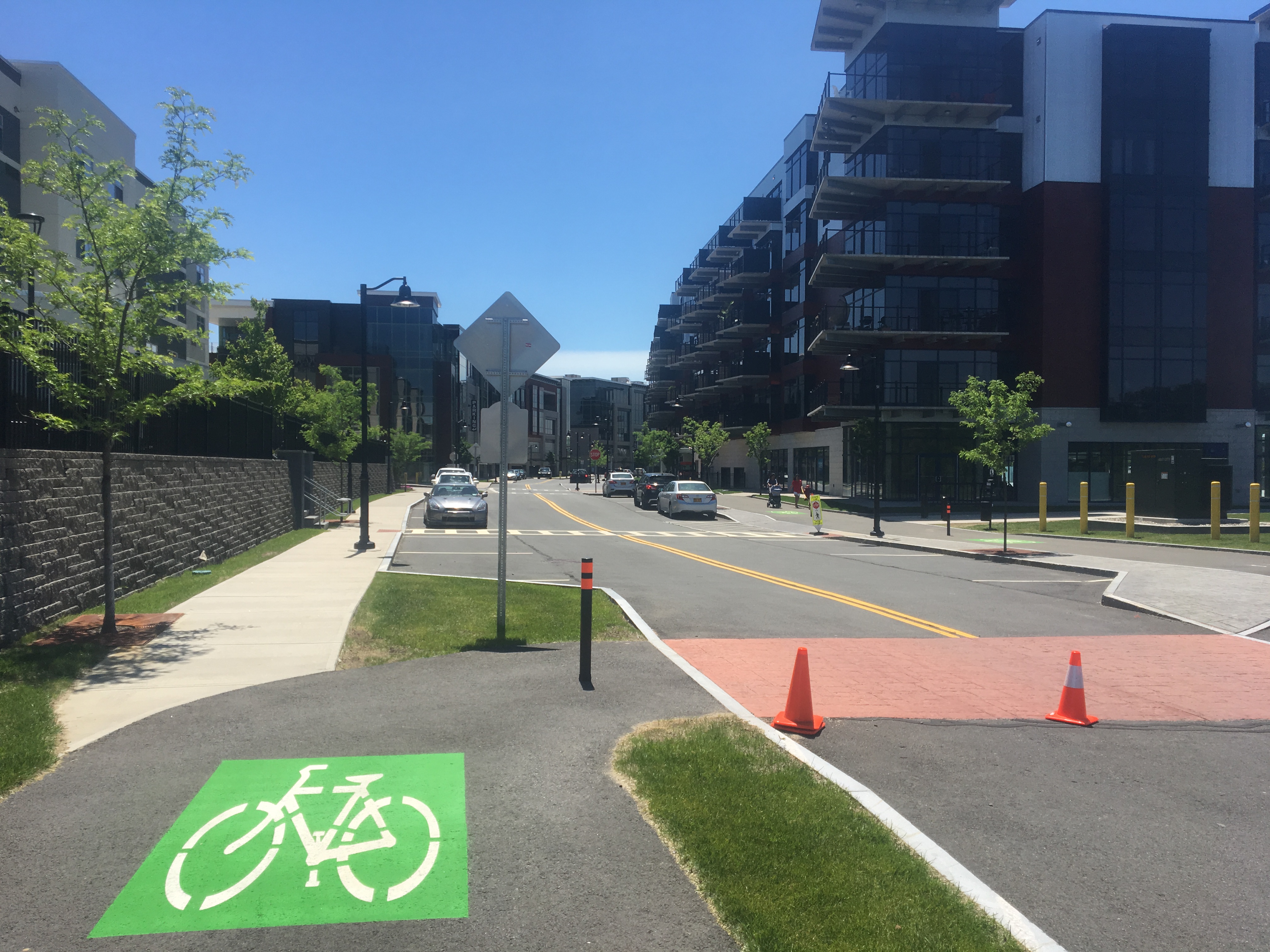 The construction of the ALCO Heritage Trail was one of the centerpieces of the new Mohawk Harbor development. This new trail connects with the Mohawk-Hudson Bike-Hike Trail (a part of the Erie Canalway Trail) on Schenectady's North Side, where the Canalway Trail crosses Maxon Road Extension. The Heritage Trail then runs south along the west side of Maxon Road Extension. As of now, the path rejoins Maxon briefly to cross the Canadian Pacific Railway tracks (use caution in this stretch!) before running as a separate path again down to the end of Maxon at Freeman's Bridge. The Heritage Trail loops underneath the bridge along the banks of the Mohawk before entering the new Mohawk Harbor site. Use caution under the bridge as well - gravel and other debris has washed onto the trail surface.

Once in Mohawk Harbor, trail users encounter the first of many interpretive signs throughout the site that pay homage to the industrial heritage of the ALCO site. This first sign, a copy of which can be found at the other end of the trail, gives an overview of ALCO's legacy, highlighting some of the more famous locomotives designed at the site and summarizing the impact that ALCO had on the industrial history of the United States. The interpretive signage found along the trail is some of the highest quality signage found along any trail or site in the state. Other signs feature a description of the ALCO factory, a summary of the impact ALCO and General Electric had on Schenectady, and profiles of two famous locomotives in American history - the DeWitt Clinton, the first steam passenger train in the country, which hauled passengers between Albany and Schenectady, and the Jupiter, the locomotive involved in the famous Golden Spike ceremony at Promontory Point, Utah.

The ALCO Heritage Trail runs into the Mohawk Harbor development alongside Harborside Drive, the main thoroughfare of the newly constructed area. The trail here is high quality - newly paved, with ample width and pavement markings delineating it as a bicycle path. The trail runs right between the buildings that have been constructed to date as phase one of the work on the site, featuring the many residences and one of the two hotels on the site. Currently open on the site as well are two restaurants/bars - one of the three locations of Druthers Brewing Company, a locally owned craft brewery and restaurant, and a wine and cocktails bar, The Shaker and Vine, which opened in spring of 2019. Throughout the planning and marketing of the Mohawk Harbor project, the presence of the ALCO Heritage Trail and the connection to the larger Capital Region trails network have been major selling points. Developers are recognizing that multi-use trails are important pieces of core infrastructure, and that people looking for housing want to be near recreational assets.

If you manage to drag yourself past the two bars, the trail begins to meander through the site. A turn to the right brings the trail past the walkway down to the small amphitheater that the site uses to host concerts and other festivals. The amphitheater backs onto the newly constructed harbor space that gives the larger site its name. While much of the space you're passing through along this stretch is planned for future development, it currently sits unoccupied, giving the site a wide-open feel. The trail then continues to the most scenic part - a lengthy stretch where the trail runs right along the banks of the Mohawk River. If visiting on a warm, sunny day, like the one on which PTNY staff visited the trail, it's hard to imagine anything better than a trail along a beautiful river.

The ALCO Heritage Trail continues along the river and passes behind the new Rivers Casino, which is rapidly developing into a regional attraction. Beyond Rivers, the trail runs through a more overgrown stretch of green, before ending it's run by curving around to meet River Street, a part of Schenectady's historic Stockade District. A small trailhead with parking can be found at this end as well. While the trail ends here currently, future plans for the trail seek to extend it past another set of railroad tracks, and from there connect to Schenectady's Riverside Park. Eventually, the trail will loop back to meet the Erie Canalway Trail, making this stretch an indispensable loop route along the Canalway Trail route, giving it both local and regional importance. The next time you're in Schenectady - be sure to check out this gem of a trail.

Trail Mix is a monthly feature from PTNY that highlights an existing, planned or proposed trail in communities around the state. If you have a trail you'd like to see highlighted, let us know by emailing ptny@ptny.org.


Photos of the ALCO Heritage Trail

1. Map of the ALCO Heritage Trail from Schenectady County 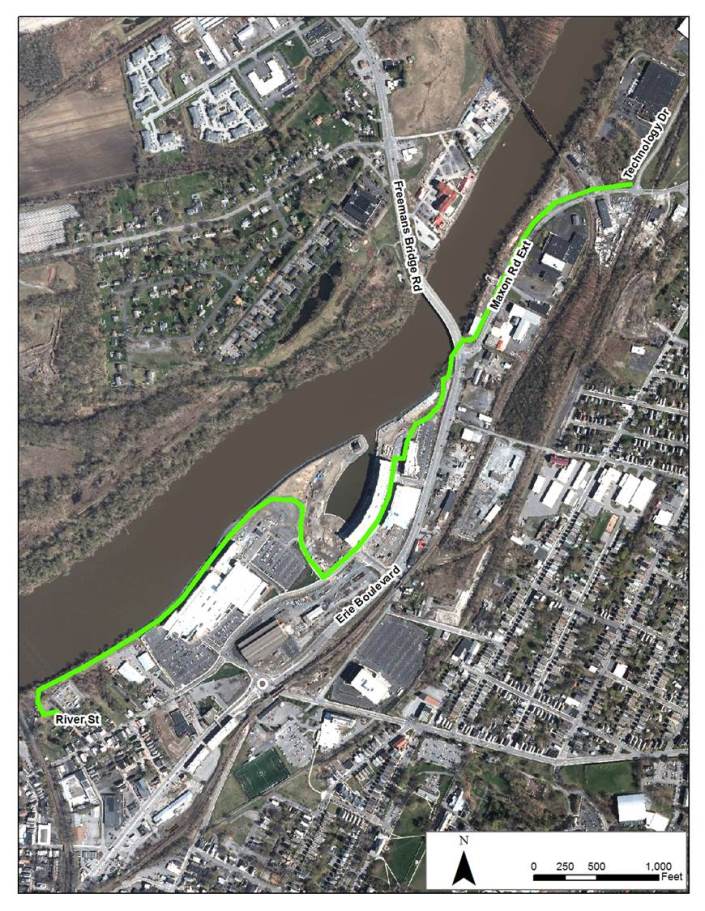 2. The ALCO Heritage Trail starts at a junction with the Mohawk-Hudson Bike-Hike Trail/Erie Canalway Trail in Schenectady's North Side. 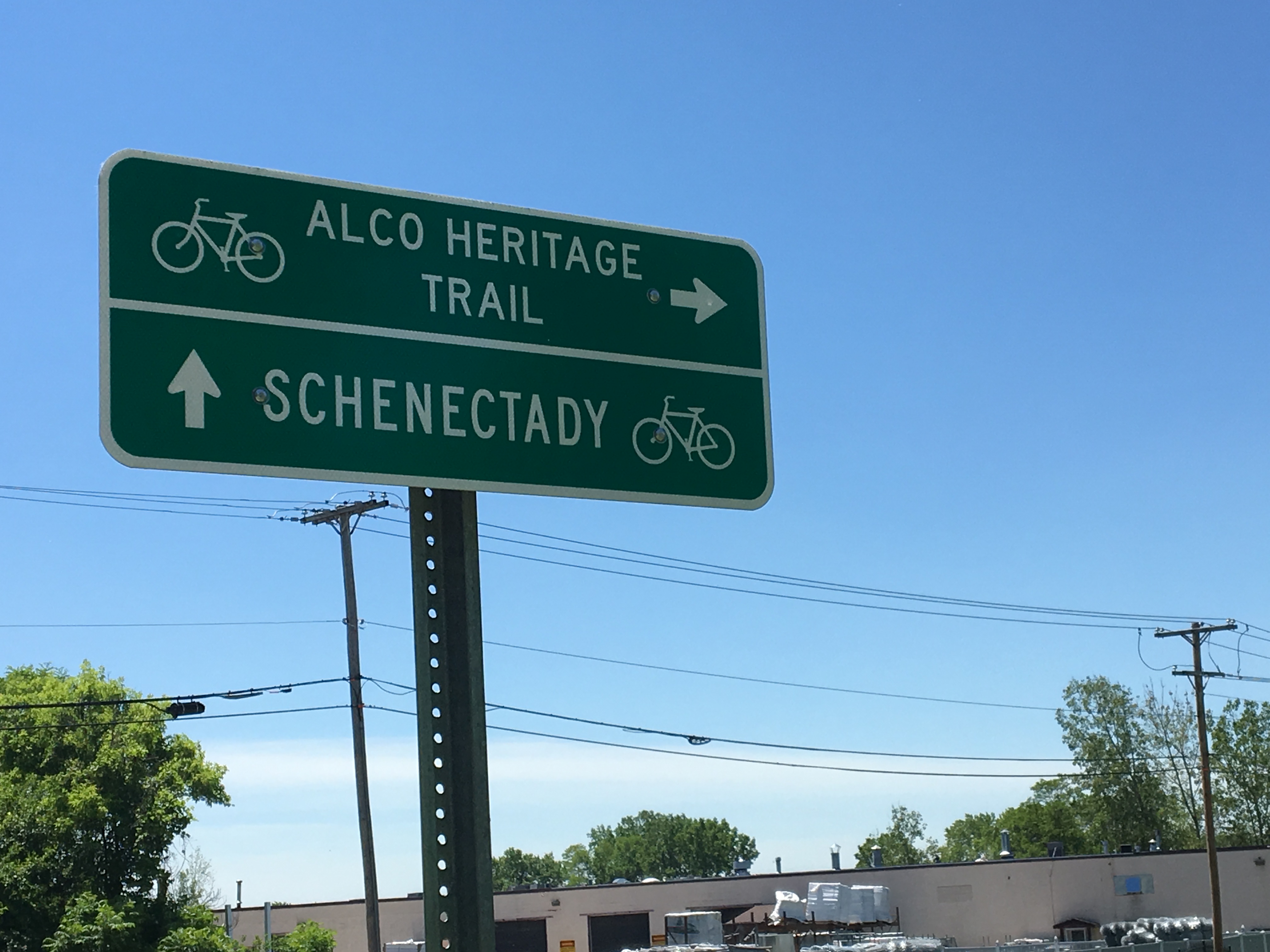 3. Use Caution crossing the Railroad Tracks, as the trail rejoins traffic at this point. 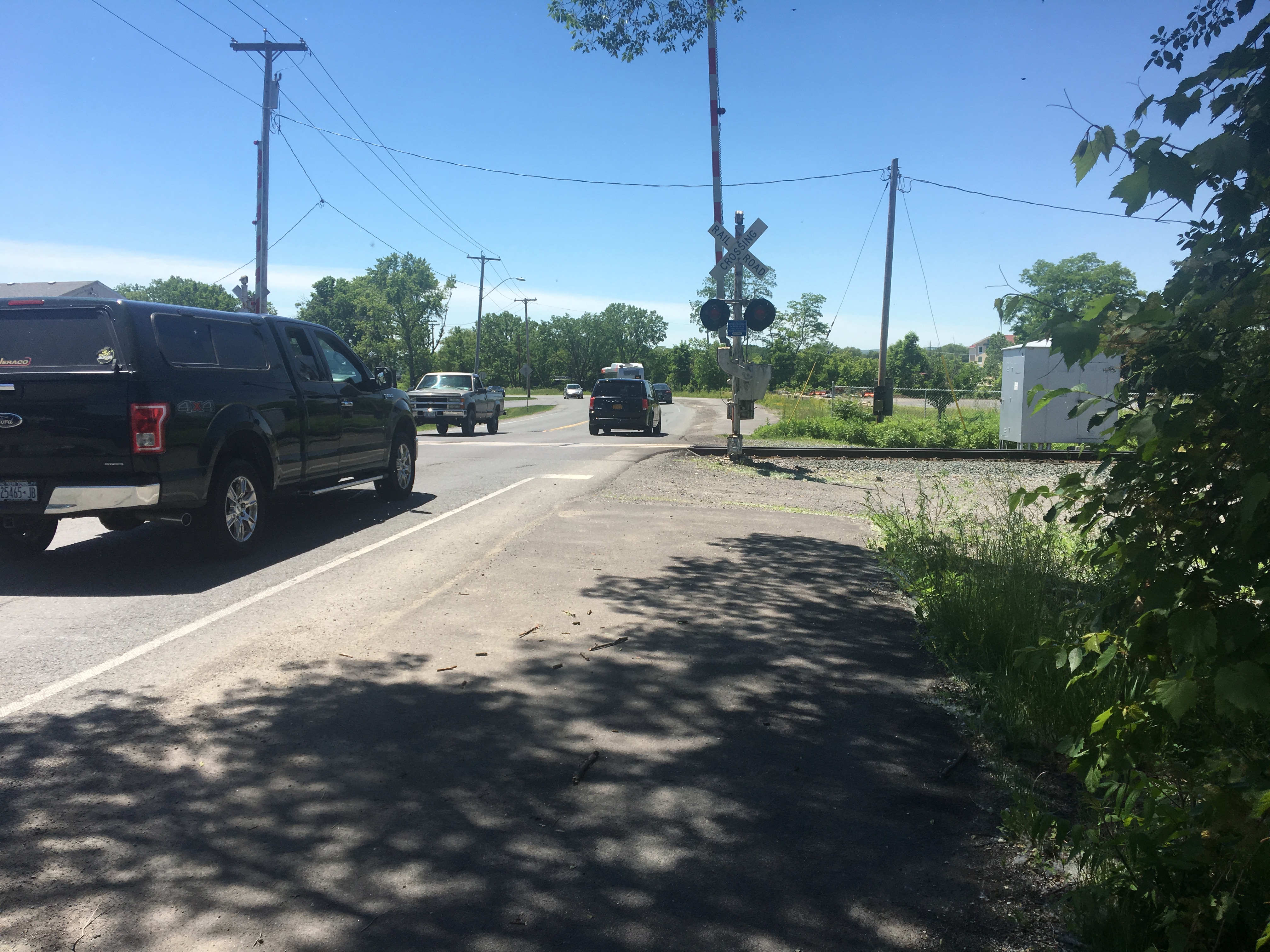 4. The Trail dips under Freeman's Bridge to get to the Mohawk Harbor Site. 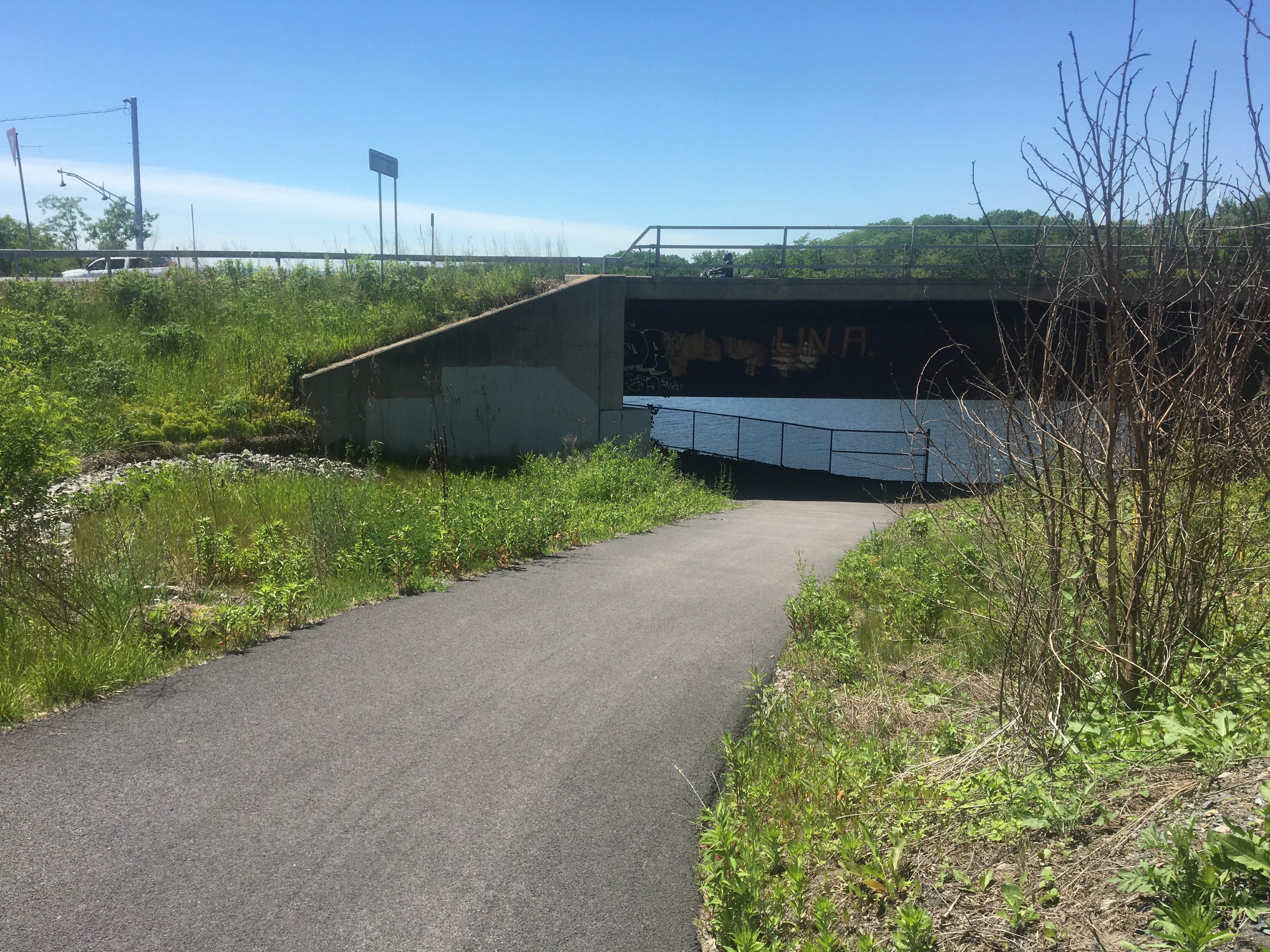 5. The first of many interpretive signs highlights ALCO's legacy. 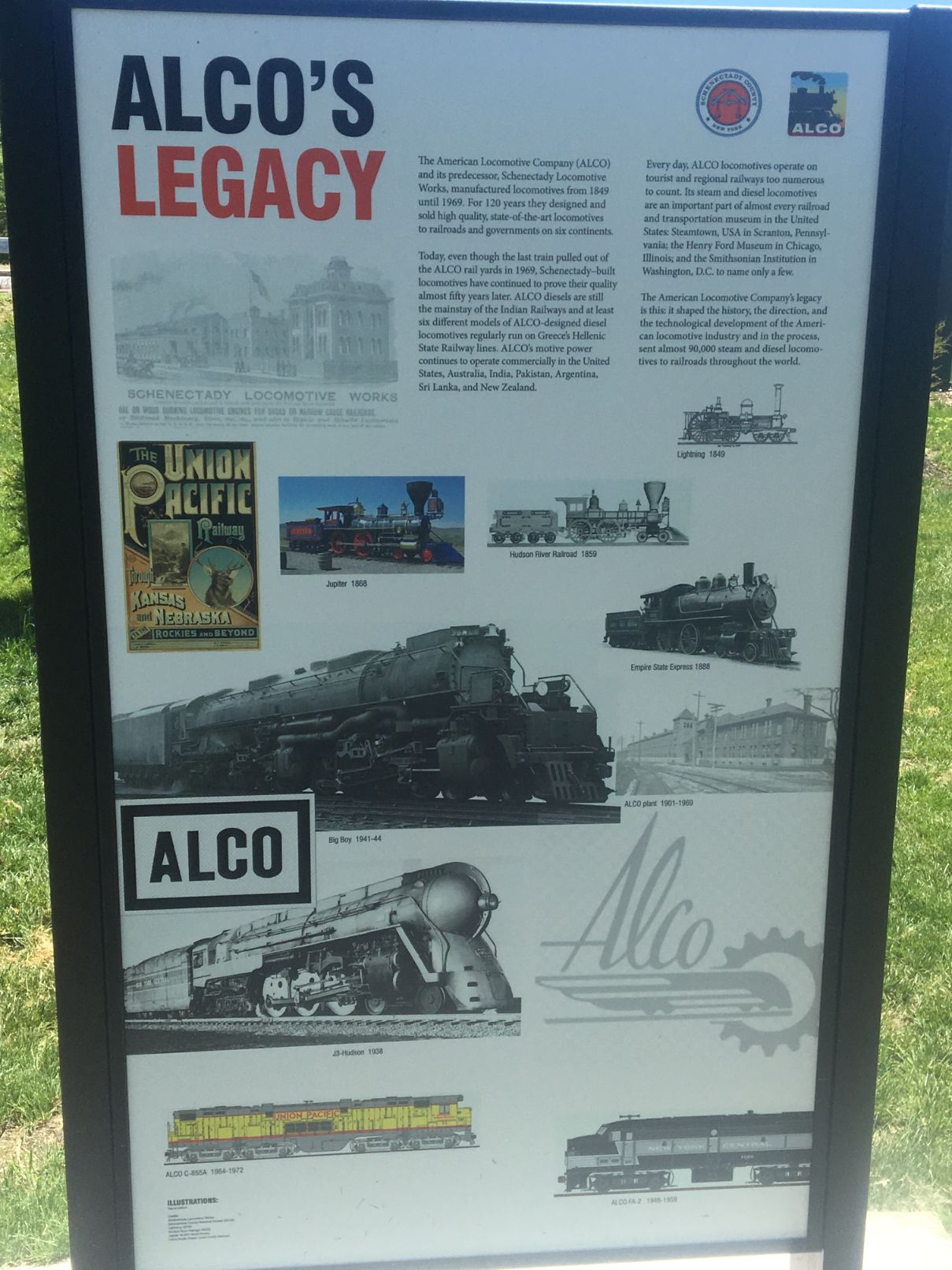 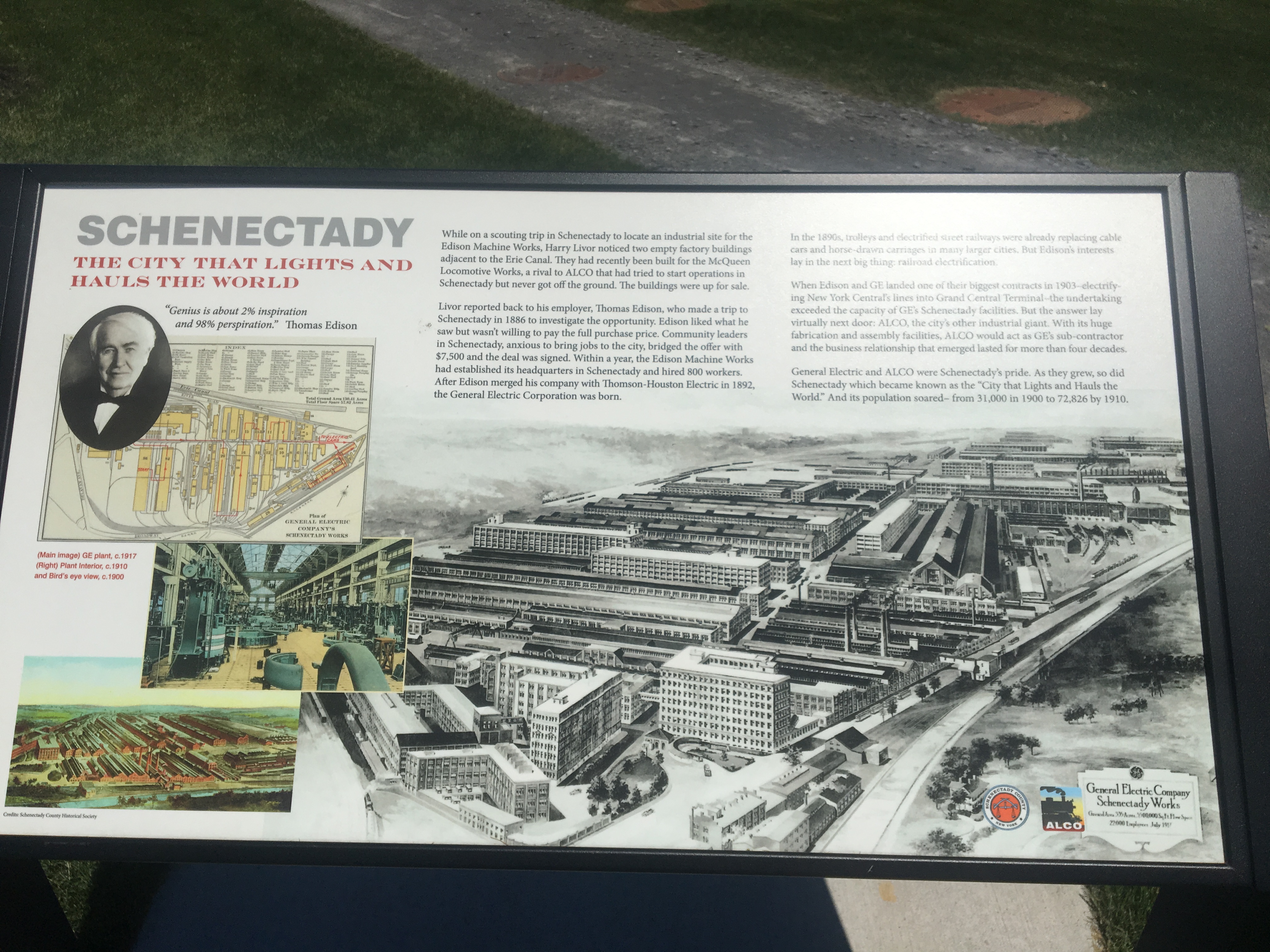 7. Looking to stop for a nice cold drink? Head to Druthers' Brewery! 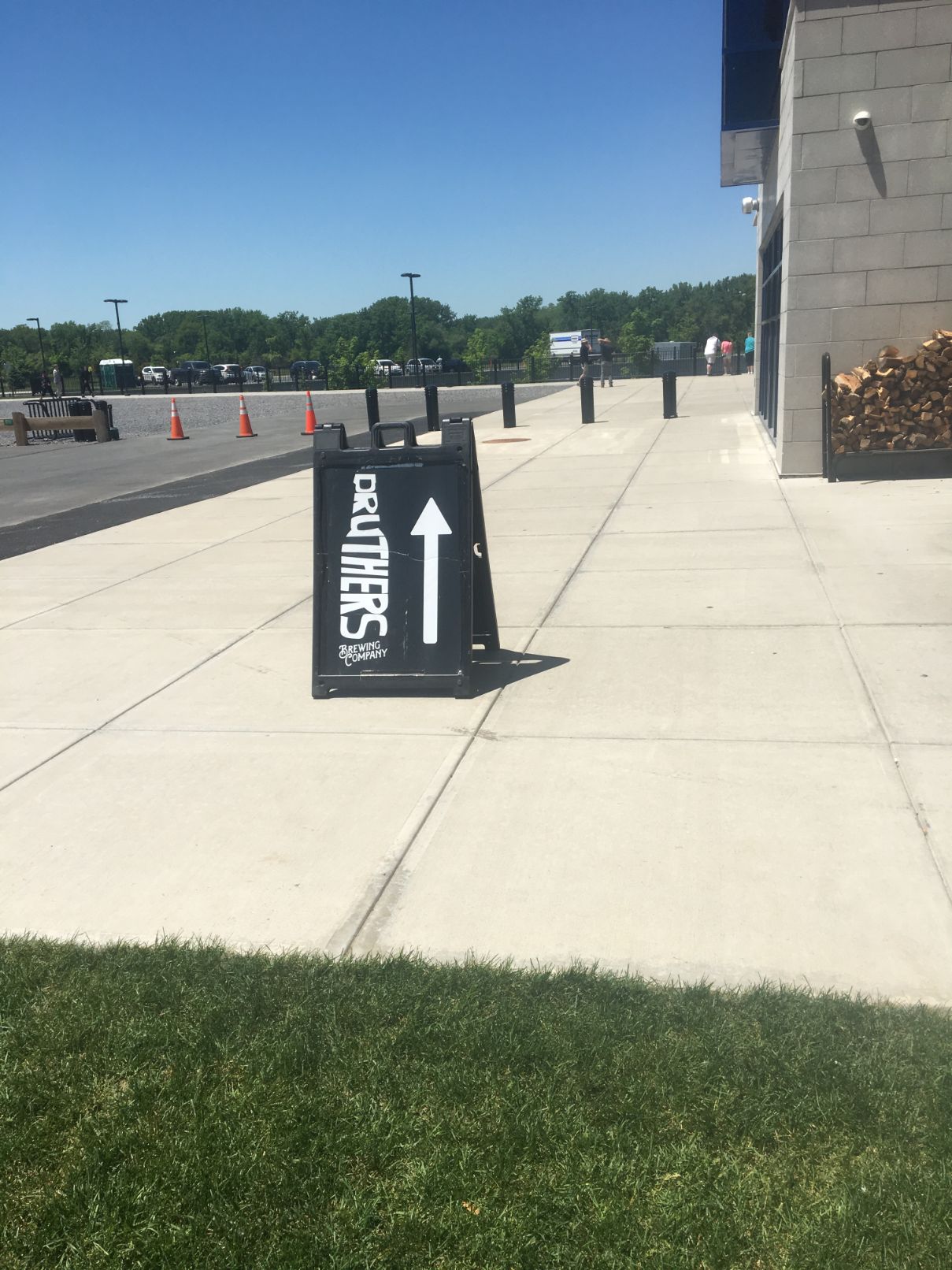 8. The Trail winds around the backside of the new Mohawk Harbor, giving a great view of the new apartments. 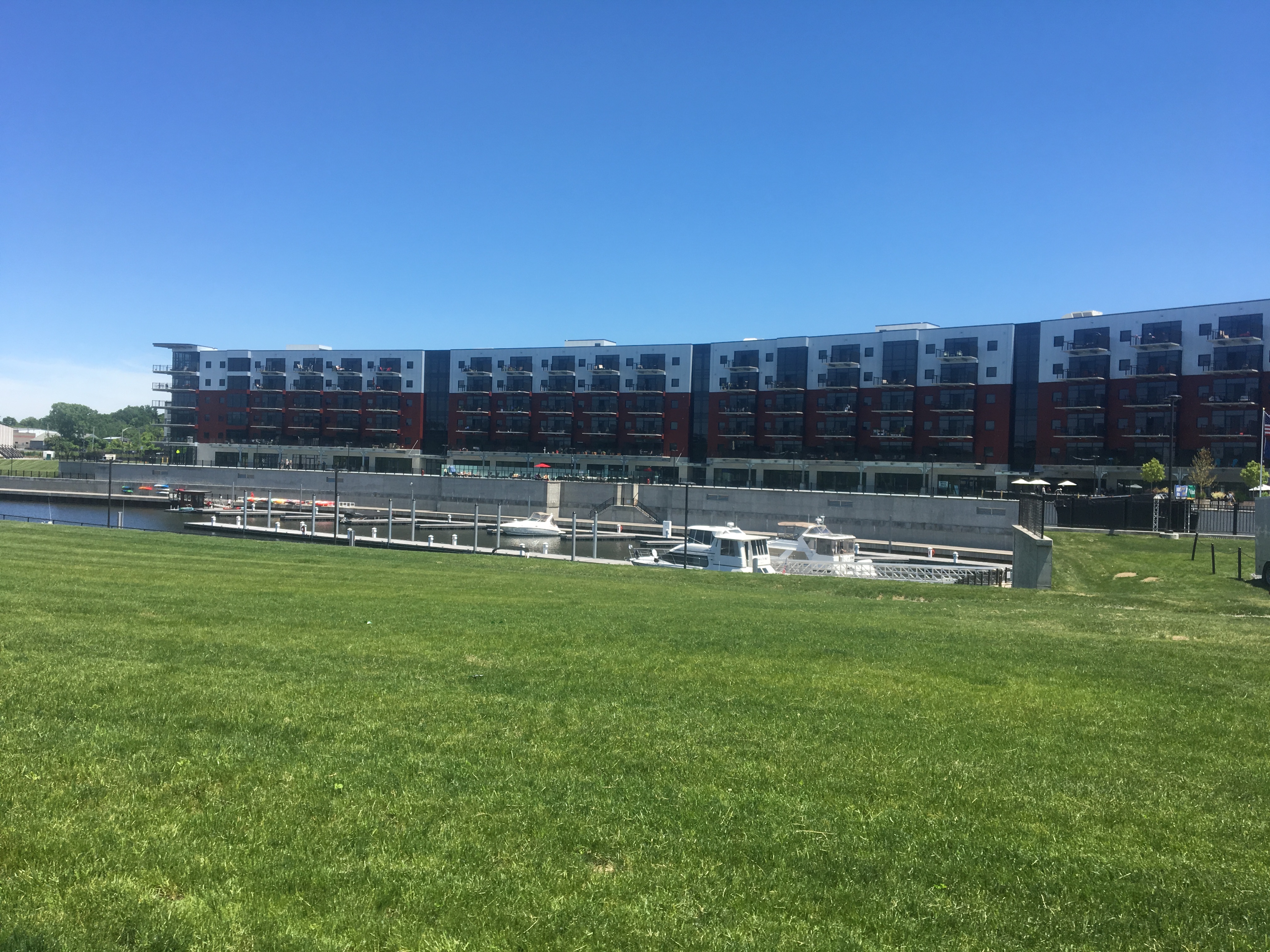 9. The section of trail along the Mohawk is incredibly picturesque. 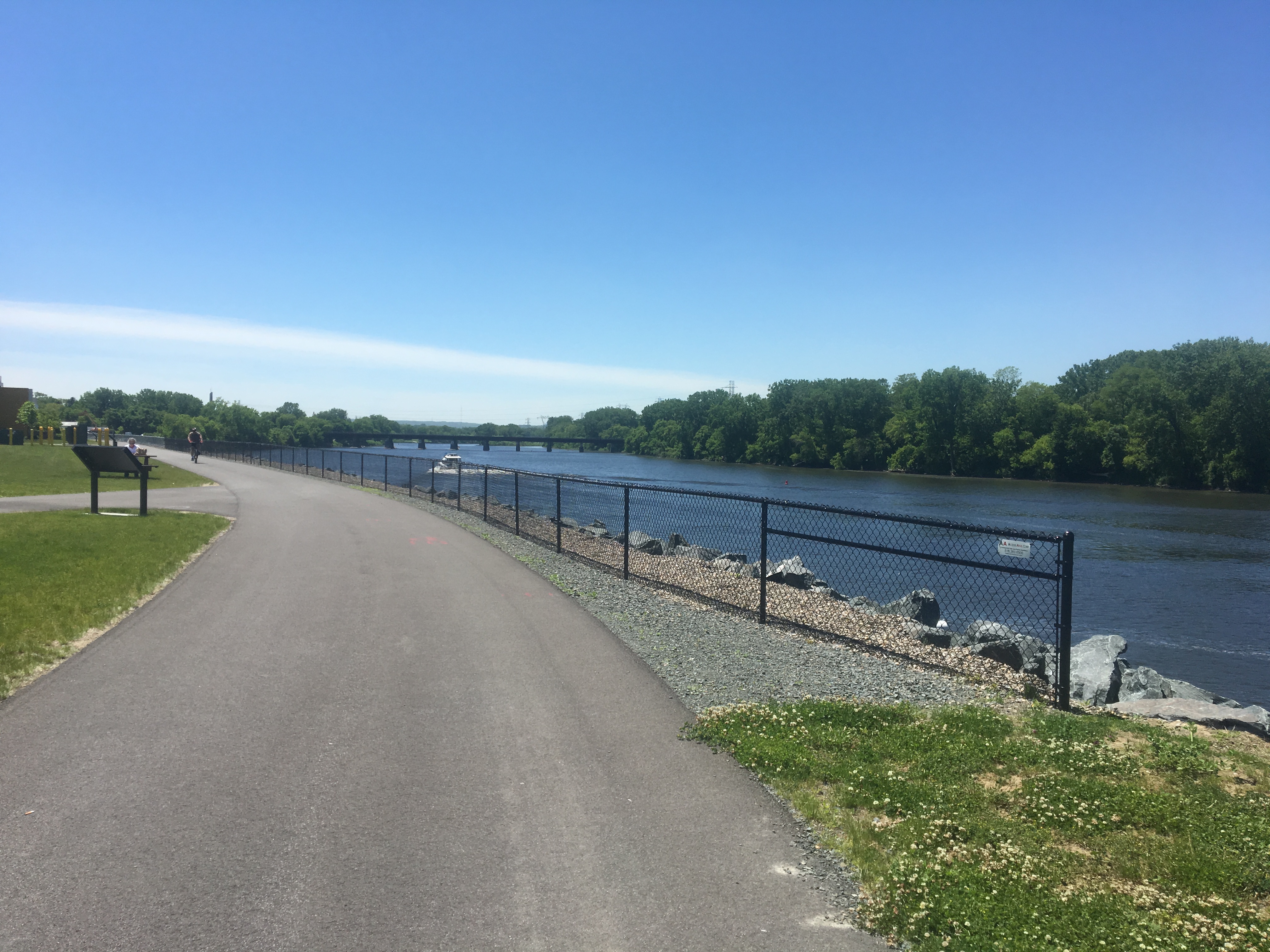 10. At the far end of the trail, the path winds around to connect to a trailhead at River Street, but future plans have the trail running under the railroad tracks to connect with Riverside Park. 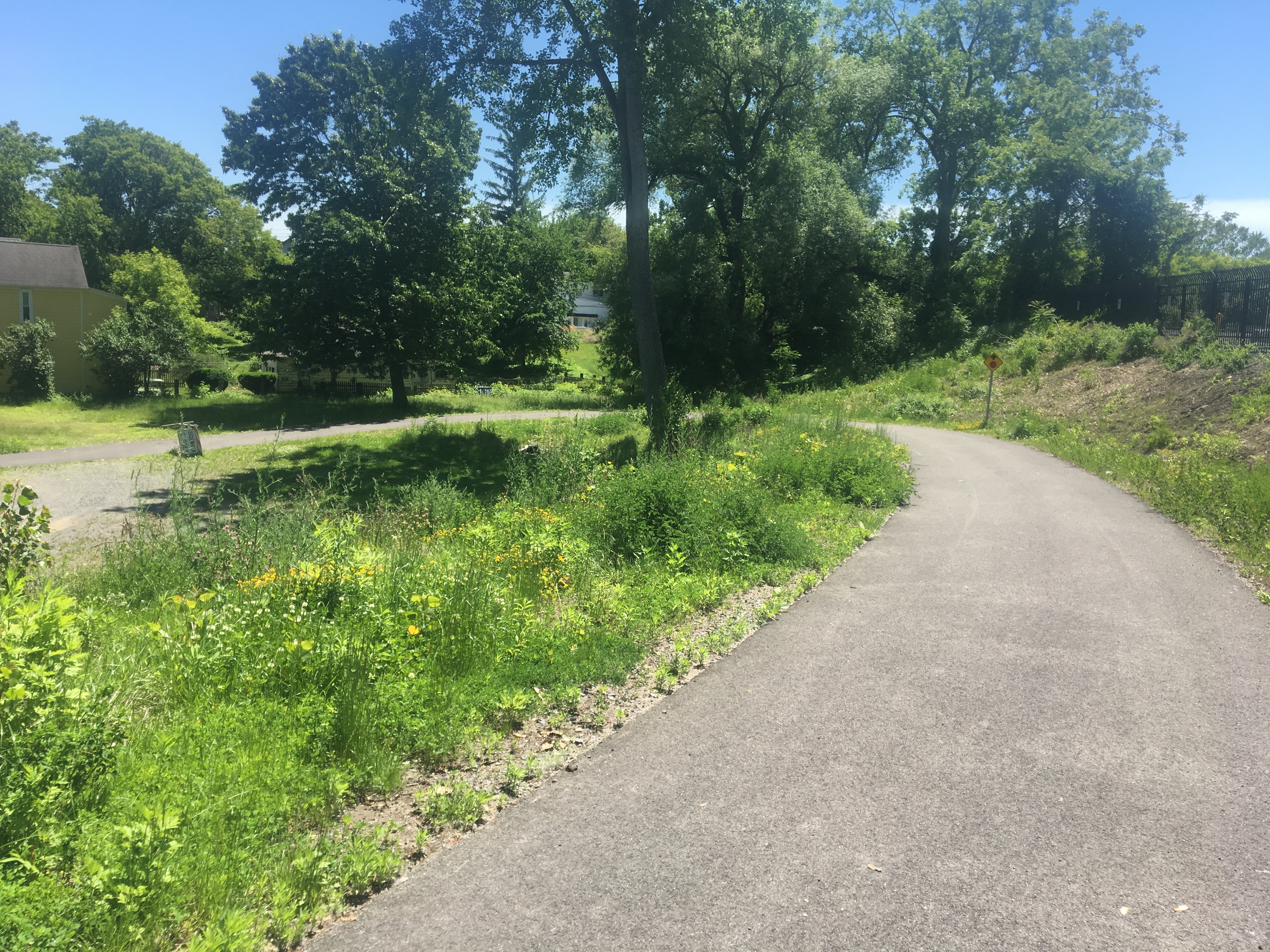