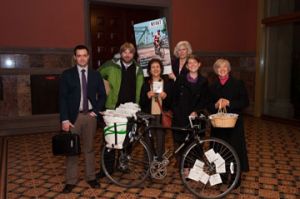 On March 18, Parks & Trails New York will bring together trail and active transportation advocates from around the state for a day of advocacy. Join us in Albany to share your passion for trails!

Trails Advocacy Day comes at a pivotal time for New York's rapidly developing trail network. With the massive Empire State Trail project approaching completion in 2020, Trails Advocacy Day will address the next steps in further connecting the state's trails network. This year's key asks include legislation to create a comprehensive trails planning process and funding to extend access to the Empire State Trail to millions more New Yorkers with a Long Island extension. Trail groups will also be championing regional and local trail projects, and supporting legislation to improve safety on roads and trails. 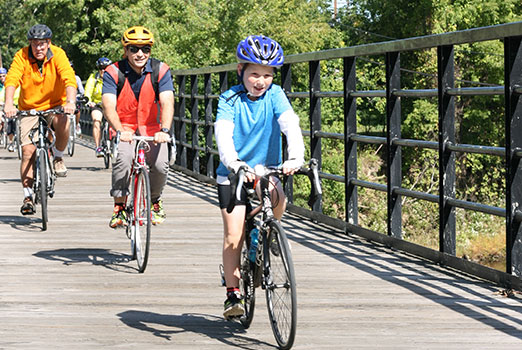 The day starts with a morning program and legislative briefing. Advocates will hear from legislative champions such as Patricia Fahy (D-109), the only state legislator to have ridden the full Erie Canalway Trail. Event partners including Trust for Public Land, AARP, and Scenic Hudson will also provide updates and words of encouragement before our intrepid advocates hit the trail for legislative visits.

Of course, we'll also have some time for cheerleading and updates on the Empire State Trail itself, including hearing from Executive Director Andy Beers. The 750-mile mega-trail will connect New York City with the Canadian Border via the Hudson River Greenway and Champlain Canalway Trails and Albany with Buffalo via the Erie Canalway Trail. This initiative will not only create the nation's longest multi-use trail, but it will also bring substantial health, economic, and environmental benefits to the millions of New Yorkers who live along the new trail.

PTNY and its partners played a pivotal role in securing the landmark $200 million investment to build the Empire State Trail, with a legislative advocacy day in 2017 raising visibility and drumming up support from legislators for the project. This year's event will build on that effort. 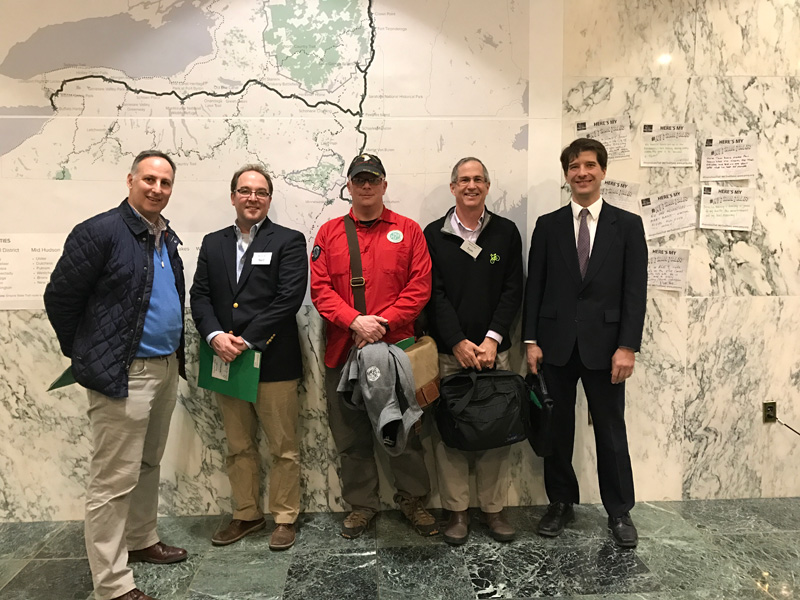 Parks & Trails New York invites you to join us for Trails Advocacy Day on Monday, March 18, 2019 in Albany to ensure that the Empire State Trail continues to be fully funded and to encourage legislators to start planning for the future of New York’s multi-use trail network.