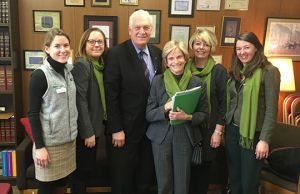 More than 60 park supporters gathered in Albany on March 4 to speak with their legislators about the importance of New York’s state parks and historic sites during Park Advocacy Day.

Participants heard from State Parks Commissioner Erik Kulleseid, Assemblyman Steve Englebright (pictured center), and State Council of Parks Chair, Lucy R. Waletzky (pictured center) during the morning program. After lunch, the advocates split up into teams and met with more than 40 legislators to explain how parks have impacted their lives, and the value of parks in their communities. They stressed the need to support the Governor’s budget proposal, particularly the $110 million in Parks 2020 funding for capital needs at state parks and historic sites; a $300 million Environmental Protection Fund (EPF); and $1 million for the Park and Trail Partnership Program, a capacity-building grants program for grassroots Friends groups. These efforts will have a lasting impact on legislators as they make important decisions about parks and the New York State budget. 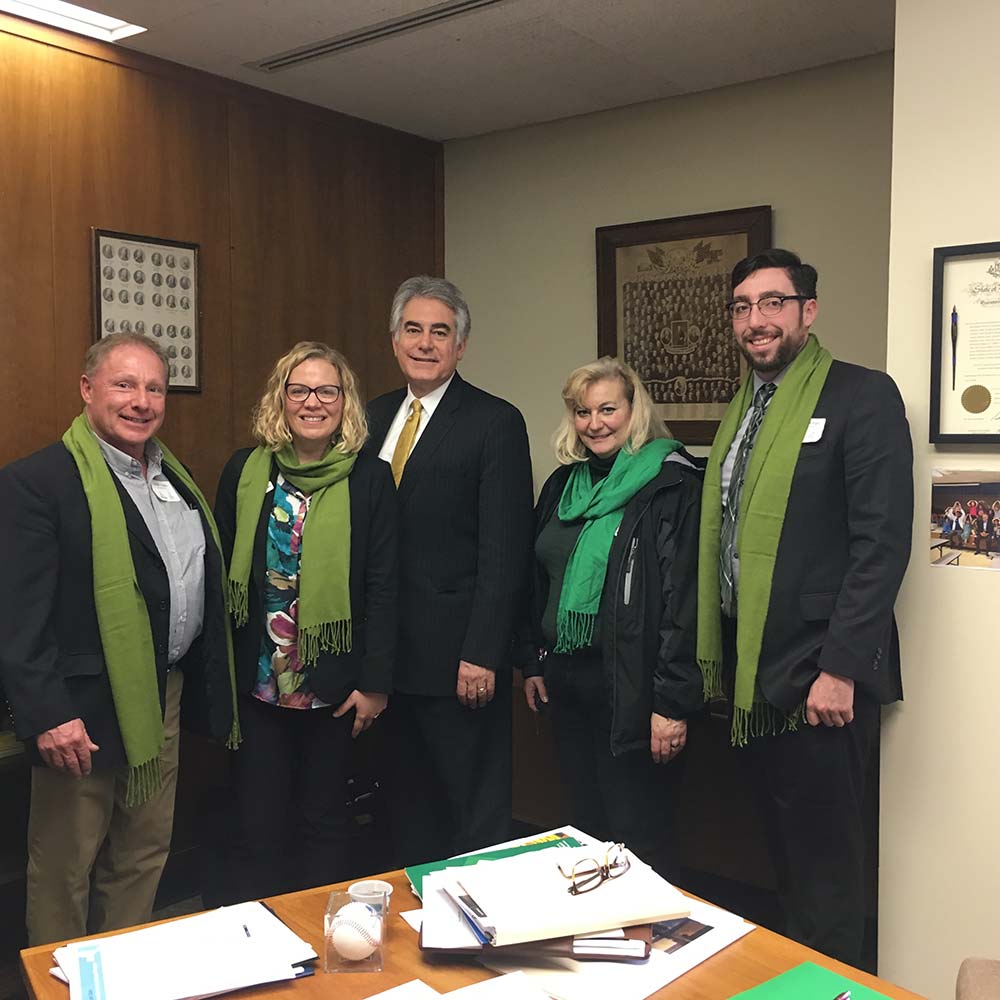 Derrick Pratt, Program Director for Chittenango Landing Canal Boat Museum (pictured on right) had this to say, “Park Advocacy Day is a unique experience that we highly recommend to anyone who has an interest in preserving and strengthening New York’s great park system. These meetings gave us the chance to give our parks a voice and interact with the state’s decision makers on a personal level. For instance, in addition to finding out that the representatives we met with were quite knowledgeable and supportive of parks in general, we were also able to discuss more local topics like Assemblyman Stirpe’s shared enjoyment of Green Lakes and Senator Rachel May’s enthusiastic support of our own park, the Old Erie Canal, and the Empire State Trail improvements that are occurring within it. We love Park Advocacy Day. We connect with lawmakers on the value our great parks bring to their constituencies, economy and community. We encourage all PTNY partners to participate in future years.”