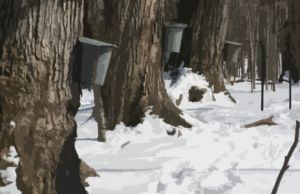 Spring is a time for renewal and rejuvenation - there’s no better time to gain some knowledge or find a new hobby. Parks across the state are holding great programs involving skills that you can master in no time. Challenge yourself to try something new too. You can also attend an event about history and learn something you never knew. There are so many terrific events and programs to choose from. While you’re there, you can admire the birds, animals, and budding plants that are coming back to our State Parks after a cold, snowy winter.