A New Vision for #518Trails

A New Vision for #518Trails 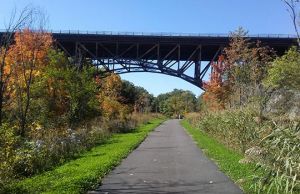 New York is on a roll when it comes to multi-use trail development, with the ambitious Empire State Trail project receiving national attention and spurring additional investment from both public and private sources. In January, Capital Region trail fans were given yet another reason to cheer with the release of the Capital District Trails Plan: Advancing a Vision for Connecting Communities. The Plan provides ambitious goals for the regional trail network, and predicts big benefits for local trail users and the Capiital region economy should they be achieved. 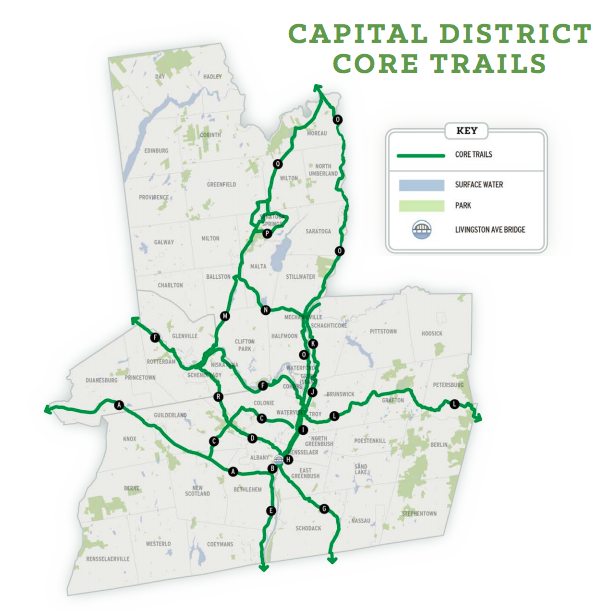 The Plan lays out an ambitious vision for a regional network of multi-use trails that connect Capital region communities, and tie in with the growing statewide network. Over 200 miles of new trails are called for, hosting an estimated 1.1 million additional trail users. CDTC conducted extensive data gathering, mapping of existing and planned facilities, as well as undertaking a robust public engagement process. Parks & Trails New York played a pivotal role in the Plan by conducting the 2016 Capital District Trail User Counts.

While the extensive mapping and data gathering are solid, CDTC's planning blazes new trails in the attention it pays to the economic impact of Capital region trails, both now and in the future, and through an effort to direct future branding and marketing efforts of the local trail system.

First the big numbers: CDTC estimates an annual economic impact of $48.9 million for the Capital Region should the plan's recommendations be implemented; this includes a $23.7 million increase in direct tourism spending in the region.

Of course, people need to know about the trail system before they use it, or even plan a vacation around it. CDTC's branding and marketing recommendations provide an important road map for building awareness. These include a logo that could be used system-wide.

Take a look at the Plan here. Let CDTC know what you think by using #518Trails on social media, and don't forget to get out and enjoy a Capital District trail.