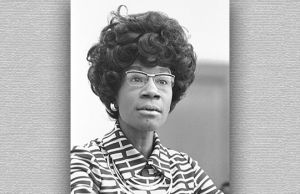 This summer, a new State Park will be opening in Jamaica Bay, Brooklyn. Shirley Chisholm State Park is a part of Governor Cuomo’s “Vital Brooklyn” initiative, which aims to have recreational locations within a ten minute walk for all Central Brooklyn residents. The park will encompass 407 acres of land, making it the largest State Park in New York City.

The park, composed of two former landfills, will be an example of sustainable land reuse. These landfills were covered by the New York City Department of Environmental Protection in 2002 with 1.2 million cubic yards of soil, resulting in a beautiful array of plants, trees, and shrubbery.

The park will be open daily and will have 10 miles of multi-use trail. The park also features access to the waterfront, kayaking, picnic areas, and concession locations. Park-goers can look forward to enjoying an amphitheater, an environmental education center, and a cable ferry by 2021.

This State Park was named for the exemplary historical figure, Shirley Anita Chisholm (1924-2005). Chisholm is known for her political advocacy work for social rights, education, and equity. She was the first elected black Congresswoman in 1969, serving until 1983, and the first woman to run for President of the United States. She received the Presidential Medal of Freedom in 2015 for her life’s work.

Chisholm has said that she wanted to be remembered as a “catalyst for change” most of all. Shirley Chisholm State Park is fitting to remember her legacy -- Chisholm was a native of Brooklyn and represented Brooklyn in Congress.