Trails Get a Boost

Trails Get a Boost 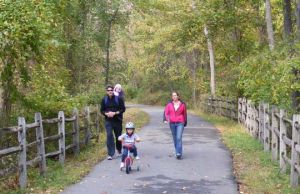 Trail projects from around the state received an early holiday present with the announcement of the Regional Economic Development Council’s 2018 award in December. More than $2.7 million was awarded to projects involving the construction or improvement of multi-use trails in just about every region of the state, building off the momentum generated by ongoing construction of the Empire State Trail. These awards reflect an understanding and appreciation by communities all around New York that trails, and the many riders who use them, are a great form of economic development for local communities.

In the Village of Newark, $150,000 will be used to improve the Erie Canalway Trail. The funding will allow Newark to pave portions of the Erie Canalway Trail, increasing both user friendliness and recreational access. Period lighting fixtures, previously erected on Main Street, will be re-purposed to illuminate the trail, allowing for extended and more secure use. With the ongoing bicentennial of the Erie Canal, Newark has been hosting a variety of community events, gatherings and programs highlighting the Canal’s significance. This project will encourage more people to come see all the great offerings that Newark has along the Canalway Trail!

Across the state, the value of trail projects and the potential economic benefits to be created through funding trail and bicycle-related infrastructure have been recognized by these Regional Economic Development Councils. The many projects to be funded through this latest round of grants will strengthen the state's recreational trail network, bringing cyclists and other users to trails across the state! The great momentum from these efforts will continue with the completion of the Empire State Trail in 2020 as New York claims it's place as the country's leader in multi-use trails. 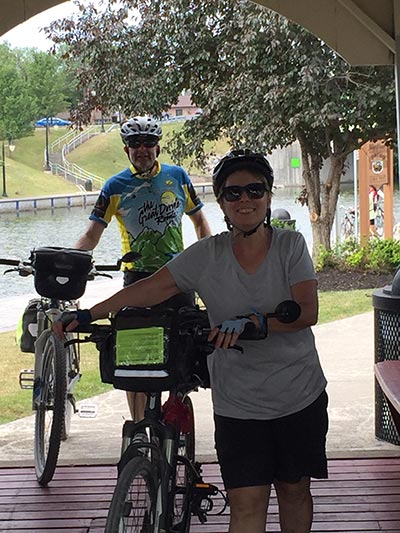 Other projects receiving funding with a trail component: