he 524-mile Canalway Trail system is one of New York State’s premier outdoor destinations. The trail gives millions of New Yorkers in more than 200 canalside communities a dedicated place to walk, jog, and bike right from their doorsteps. Since 2005, Parks & Trails New York and the New York State Canal Corporation have been at the forefront of quantifying the trail’s popularity through annual Canalway Trail counts. 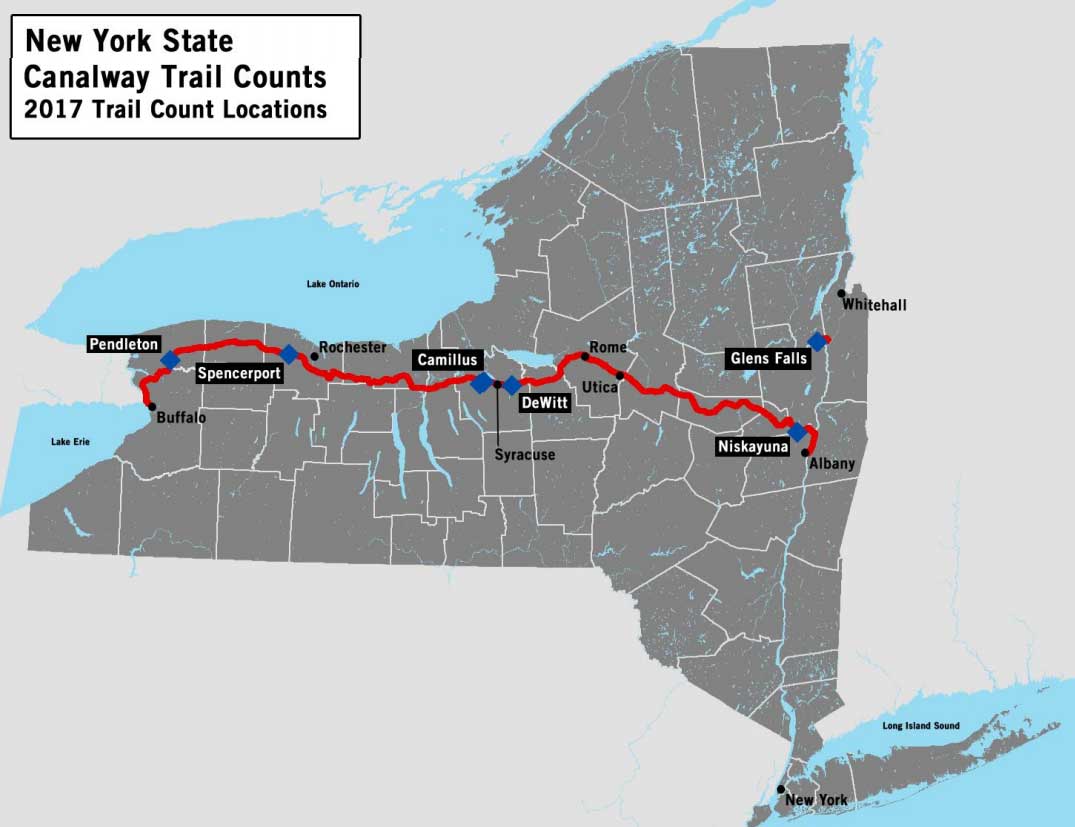 The 2017 Who’s on the Trail report reveals some impressive usage trends across the corridor. The counts ranged from just over 50,000 annual visits in Pendleton to more than 180,000 visits in Niskayuna. The Niskayuna figure is the second highest figure ever recorded using a full year’s worth of count data. Locations in DeWitt and Camillus also show strong usage levels, with more than 100,000 visits occurring during the 12-month count period. Usage at all locations is strongest on weekends and holidays, suggesting the trail is very popular for recreational activities. Peak usage for all locations occurs between June and September, though the busiest month varies by location.

The 2017 counts mark the first time that 12 months’ worth of count data could be analyzed across multiple locations. This large amount of data not only provides unprecedented insight into Canalway Trail usage, but it will also allow PTNY to make more accurate usage estimates in the future.

A full analysis of Canalway Trail usage in 2017 is available in the Who’s on the Trail report here.