In April, we shared the Greatest Trail News Ever when funding was announced to complete the Erie Canalway Trail and to build a new multi-use trail (the Empire State Trail) to connect New York City with the Canadian border.

Now, we have more details for hungry trail fans to sink their teeth into.

In August, the Hudson River Valley Greenway, the state agency tasked with directing the development of the statewide trail network, released a Draft Plan including maps of the proposed route between Buffalo and Albany, and New York City to Canada.

Beyond the great maps, the document lays out the vision for the project, as well as briefly delving into details such as trail surfaces, plans for maintenance, and wayfinding and signage plans.

More on the Empire State Trail 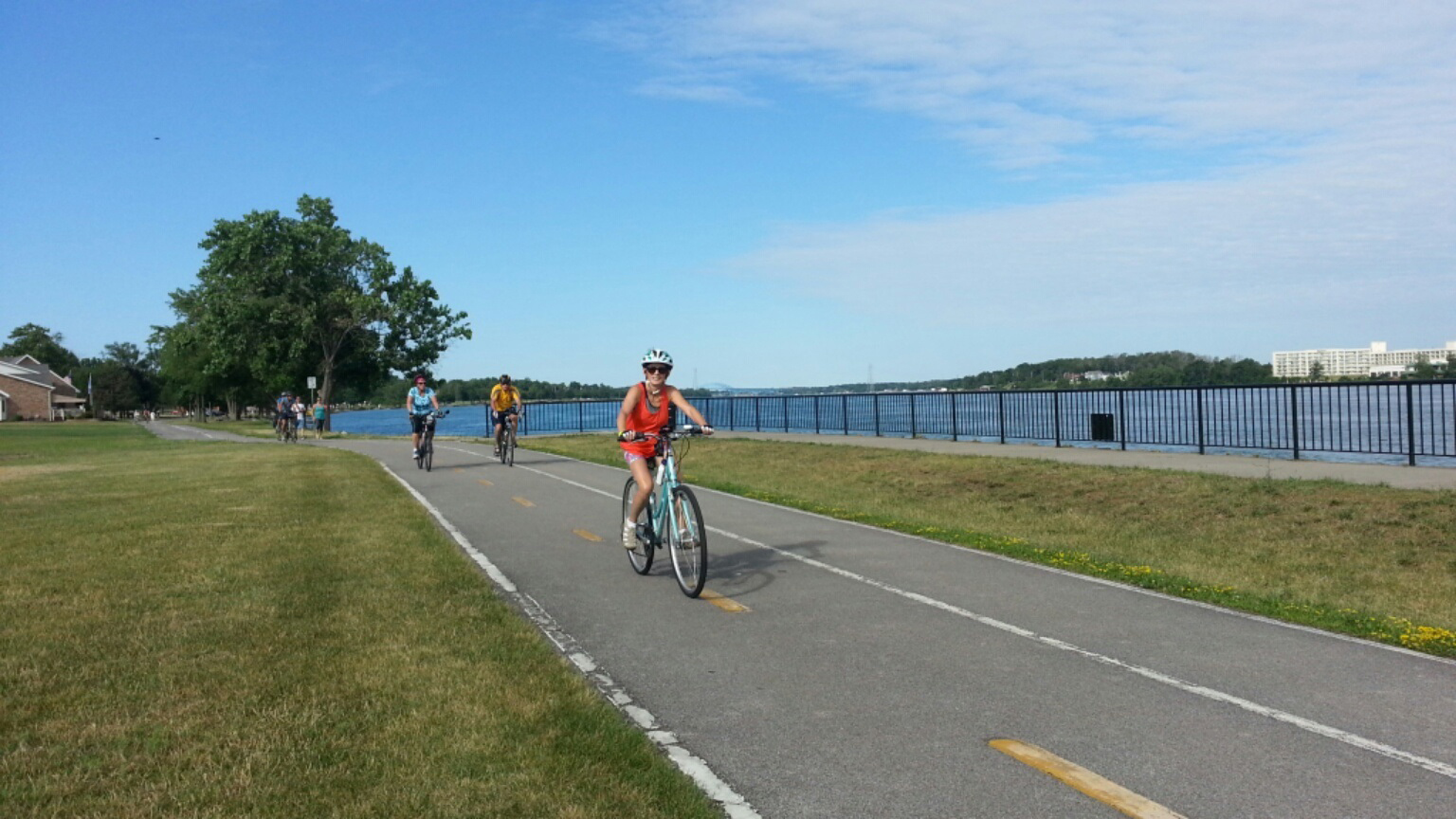 The Empire State Trail will be the nation’s longest state trail system – imagine a 750-mile “T” laid sideways across New York State. In addition to filling in the remaining gaps in the Buffalo to Albany Erie Canalway Trail, the Empire State Trail will complete the Hudson River Valley Greenway, currently 40% complete as an off-road route, between NYC and the Southern Adirondacks. Finally, on-road enhancements to Bike Route 9 will connect the trail to the Canadian border, completing the T. All totaled, 350 miles of new off-road trail will be constructed.The trail will make New York State a destination for outdoor recreation and heritage tourism, connecting a rich network of parks, historic sites, and cultural amenities. The trip-planning opportunities are endless….and EPIC.

Governor Cuomo also announced plans for an Empire State Trail smartphone app, and other resources to encourage trail use. And then there’s the effect that the trail system will have on other local and regional trails throughout the state. Connecting these trails to the main route will create an even bigger impact for the state's trails. And think of all the new people that will get outside because of a new trail connection!

Stay tuned as the Empire State Trail gets rolling. 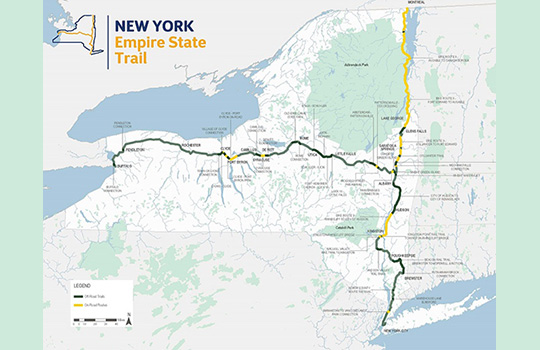