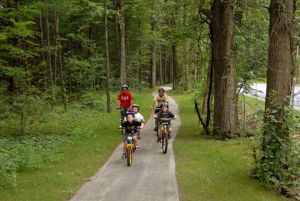 In December trail advocates across the country celebrated a major milestone for the Recreational Trails Program, a federal funding program that has helped more than 400 projects in New York State since 1991.

New York State is home to thousands of miles of trails, ranging in length from 360 miles to less than a mile. Some are paved multi-use trails, while others are naturally-surfaced trails considered a jogger’s or walker’s paradise. For many of these trails, however, one thing they have in common is that they have received funding from the Recreational Trails Program (RTP). Now, as the program turns 25, it’s important to understand just how significant of an impact the program has had across New York.

Congress authorized the RTP 25 years ago as part of the federal transportation bill, the Intermodal Surface Transportation Efficiency Act of 1991 (ISTEA). Subsequent reauthorizations, including most recently in 2015, have resulted in over $1 billion in funding for trails across the country, including more than $30 million in New York State alone. 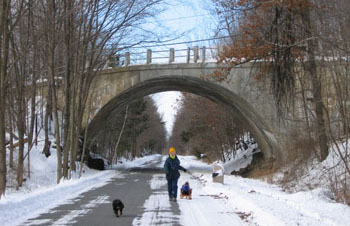 RTP projects include trail maintenance and restoration, new trail construction, easement and corridor acquisition for future trail development, and trail maintenance equipment. Less than a third of RTP funding comes from gas taxes paid by snowmobilers, four wheelers, and other off-road motorized vehicle users; the remaining funding comes from an equal apportionment by Congress to each state.

More than 400 trail projects have received RTP funding since 1991, including many trails that PTNY has worked on. While the individual amounts allocated to each project may be relatively small, one of the most successful aspects of the RTP program over the past 25 has been its ability to leverage local funding, expanding the program’s overall impact.

Over the past two years, recent recipients of RTP funding have included many of the trails you use on a daily basis, including the following:

As you head out on a trail near you in 2017, remember that it’s likely the trail you’re on has been impacted by the 25-year old Recreational Trails Program.