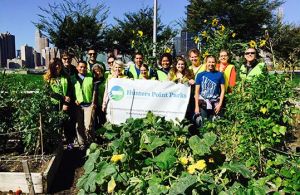 Parks & Trails New York (PTNY) and the NYS Office of Parks, Preservation and Historic Preservation (OPRHP), with support from Governor Cuomo and the NYS Legislature, are pleased to announce the second round of $500,000 in competitive grants through the NYS Park and Trail Partnership Program funded through the NYS Environmental Protection Fund. The grants are available to Friends Groups of State parks and the program will be administered by PTNY, in partnership with OPRHP.

The program is designed to:

In March 2016, Governor Cuomo announced the first round of Park and Trail Partnership Program awardees which secured $450,000 in grant funds disbursed among 20 organizations dedicated to the stewardship and promotion of New York State parks and historic sites. The grants were matched by nearly $242,000 in private and local funding which support projects to strengthen Friends Groups and enhance public access and recreational opportunities at parks and historic sites across the state.

Applications are due December 2, 2016. Grant awards are expected to be announced in March 2017. The Park and Trail Partnership Program is open to recognized Friends organizations whose primary mission is the preservation, stewardship, interpretation, maintenance and promotion of a specific New York State park, trail or historic site (or multiple such sites) under the jurisdiction of State Parks. More information about the grant program and its timeline are available at https://www.ptny.org/our-work/support/park-trail-partnership-program.