Pokécycling: Dos and Don'ts of Pokémon GO on Two Wheels

Pokécycling: Dos and Don'ts of Pokémon GO on Two Wheels 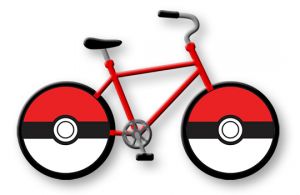 By now you have most likely encountered an increased amount of mobile phone users out in public gazing into their screens. Those in pairs or groups may be exclaiming, “I found him over here!” or “You’re already on Level 6??” Yes…it’s Pokémon GO, the new mobile game released by Niantic Labs that has exploded internationally within its first few days.

Often, with a phenomenon comes controversy. A quick search will yield numerous accounts of dangerous occurrences happening to players, or important historic (and even sacred) sites being the locations of scenarios in the game encouraging players to cause a slight ruckus in some locations.

One of those controversies that we're particularly interested in is the compatibility of the game with bicycling. Upon first glance it seems like an ideal situation: A video game that will get people (especially the younger generation) up from the TV and outside to explore. The game tends to focus much of its activity around walking in public spaces, particularly parks. To get to each location quicker, bicycling seems as though it would be the golden key. Yet, there are downsides. 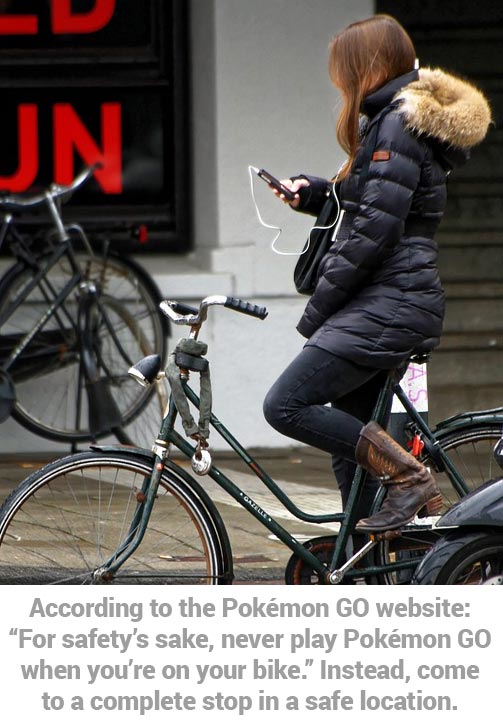 According to the Pokémon GO website: “For safety’s sake, never play Pokémon GO when you’re on your bike, driving a car, riding a hoverboard, or anything else where you should be paying attention.” Although we do not condone disregarding Niantic's advice, bicycling is an excellent means to get from point to point. But when your phone begins to vibrate: come to a complete stop in a safe location, then fling your Poké Balls at that Zubat.

Here is some useful advice for yourself or to share as a parent:

ADVANTAGES OF “POKÉCYLCLING” OVER WALKING OR USING A VEHICLE