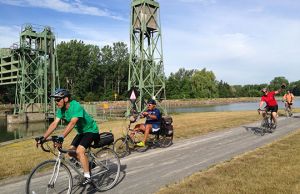 Last month, more than 650 cyclists and 80 volunteers pedaled 400 miles between Buffalo and Albany as part of Parks & Trails New York’s Cycle the Erie Canal tour. This year’s tour, which kicked off with a police escort out of Buffalo on July 10 and arrived to a finish line celebration at Albany’s Quackenbush Square eight days later on July 18, attracted the largest number of participants in the 18 years since PTNY began the event.

The Cycle the Erie Canal cohort represented 38 states, with New York, Pennsylvania, Virginia, Ohio, and Massachusetts having the largest numbers of riders. Some also came from Canada and even Australia, demonstrating the world-class status of the Erie Canalway Trail, which is one of America’s longest multi-use trails. For many of the riders, this year marked a return from another year to the tour. For a majority, however, the 2016 edition of the ride was their first exposure to the Erie Canalway Trail and even Upstate New York. 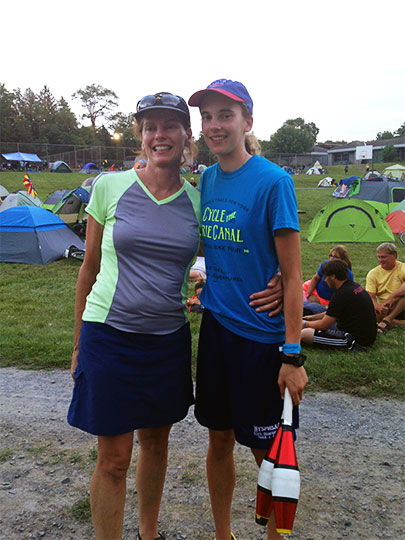 One of the first-timers was Assemblywoman Patricia Fahy of Albany. Assemblywoman Fahy has been a major supporter of making communities across New York State safer for walking and biking, sponsoring PTNY’s $20 million dedicated funding for trails, sidewalks, and bike lanes ask during the 2016 legislative session. In addition to her personal accomplishment of completing the 400-mile trek by bicycle, she is the first legislator to complete the Erie Canalway Trail End-to-End.

A longstanding tradition of the tour that seems to be getting better every year is the warm welcome communities give to the riders. Each day, elected officials, business owners, and residents greeted the hundreds of cyclists rolling into the small canalside towns and villages such as Medina, Holley, Camillus, and Pattersonville. Riders also encountered several miles of new and enhanced trail as the Erie Canalway Trail gets closer to completion (80% of the trail is now complete). 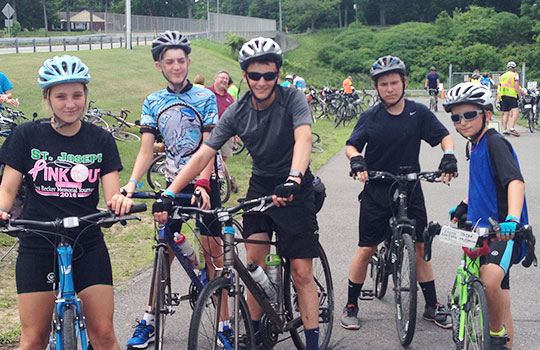 Besides offering great cycling, a long-lasting feeling of camaraderie, and a fun history lesson, the Cycle the Erie Canal tour demonstrates the economic impact that cycling tourism can have on communities across New York and the importance of completing and enhancing the 360-mile Erie Canalway Trail. According to PTNY’s 2014 Economic Impact Study of the Erie Canalway Trail, the more than 1.6 million annual visits to the trail generate a $250 million economic impact and support more than 3,400 jobs.

Don’t forget to mark your calendars for next year’s Cycle the Erie Canal tour, which will leave Buffalo on July 9 and arrive in Albany on July 16. For more information about the tour visit our website.