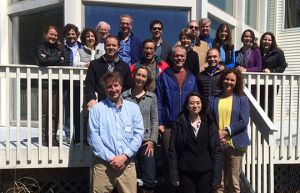 Parks & Trails New York, along with groups representing Massachusetts, Vermont, New Jersey and most other Northeast states, gathered in Connecticut last week for a conference to discuss how to meet growing demand for trail and greenway projects in communities across the region and create intra-state networks. The event, hosted by the Rails-to-Trails Conservancy, gave groups an opportunity to share successes and challenges regarding building, promoting, and maintaining trails in an era when funding for these projects is low, despite their increasing popularity. 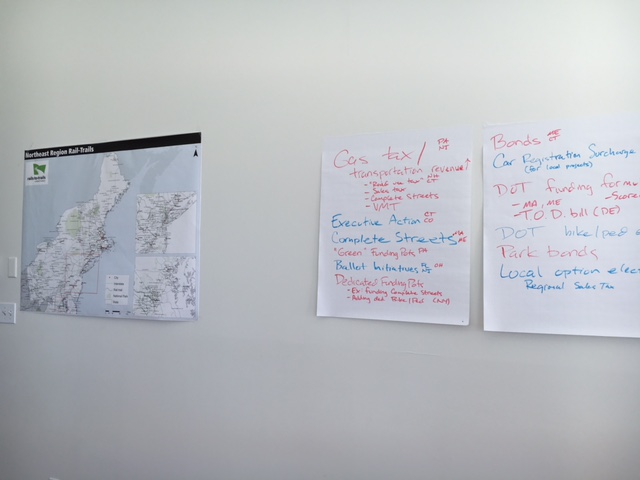 Regional trail networks, usually spanning hundreds of miles, were a major topic of discussion. Rails-to-Trails Conservancy highlighted its efforts to complete the Circuit trail system in the Philadelphia region. Over 250 miles of the 700 mile network are open for use, connecting communities in both Pennsylvania and New Jersey. Our discussions highlighted that completing these regional trail networks, whether the Circuit in Pennsylvania and New Jersey, the Emerald Network in Boston, or the Erie Canalway Trail here in New York, often requires bringing together diverse groups and funding sources.

The groups also discussed strategies to advocate for better funding of trails and active transportation projects at both the state and federal levels. Several states, including Connecticut and Pennsylvania, supplement federal transportation funding with dedicated state funding for trails, while others, like New York, do not. Groups representing states with these dedicated funding sources were able to share what worked in their states. The discussion was particularly relevant to Parks & Trails New York as we work to get $20 million in dedicated bike/ped funding into the next state budget.

Parks & Trails New York is encouraged by all of the great progress being made in creating regional trail networks in the Northeast and is glad to be a part of the effort!