Fighting for the Green

Fighting for the Green 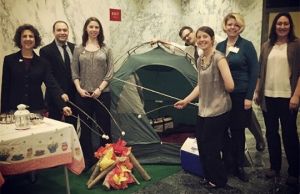 The 10th annual Park Advocacy Day was a huge success. Nearly 60 park supporters—coming from as far away as Long Island and Buffalo—came to Albany in support of historic investments in state park infrastructure, environmental programs, and grassroots Friends organizations.

Participants heard from State Parks Commissioner Rose Harvey, Senators Richard Funke and José Serrano and Assemblyman Steve Englebright during a morning program. These citizen advocates then met with 50 legislators to stress the importance of supporting the Governor's budget proposal, particularly another round of $90 million in Parks 2020 funding for capital needs at state parks and historic sites; a $300 million Environmental Protection Fund (EPF); and a second year of $500,000 for the Park and Trail Partnership Program, a capacity-building grants program for grassroots Friends groups. These efforts will have a lasting impact on legislators as they made important decisions about parks and the New York State budget. 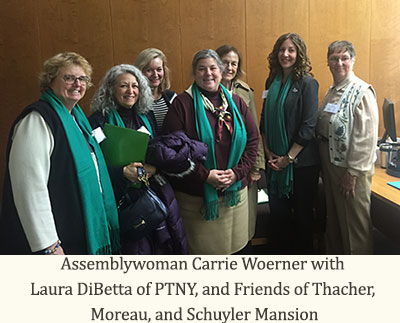 Just a few days earlier, PTNY staff were at the Capitol to highlight the importance of the EPF to state and local parks and trails. We joined with our colleagues from around the state in support of New York's dedicated source of funding for critical environmental programs that protect what we love about New York – our clean drinking water, our magnificent parks and trails, and our family farms.

To bring the EPF to life, particularly programs to expand opportunities to enjoy New York's outdoor recreational resources and boost tourism, we joined our partners at the Alliance for New York State Parks to do some camping!