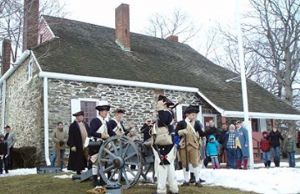 Check out one of the parks listed below this Presidents' Day. 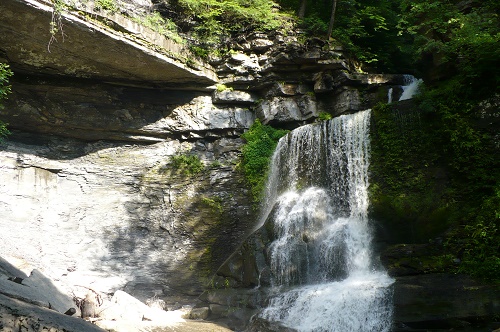 While hiking between the park's five waterfalls, don't forget to check out the replication of the log cabin where President Millard Fillmore lived as a boy. The 13th President of the United States (and the last President to have been associated with neither the Democratic nor Republican party) grew up less than 10 miles from the current location of Fillmore Glen State Park.

While many sailors visited this windswept shore, few Presidents that aren't visiting the Hamptons have made it this far out on Long Island. However, the Montauk Point Lighthouse, the first lighthouse in New York State, was commissioned in 1792 by President George Washington. As to whether the first President actually visited the lighthouse, there's room for debate. 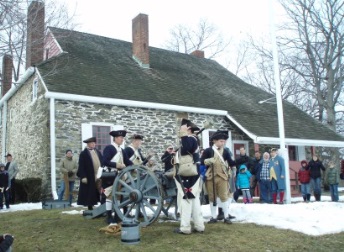 George Washington lived and worked in this home, the oldest house in Newburgh, from April 1782 to August 1783. Within its fieldstone walls, Washington made critical decisions that drastically shaped the outcome of the Revolutionary War. According to NYS Parks, "It was here that Washington rejected the idea that he should be king after the war; ended the Newburgh conspiracy, preventing military control of the government; created and awarded the Badge of Military Merit, forerunner of the Purple Heart; and circulated a letter to State Governors that influenced the writing of the Constitution." 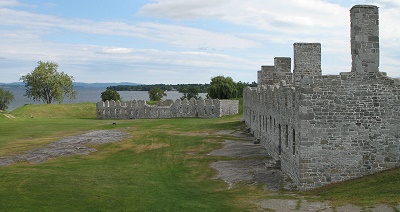 George Washington visited this fort overlooking the northern reaches on Lake Champlain on July 21, 1783. This stone fortification was the furthest north that America's first President traveled during the Revolutionary War. Nearly a decade later, in 1791, future Presidents Thomas Jefferson and James Madison also visited this fort, in addition to stopping in at the Chimney Point Tavern just across the Champlain narrows in Vermont. 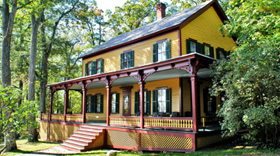 After the Civil War and his Presidency, Ulysses S. Grant retired to this home in the southern Adirondacks. He died here of throat cancer in 1885. He completed his memoirs in this cottage, taking in the beautiful views from the Eastern Overlook. 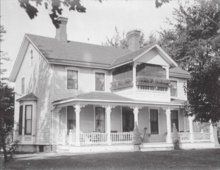 Grover Cleveland's uncle, the successful Buffalonian politician, businessman, and farmer, Lewis F. Allen, built the summer home "River Lea" in 1849 in what is now Beaver Island State Park. Cleveland frequently visited the farmhouse to see the uncle who helped him get his start in the law and politics.

Do you know any other Presidential connections to our state parks? Let us know on Facebook or Twitter!