Campaign to Save LWCF

Campaign to Save LWCF 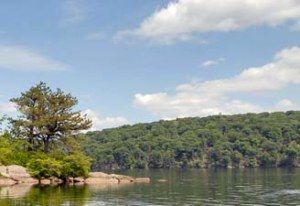 The Land and Water Conservation Fund is back . . .
and you made it happen!

Please thank your representatives in Congress
for bringing back the
Land and Water Conservation Fund!

The budget bill passed by Congress on December 18, 2015 funds the Land and Water Conservation Fund (LWCF) through September 2018 -- a three year extension in funding. It does not fund the LWCF permanently. Thanking your representatives for the extension and asking them to continue supporting the LWCF remains as important as ever!

PTNY led New Yorkers in the fight to re-instate this crucial conservation program. Now help us ensure it becomes permanent!

For 50 years, the LWCF has funded the creation and protection of our iconic national and state parks, forests, city playgrounds, wildlife refuges, wilderness areas, and historic sites. Funded with proceeds from offshore oil and gas drilling, the LWCF costs taxpayers nothing. It pumps money gained from our natural resources into conservation that benefits all New Yorkers.

New York State alone has received $319 million from the LWCF. From urban parks such as Riverbank State Park to world-class destinations like Niagara Falls and the Adirondacks, nearly all New Yorkers have benefited from the LWCF.

During this time, New Yorkers like you spoke up on behalf of conservation in New York. You let your representatives know that New Yorkers demand conservation programs in our beautiful state full of natural wonders.Thank you for your hard work!

DONATE NOW to our campaign to Save the LWCF. Help ensure the LWCF does not go through another funding lapse in the future!

If you are an organization, you can sign on to the national LWCF Coalition letter here.