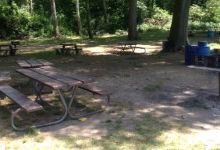 Whether your favorite park is out in the countryside or just down the block, it’s comforting to know that it will always be there for you and yours to enjoy.

Comforting – but not necessarily true. Park lands can be lost or carved up for other uses, like cell towers or municipal garages. It’s called “park alienation” – the taking of parkland for non-park use.

When that happens in New York State, the general principle is that the lost recreational space is supposed to be replaced, one way or another. This is a reflection of what legal scholars call the “public trust doctrine,” literally dating all the way back to the Roman Empire, which holds that lands, waters, shorelines and other resources held by the public are sacrosanct and cannot be given away.

But it doesn’t always work that way in practice. Perhaps because the basic legal principle is so ancient, the carving up of municipal park lands is governed by a mishmash of case-by-case laws and court decisions in New York State. There are documented instances in which municipalities have replaced lost parklands with parcels of less value – and sometimes, with nothing at all.

So the taking of parkland for non-park use is a problem, especially in dense urban areas where land is scarce. Takings have run the gamut from using parkland for other municipal services, such as water filtration, sanitation, and parking lots, to outright selling of parkland for private development. Just in the last few years, takings have been approved to allow for the development of an apartment complex, the construction of an air remediation tower, and the possible development of a package distribution. Each single instance may seem to have only a limited, local impact, but multiple takings over time result in a significant whittling away of precious community parkland.

The courts have tried to uphold the principle that before taking parkland for non-park use, a municipality must get permission from the Legislature. In most such cases, the Legislature has required the municipalities to either provide replacement parkland or dedicate funding toward the acquisition of additional parkland or park improvements.

But each such act by the Legislature is a one-off affair, not governed by a strict set of underlying rules, so the process is often confusing. Moreover, in some cases municipalities either don’t realize they need to seek legislative approval, or they just don’t bother to do it. And even when there is legislation governing a particular case, there’s no process to ensure that the terms of the approval have been met—that is, replacement parkland has been dedicated, funds have been set aside for future park acquisition, or funds have been dedicated to park improvements.

The Office of State Comptroller Thomas DiNapoli recently called attention to this problem with a Parkland Alienation audit of a sampling of cases involving municipalities around the state. The audit showed that in five of the 11 cases in the sample, the municipalities (including Clifton Park and Round Lake) did not comply with all the requirements of the legislation authorizing their taking of parkland. As the report indicates, “Noncompliance with the legislative requirements…can result in a net loss of parkland and open space for communities.”

One small way to address this non-compliance is a bill currently in the Assembly (A.2228/Englebright) that was passed last month by the Senate. The bill, a priority for PTNY and one we worked to have introduced, would require municipalities to report on the status of the actions required in the legislation authorizing their taking of parkland.

Parkland is vital to the sustainability and resiliency of local communities and the health and quality of life of all New Yorkers. Whether it’s a wooded picnic area or a ball field, the local parks we grow up with create lasting memories and cement our relationship with the outdoors. The state should take steps to codify the public trust doctrine, provide for greater government transparency and accountability, and protect community parkland from death by 1,000 cuts.