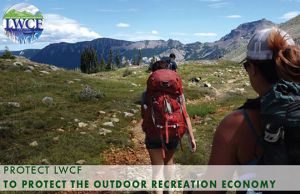 New York’s commitment to parks, historic sites and recreation in the state budget contrasts with the budget news at the federal level. The Administration has outlined plans to slash environmental agencies, including the Environmental Protection Agency (EPA) by 31 percent, the Department of Agriculture by 20 percent, and the Department of the Interior (DOI) by 12 percent.

EPA reductions would result in more than 3,200 employees (20 percent of the workforce) eliminated. The proposal cuts funds for programs that are critical to New Yorkers, such as Energy Star, Superfund sites, air-quality monitoring, and cleanup of the Great Lakes.

LWCF has helped protect some of New York’s most cherished places, with approximately $319 million coming into the state to protect places such as Sterling Forest, the Gateway National Recreation Area and the Home of Franklin D. Roosevelt National Historic Site.

Parks & Trails New York works with a national LWCF coalition to fight these cuts. Coalition members across the country worked to get their congressional representatives to sign on to a letter to the Subcommittee on Interior, Environment and Related Agencies. The letter asks that funding for LWCF continue in FY18. The letter was signed by 205 Congressional Representatives, including every New York State Representative. This shows strong bipartisan support contrary to the budget proposal.


Tags:
Category: You Gotta Have Friends