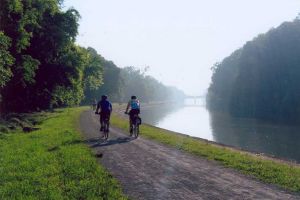 On March 2, Dozens of advocates, community leaders, and trail users converged on the State Capitol to spend the day meeting with their state Assemblymembers and Senators to discuss how the proposed 750-mile Empire State Trail will transform their communities.Their strong showing made a noticeably positive impact on the campaign to complete the proposed mega-trail by 2020. As budget negotiations begin later this month, there are still ways you can voice your support for the Empire State Trail. 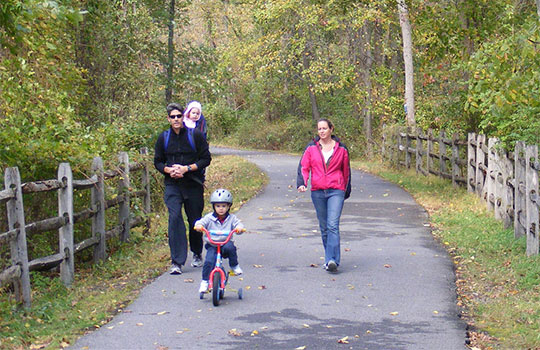 Here's how you can still take action to support the Empire State Trail:

Parks & Trails New York has prepared several resources on our website to help you communicate your support for the Empire State Trail and other trails across New York to your Legislators.

More about the Empire State Trail

The Empire State Trail will connect existing trails and greenways such as the Erie and Champlain Canalway Trails and the Hudson River Valley Greenway to create a statewide trail network that will link dozens of state and local parks, historic sites and museums, and communities between New York City and the North Country and Buffalo and Albany. Governor Cuomo's Empire State Trail proposal will result in 350 miles of new trail construction along the route by its completion in 2020. It's exciting to consider the positive impact this proposed mega-trail will have on our state's economy, tourism industry, environment, and our health.

Though it’s only 80% complete, the Erie Canalway Trail already attracts more than 1.6 million annual visits and supports more than 3,400 jobs in the 200 communities located along its route. For many communities, such as Fairport near Rochester and DeWitt near Syracuse, the trail is a major asset to residents and visitors alike. The trail not only benefits the businesses that serve lunch to hungry cyclists or sell shoes to local runners who use the trail each week, it also serves as a place for people to take their families for a safe and enjoyable bike ride or walk.

You may know of a trail near you that has had a similar effect on your community or your personal health. You may also live close to a trail that does not yet exist or is incomplete, but you’ve been working hard to help plan and advocate for it because of the economic, health, and tourism benefits it will have after the ribbon is cut.

Whatever your Trail Tale is, be sure to share it with your Legislator before the NYS Budget deadline on April 1.

We hope you’ll help us show the New York State Legislature just how important trails are for New Yorkers!