Parks & Trails New York is New York's leading statewide advocate for parks and trails, dedicated since 1985 to improving our health, economy, and quality of life through the use and enjoyment of green space.

This year, we are honoring National Grid & the Open Space Institute for their leadership and commitment to New York’s environment and its future.

Accepting the awards will be Kim Elliman, President and CEO of the Open Space Institute, and Rudolph Wynter, President of National Grid NY. We will also be welcoming NYS Senator James Skoufis as a featured speaker, recognizing his leadership in securing critical funding for New York’s state parks. 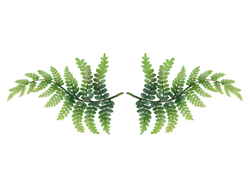 About the George W. Perkins Award

The Award is named for George W. Perkins, who, as a long-time member and president of the Palisades Interstate Park Commission, was a model of the best in conservation leadership. The Award is presented to a leader with a distinguished record of environmental accomplishment and public service.

The George W. Perkins Award is usually presented in the fall at a cocktail reception in New York City. These events typically attract an audience of 100-200 guests including public officials, corporate and business leaders, and people active in environmental and civic endeavors. They also bring together old and new friends of both Parks & Trails New York and the honoree.